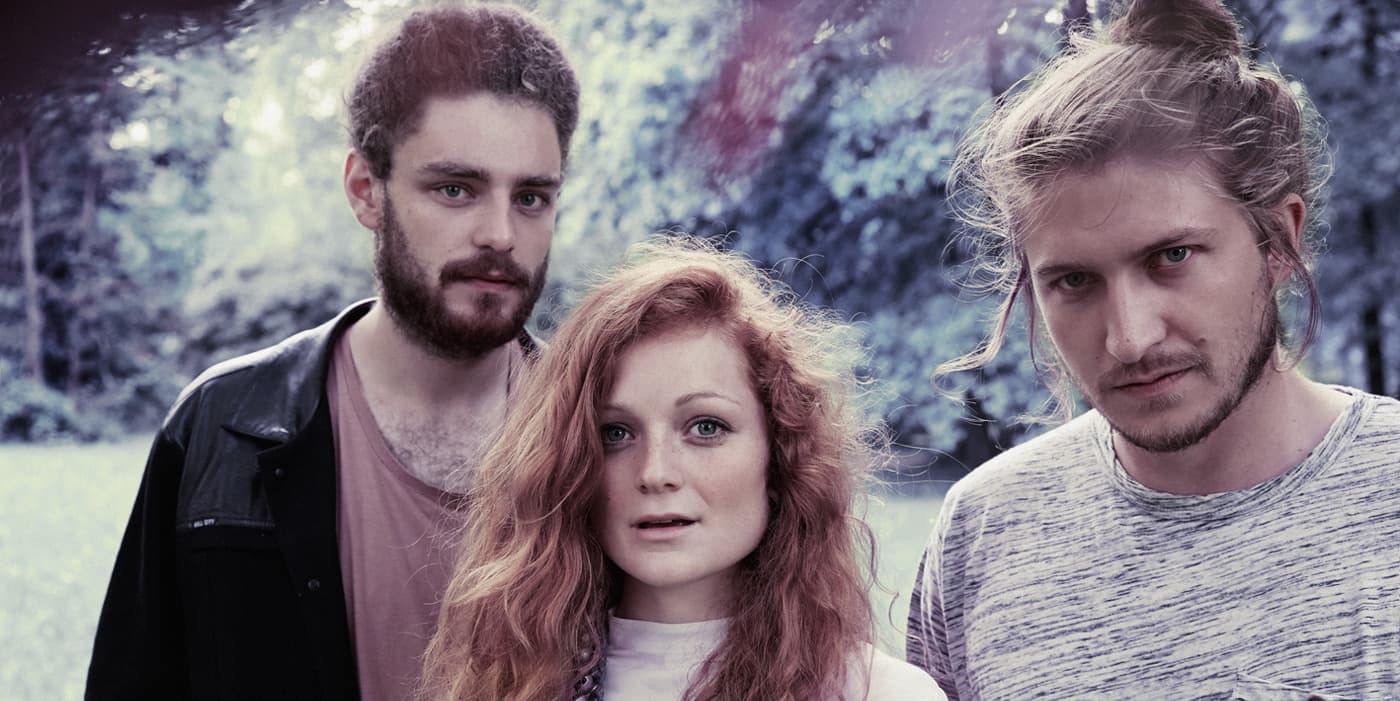 Social media is a blessing and a curse. It connects us. It drives us. It educates us. It engulfs us with narcissism, neurosis, and a sense of disconnect and loneliness. On their forthcoming sophomore album, Grow and Fade, Zurich-based trio Marylane touch on these subjects along with change, transition, and mortality. Written and recorded over a three year period, Grow and Fade was revised, polished, and perfected into a cinematic journey. Today, I have the pleasure of presenting the second taste of the album with a video for In My Head.

With their uncanny ability to channel the intensity of the forces of nature with the scope of their compositions and arrangements, In My Head is an emphatic and emotional pop soundtrack. Light ambient textures murmur beneath Larissa Bretscher’s vocals that pierce the space with lucid tendrils of ephemeral glass. As she reminisces, the cold dead breeze of winter bubbles in her veins with hopeless dreams and the crimson howl of paralyzing loneliness. You reconcile to a life without someone, but a second’s thought is enough to penetrate your hollow bones with a million billion piercing screams and thrust you into a bottomless void. It’s deeper than all your regrets and sorrows. No light. No future. No hope. Just the slow, long-drawn cry of desolate despair and its bitter gnaw that ruminates in your belly with Marylane’s tense thunder of drums.

In the CAVEMEN directed video – the second part of a trilogy – we follow a lonely, disappointed, and despondent family through a series of bleak scenes that explores the labyrinthine configurations of family, in light of loss, and the tangible effects of the aforementioned void. Watch the cinematic story unfold for Marylane’s mesmerizing In My Head.