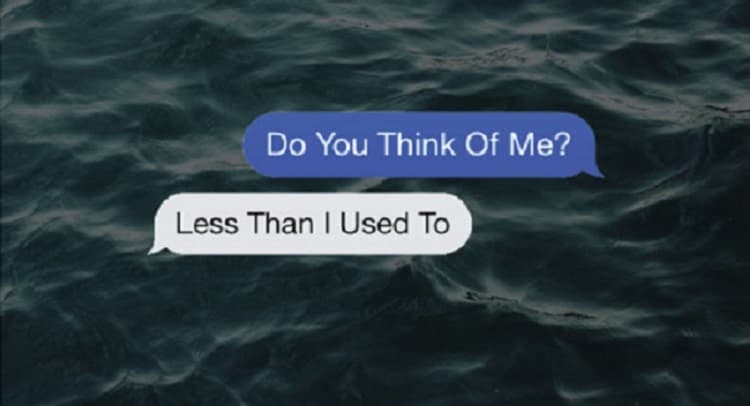 “Do You Think Of Me?”  Whether or not you’ve asked this, the thought has crossed your mind. Probably more than once in your lifetime. Hailing from the Greater Toronto Area, KINO took his neurosis and flipped it into a short EP with the same title. He does an exceptional job conjuring feelings of your own neurosis from past scenarios. The type of stuff that keeps you up at night, 10 years later. I feel you, KINO. Here’s the follow up to last years Leo EP and a quick little chat we had. Bump Do You Think Of Me? and check out what KINO had to say below.

As this question is presented and she starts typing back, time stops. I imagine myself as a little being in my mind, slowly picking away at each thought. “What will she respond with?”, I ponder in silence. As I think of every possible scenario, I weigh out every option she can possibly be construing as she types away. I tell myself, “She can only be thinking one of three responses”. I lock myself away in my thoughts and attempt to bring each possible response to life – through the notes in these tracks.

It’s done. I wake up confused, I don’t know where I am or what has happened to me. What I do know, though, is that a weight has been lifted off of my shoulders.

I’m 20 years old. Been producing since I was about 12 (that’s when I met Boi- 1da). Producing under KINO specifically for about a year and a half now (used to make rap beats but rappers don’t really pay so that’s all dandy, haha.) The idea with KINO is to kind of be the bridge towards the listener’s emotions towards others. Whether it be love or hardship. We’ve all gone through it and I want people to be able to feel that through my music. Feel that they’re not alone in their emotions. 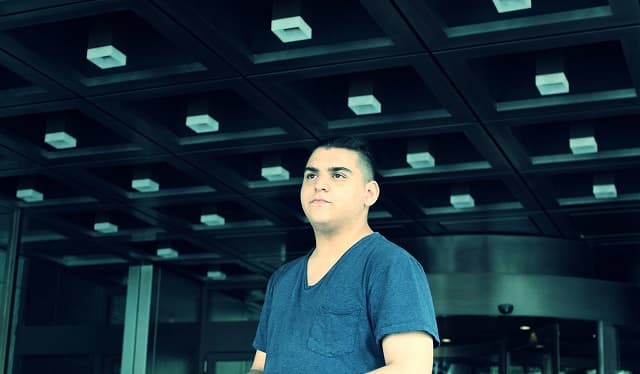 Did you dive right into producing, or do/did you play an instrument when you were younger?

Hahaa. I dove right into producing. Met Boi-1da back in the day at a RapCity screening and had a nice talk with him. From that day on, I’ve been making tracks. As instrumental music may not express as much as music with vocals that people can relate to, I hope the titles of the tracks are able to bring together mutual feelings with others. Because we’ve all struggled after sending an important text message or telling someone exactly how we feel towards them. Hopefully the fact that I can bring that through my music will allow people to realize that they too will be able to get past these feelings.

Meeting Boi-1da was amazing. He’s a really nice guy, extremely humble too. I actually met him ‘by accident’, so to say. My sister’s friend was a guest host for RapCity one night and she had guestlist spots and ended up asking my sister if she wanted to come out. My sister wanted to experience it but didn’t want to go alone. I reluctantly agreed to go with her (because I never thought of being a producer until this day happened). He ended up showing the crowd how he made some of Drake’s earlier beats in like 30 minutes. I was shocked at how easy he made it sound. We talked after the screening and that night, I went home and started attempting to make music. My first few years of producing were very experimental, and I wouldn’t say I really got seriously into this until 3 years ago. 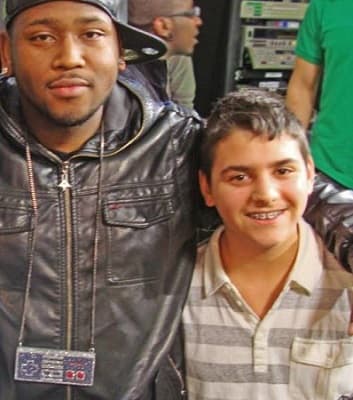 Are you in school for something music related or?

I went to school at Harris Institute, located downtown, for a year. I didn’t go for production though. The school had the production and the management programs. Since I had already taught myself all of what I knew the past 7 years, I decided to take their management program. Although it’s aimed to help build you up so you can be a manager for artists, I used the knowledge to try and better myself as an artist.

Where do you see yourself in 5 years then?

That’s a tough one. I hope a lot will happen in the next 5 years. By the time I’m 25, I hope to at least have some of my music in video games. I’m a big gamer and I would love to be able to provide music for games that would like to bridge the gamer with their emotions. I would love for my music to subtly play in the background of a much bigger storyline. If at all possible, I’d also love to score an indie movie. Maybe about love, maybe about hardship. I’m not exactly sure. But then again, I’m also not exactly sure of the opportunities that can pop up in the next 5 years. Hopefully they treat me well though, hahaa. 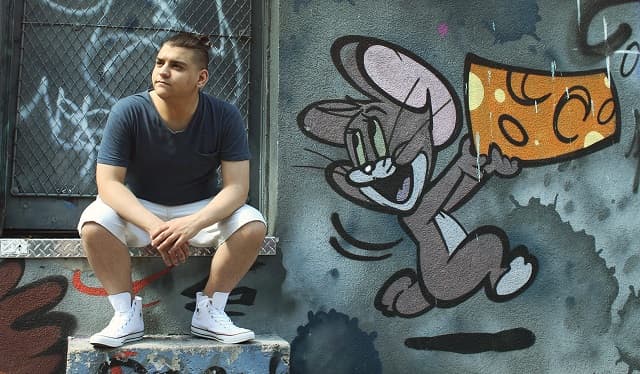 Scoring a film would be amazing. I am/was a big gamer too. What are you currently playing?

I really enjoy team-inspired games. I’m currently stuck on playing League of Legends and Civilization 5. That makes me sound like such a nerd but I don’t even mind because outside of producing, I’m pretty much a nerd, hahaa.

Oh man, I tried getting into LoL years ago, but just couldn’t do it. I do watch pro games every now and then though. Anything lined up for the rest of 2015?

The learning curve of LoL is actually pretty steep, so I don’t blame you. I only was able to get into it because I learned how to play it with a group of friends, so we all kind of helped each other progress. This EP is going to probably the biggest release from me this year, but I wouldn’t count out a few more singles being released. It all depends on the direction my emotions take me for the rest of the year.

How do you feel you’ve grown since your Leo EP?

Damn, my Leo EP feels as though it was released forever ago. I think the past year and a bit since that EP was released has acted as a nice canvas for me to express and expand my sound into what it is. Before KINO existed, I used to strictly make hip-hop beats. I think my Leo EP was the first time I actually made original, ambient-based music. Since then, I’ve found more of a middle ground between ambient tones and hip-hop. I like the position I’m at right now, hopefully I can continue to grow both of those aspects of my music.

Thanks for the chat, man. Anything you’d like to add?

Thank you for showing an interest in my growth, man! The only thing I’d like to add is that I hope this EP is able to speak to people on an emotional level and that it helps them break out of whatever hardship life is throwing at them right now. <3