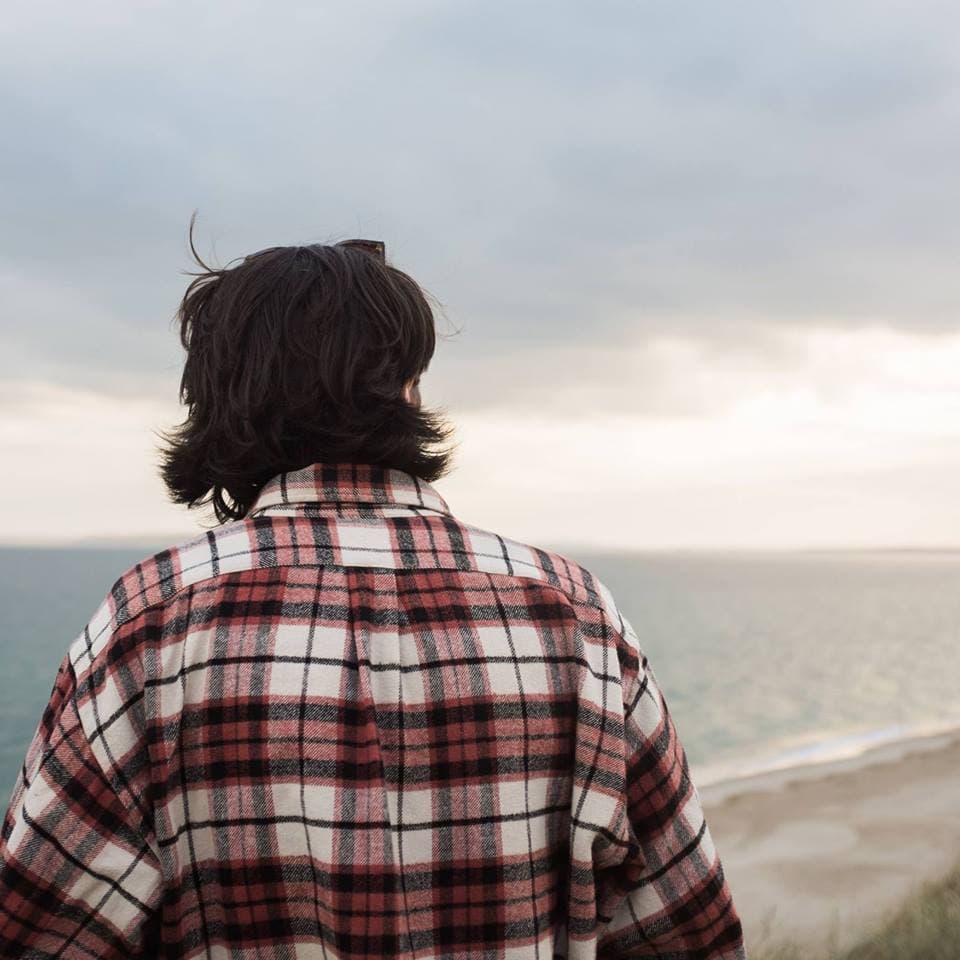 I find expressing myself through melody and music a lot easier than putting it into words.

Out of Brighton U.K, Bevan is starting off the new year with some new tunes. Off his upcoming Together & Alone EP, we’ve got the first single for you, Promise. Originally written six months ago after meeting someone, it’s easy to feel what Bevan was going through during this period. Sampling one of Ciara’s standout songs, Bevan’s rendition is warm and uplifting. The slow and charming fuzzy intro lures you into Ciara’s passionate vocals and lyrics. Promise is intimate and exactly what you’d wake up to, lying next to the one you love, in total peace, comfort, and love.

We had a chat with Bevan as he rode a train from his hometown of Christchurch and back to Brighton. Read what this 19 year old musician had to say as you spin Promise on repeat.

So I’ve been producing music for about two years now. I started in sixth form when I was 17 after being exposed to a lot of electronic music. I am originally an instrumentalist; I got lessons for drums when I was 12, picked up guitar when I was 14, and I taught myself the piano when I was about 16. So I learnt the basics of rhythm through drum tuition, then the basics of music theory from learning the guitar and piano, which has aided me a lot in my producing.

Are you in university for music or something entirely different?

I am studying Sound Engineering, but it’s not focused around production at all, really. More technology in music.

So where do you see yourself in the future? Still producing your own work or?

Ideally I want to compose and produce music for other people. Composing for film interests me a lot, but my degree provides me with something to fall back on. So I will probably end up as a recording engineer as producing is very competitive, and I don’t feel my production stands out too much. There’s thousands of teenagers around the world that are far better and far younger. But I can see myself juggling producing and composing with being a recording engineer simultaneously.

Ya, there’s a ton of kids under 19, putting out crazy good stuff. Too many to even mention here.

Yes, all the Soda Island Boiz are crazy good. Most of them are 17. samgellaitry , totototoro, etc etc

What artists right now would you die to get in the studio with?

I’m not really to open to producer-producer collaborations usually. It’s something that takes a lot of trust and a creative relationship has to be established, where both of you can critique and improve each other’s work efficiently and effectively. So I usually work with songwriters and vocalists because it’s less complex, I make the instrumental they sing on it :’). But that’s not to say I wouldn’t want to work with my favourite producers, ones I listen to all the time.

You worked with BLANKTS and Teddy, both from Toronto, on your last EP. How’d that come about?

Ya, I love those two, they are two insanely talented people. Well I was just listening to music and I stumbled on Tulpa. I heard his first track with BLANKTS and teddy, “A Cabbage Named Fred”, and I straight up messaged Blankie! Something in her voice was so addictive and cute, and the lyrics were flawless. So me and BLANKTS discussed what kind of track we wanted to write and ended up talking about cute things and word phrases. I decided on the song name before I even started the instrumental. Wrote the whole thing over like 2 or 3 evenings. The writing process actually ended up lasting around 3 months to come to a finished version where we were all satisfied with the track

Crazy. That track is really good.

Thank you. I was reading a lot about music composition and theory at around that time and I remember chord inversions specifically. So I am still proud of the composition and arrangement of the instrumental today! But BLANKTS and teddy did an absolutely stunning job with the vocals. The lyrics communicate exactly what the EP’s theme was about and I ended naming the EP after that song. 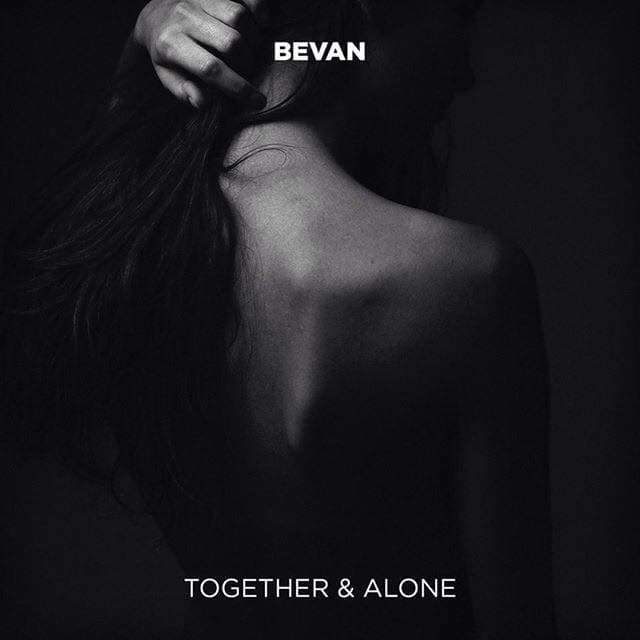 Promise, the first single from your upcoming EP, is a little different from the Heart To Heart EP. Will the new EP be similar to Promise?

Yes, the recurring theme in every song I write as Bevan is that the songs are emotional. Whether happy or sad, I will always write a song about a feeling, place or person. The song title, lyrics and artwork aids to communicate the emotion. It’s me trying to demonstrate ideas and engage with people by creating something relatable that might resurface a memory or remind them of someone significant. But Heart To Heart was all very cute and adorable. My new EP Together & Alone is a little deeper, some of the songs are sad and others are somewhere in between. The songs in between are up for interpretation, but Promise was written after meeting someone, and the rest of the EP is similar in timbre and theme.

Is the whole ep influenced by this someone?

Nooooo, Promise was written like 7 months ago. The rest of the EP was written in the last 3 months, but one track on the EP is specifically written for someone I met recently!

Haha, I really am quite the opposite irl. But I find expressing myself through melody and music a lot easier than putting it into words. It’s something I enjoy doing so I hope people enjoy listening.

If you weren’t a musician, what do you think you’d be doing instead?

The only other subject in school I enjoyed and was half decent at was psychology. So I would probably be at university studying that and looking at possible careers in clinical psychology.

Who are some of the artists you have on repeat these days?

Grynpyret, Izzard, spire, kayebeats. I am always listening to Mura Masa, Ekali, Atu! Lido and Cashy are also constantly on loop. Justin Bieber too. Those are my main influences. Especially spire as of late. He’s been teaching me a lot recently too!.

Collab in the future?

For me making a track with any of the aforementioned producers would be very very cool and I may have to ask about it soon :’).

How do you think you’ve grown, musically or otherwise, between Heart To Heart and Together & Alone?

I’ve learnt more theory recently and feel I’m better practiced in composition and arrangement. But the biggest growth is definitely mixing and mastering. I bought some really nice headphones
and spire has been teaching me a lot about what I need to do to make my mix downs better and more professional. So that has helped a crazy amount!

It’s pretty mad. I’ve already seen so many of my favourite acts live including Mura Masa a couple months ago, but the music scene is a lot more active and existing in Brighton compared to where I lived at home.

Hopefully he hits up Toronto this year. Where’s home?

Hopefully! He is a genius, his music is something truly worth anybodies time. Home is about a 2 hour car ride from Brighton, in a little town called Christchurch. It’s an ageing population full of retiring couples

And an imaginative name.

Indeed! I am forever glad I was brought up there as it made me more motivated to get out and move into a city, and meet a tonne of great people and appreciate living in such a cool place.

So what do you have in mind for the rest of the year? Any big plans?

Me and my friend kayebeats are gonna try to put on a show out here in Brighton with two other producers from London. I’m gonna see where this EP goes and try to get a feature on Majestic Casual, and get played on BBC Radio. And more! I want to move forward a lot this year.

Well thanks so much for chatting. Anything you’d like to add?

Thank you for chatting! And shoutout to one of my best friends, Harry Thorpe, for doing all my artwork because whatever I describe to him, he’ll always create something better than I imagined. He has a very good eye for graphic design!