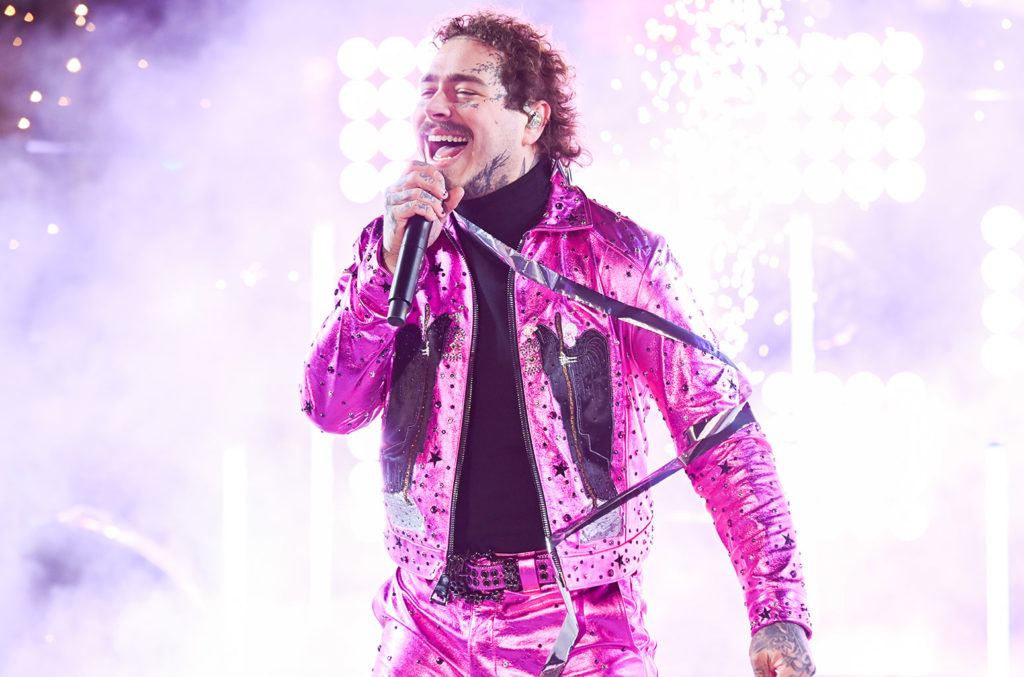 “We were all a little on edge standing in line, but once we made it inside and the concert started, we all kind of forgot about everything.”

Concerts went out Thursday night not with a bang or a whimper but a tattooed rapper in a Misfits T-shirt reminding thousands of people to use hand sanitizer. “It was surprising, because it felt like nobody had a care in the world,” says Deanna Regalado, a former iHeartMedia radio DJ in her 30s who attended Post Malone‘s Pepsi Center show last night in Denver. “It’s going to be really weird for a little while. We’re all just going to be home not bonding over music.”

The world’s biggest concert promoters, Live Nation and AEG, suspended all major events due to the coronavirus pandemic earlier Thursday, just as the National Basketball Association and Major League Baseball abruptly halted their seasons and Coachella and South by Southwest canceled their dates. (Coachella is currently planning for October instead.) But a few scheduled arena shows slipped by as unofficial finales — including Post Malone in Denver; Billie Eilish in Raleigh, North Carolina; and Prince Royce in Los Angeles. Although the artists absorbed social-media criticism for potentially allowing COVID-19 to spread more widely to vulnerable Americans, those who attended felt a sort of charged surrealism, as if witnessing the end of something.

Regalado considered not going to the Pepsi Center, but when she saw Live Nation hadn’t canceled the show, she packed up her hand sanitizer and alcohol wipes and took the risk. “I was like, ‘OK, let’s do it, one last hurrah before we go into isolation,'” she says. “Everyone was looking forward to seeing Post Malone for so long that they weren’t going to let the whole madness of the coronavirus stop them.” Bray, a 16-year-old from Texas who wouldn’t give her last name, received tickets from her grandmother for Christmas last year and took two flights from Amarillo with her mother to get to Denver: “We were all a little on edge standing in line, but once we made it inside and the concert started, we all kind of forgot about everything.”

Malone’s tour, promoted by Live Nation, was part of the cancellations announced Thursday, but his Denver show remained on the schedule. A Denver spokesperson said before the concert that the decision was “at the direction of the Pepsi Center and the concert promoter.” Reps for Live Nation, the Pepsi Center and Malone did not respond to requests for comment. On Friday (March 13) Governor Jared Polis restricted gatherings to a 250 people or fewer.

In continuing to perform, Malone became a social-media lightning rod for those trying to “flatten the curve” of exponentially increasing global coronavirus cases. “A horribly irresponsible decision,” someone posted on Twitter. “So much for social distancing,” said another.

Eilish’s show drew similarly polarized reactions, from a fan who posted “fuck coronavirus . . . I’m here for a good time not a long time” to critics who unsuccessfully begged her to cancel or postpone.

“I don’t blame the concertgoers,” says Andrew Noymer, a University of California Irvine public-health professor. “Most of the criticism goes to the organizers — I know it’s still early days, but if you think you’re smarter than the NBA and the NCAA and your peers at Coachella and South by Southwest, I’d really like to know where you get that attitude from.” Nataria Joseph, a Pepperdine University clinical-health psychologist and professor, suggests rebellious fans may have attended due to cognitive dissonance, the same phenomenon in which smokers “dig their heels in and become stronger in that belief,” despite health risks to themselves or others.

Before attending the show, software consultant Corianton Johnson checked the number of coronavirus cases in Colorado and decided the likelihood of spreading the illness was relatively low. “I definitely had some pauses. I tend to avoid large groups in general for health and safety,” says the Denver 29-year-old, who attended the show with his wife after winning tickets in a work contest. “Everywhere we went, they were talking about coronavirus. When Tyla [Yahweh, a rapper and opening act] said this was going to be the last concert of the tour, the crowd went nuts.”

He adds, “It was a night that people were trying to get away and forget about it.”