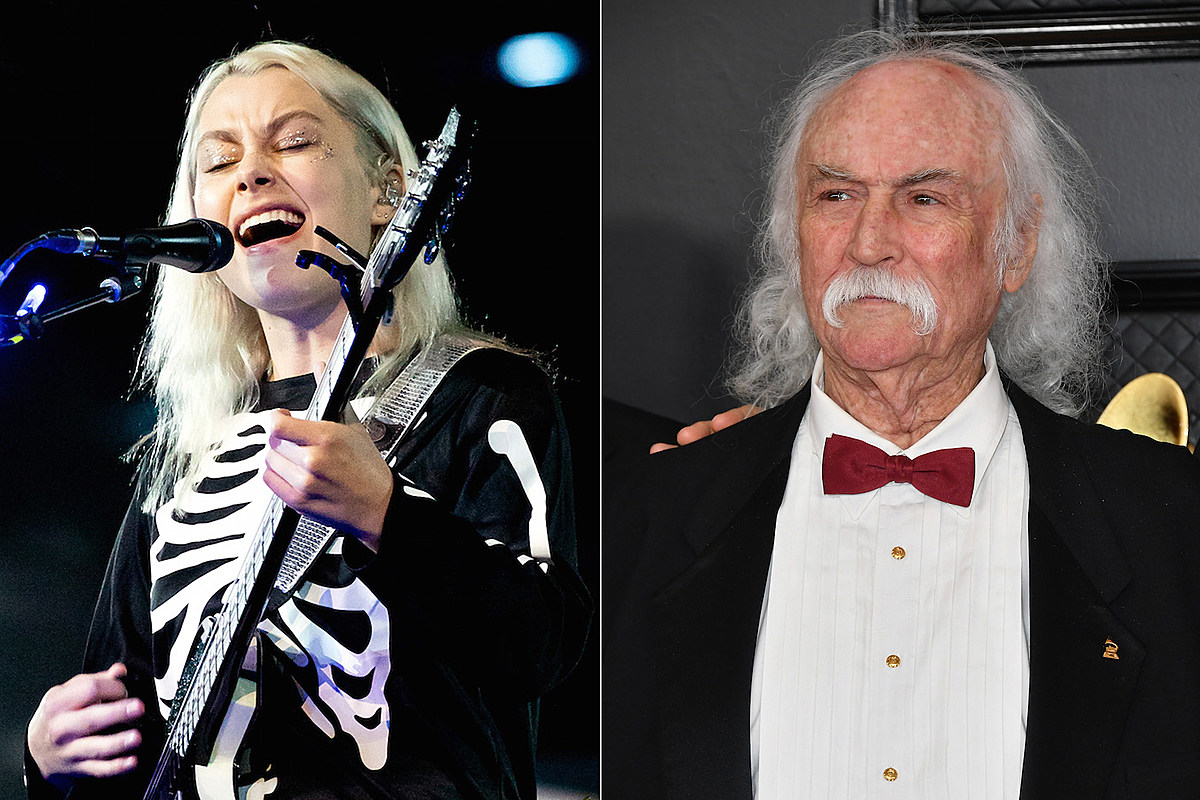 Phoebe Bridgers, the 26-year-old Grammy-nominated indie singer songwriter, recently performed on Saturday Night Live and smashed a guitar at the end of her performance. The stunt has since been the center of outrage, as if smashing a guitar was the most wasteful act a celebrity or Hollywood has ever committed, and drew criticism from notoriously crass folk rocker David Crosby.

Bridgers, in turn, called him a "little bitch" for what he said.

The act of smashing a guitar is a hallowed one in the world of rock 'n' roll — an infamous outpouring of destruction that is, in part, synonymous with the rebellious spirit of the genre. It's been done countless times onstage and was even the focal point of the London Calling album cover by the seminal punk band The Clash.

One Twitter user asked the Crosby, Stills, Nash and Young singer-songwriter, who infamously downplayed the impact of Eddie Van Halen after his death last year, for his opinion on Bridgers' attempt to destroy her guitar at the end of her performance.

"Pathetic," was his reply.

Bridgers responded to the putdown with double the amount of words and a similar level of simplicity and directness when she commented, "little bitch."

One day prior, Crosby tweeted his disdain for Bridgers' execution of the classic and recurring rock stunt.

"Guitars are for playing ..making music …..not stupidly bashing them on a fake monitor for childish stage drama…..I really do NOT give a flying F if others have done it before. It's still STUPID," he ranted.

The indie rocker has made light of the heated criticism and even shared a photo from the night, where sparks were seen flying from a fake stage monitor that was deliberately used as a prop. "Got some really great feedback from my performance! Next time I'll just burn it and it will be more expensive," she said on Instagram, taunting her detractors.