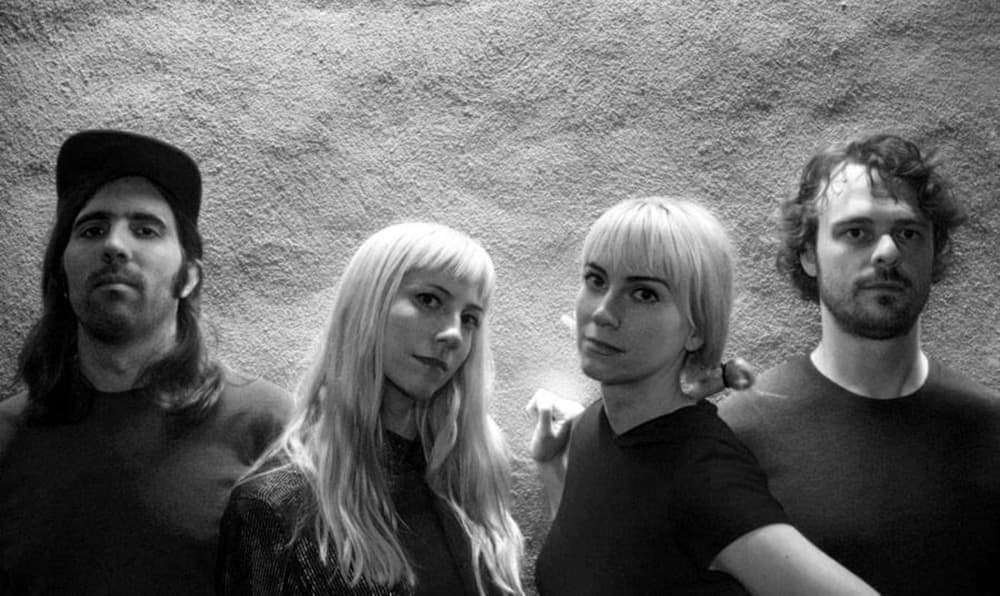 Having left their previous band, twin sisters Chantal and Kathleen Ambridge brought on Thomas Augustin and Jonathan Lafrance to form Penny Diving. With their debut album slated for next year, the Montreal-based band has shared their debut single and accompanying video for Stella.

Part swampy grunge rock, part shoegaze, Stella whorls and gnarls with the crunch of unhinged jaws to a drone of muted, pale static, lost in the ether of dreams. The alabaster vocals, like tendrils of smoke, seek sanctuary in a place that ceases to revolve and fog in this nexus. Speaking of the song and video, Chantal reveals:

“The writing process is intuitive and telepathic almost, and by being this close to one another, it can only enhance the creative output. With “Stella” the pieces quickly fell together, out of the sky and into my lap. We wanted the video to portray dreamlike visions, because I think a lot of processing happens in dreams, in your subconscious, and if you can somehow tap into that, you can tap into the bigger picture. Bridging the gap between the tangible and intangible.”