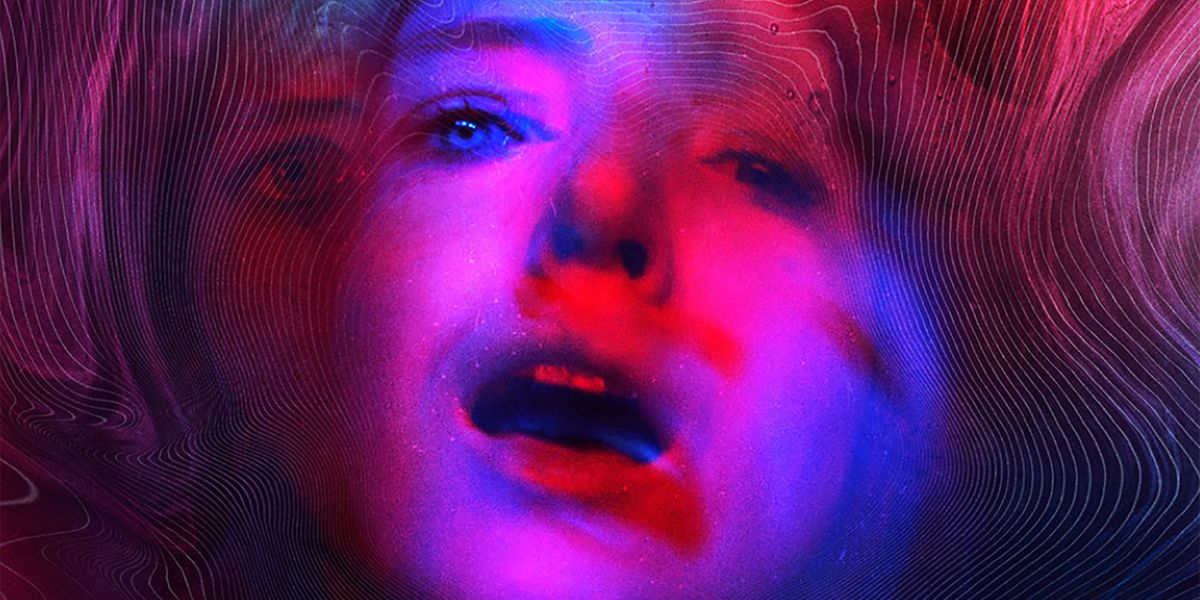 It is possible that ten years from now, when COVID-19 cases have hopefully gone the way of the bubonic plague, people will say that films like Amy Seimetz’s She Dies Tomorrow are emblematic of a certain strain of late-stage Trump Pandemic-era anxiety. The film doesn’t address the time period head-on, avoiding obvious cultural signifiers while still placing itself in a specific place. Its characters are clearly residents of a particular strata of upper-middle-class Los Angelenos with interesting jobs and creatively appointed houses who think nothing of going out to the desert to do mushrooms and keep a roiling cauldron of anxiety barely concealed. But the sense of looming catastrophe that the late 2010s seeded in so many of us is beginning to flower.

Patient Zero in the She Dies Tomorrow‘s contagion narrative is Amy (Kate Lyn Sheil). A young woman of indeterminate profession and a drinking problem that she seems intent on fully indulging, she’s first seen having just moved into a new house that she already appears to be haunting with her own spirit. She’s tangled up in both an inability to get past the memory of a previous relationship and in grappling with the dead-certain knowledge that she will die the next day.

These issues wrap her up in a kind of anxious inertia. This manifests as her drinking wine and staring off into space while playing Mozart’s Requiem on a constant loop (on vinyl, naturally). Her slow-motion California crack-up plays at times like a less Grand Guignol take on Roman Polanski’s Repulsion (1965), with her madness registering as voices coming from her hand. There are Stan Brakhage-esque interludes (Mondo Boys’ eerie audio throbs laid over bright-tinted close-ups of cells in motion), and stabs of primary colors that flash over her face as she beholds a horror the viewer cannot see. (She Dies Tomorrow would play quite well on Mystery Science Theater 3000 with sarcastic robot feedback.)

At first, Seimetz leaves room in the scenario for the possibility that Amy’s fear is, to some degree, self-induced. When her long-suffering friend Jane (Jane Adams) shows up, her response is immediate and irritated. “Nobody is turning you into a leather jacket,” Jane sighs at Amy’s insistence that her body be repurposed into clothing. Tiring of Amy’s halting, arrested, narcotic delivery (“I … am … going to die tomorrow … It’s okay”) and not wanting to watch her slide back into alcoholism, Jane eventually leaves.

Once Seimetz shifts attention from the sturm und drang of Amy’s interior calamity to following Jane, the story begins. At first, Jane blows off Amy’s concerns (one gets the sense that she has bailed Amy out of many a panic or self-created problem before). Then she considers the possibility that Amy’s life will in fact end the next day. Once that coruscating fear has conquered Jane’s psyche, she crashes her sister-in-law’s birthday party with a manic message of doom. When the party turns from glib wine fest (one guest mocks, “we’ve got a reader here” after Jane mordantly quotes from Camus) to super-spreader event after which each of the guests is infected with the same terror, the story takes on a broader metaphorical significance.

Only it never quite comes together. In part, that’s because Seimetz doesn’t seem to have determined where her story will exist in the fraught juncture between nightmarish reality and realistic nightmare. There’s uncertainty over whether Amy’s fear is real (she actually will die tomorrow). Perhaps it’s caused by some external haunted entity (the thing flashing those lights in her face). Maybe it’s a turbo-charged version of everyday panic, fed by the dead-end result of nights wasted on mainlining Twitter hate and cable news anxiousness. Whatever the reason, it doesn’t need to be made clear for the film to succeed. But even as Amy’s personal apocalypse turns viral and eventually bloody, the story fails to pick up the pace.

Part of She Dies Tomorrow‘s inability to hook itself to the terror of the moment is the paucity of the concept. The story wouldn’t have been stronger with significantly more explanation; its well-calibrated aura of mystery is one of the things Seimetz does best. But so much of it is repetitious even as it digs deeply into the relationship that haunts Amy and may have kicked off her panic. By the end, we are, in many ways, back where it began. This could be Seimetz’s intent. If so, her story would have been better suited to follow almost any of the other characters—particularly one of the partygoers, Brian (Tunde Adebimpe), who turns his onset of mortality as an excuse to do the things he should have done—rather than continue focusing on Amy’s paralytic fear. She may or may not die tomorrow, but the narrow and unenlightening range of her anxiety ultimately kills the movie.