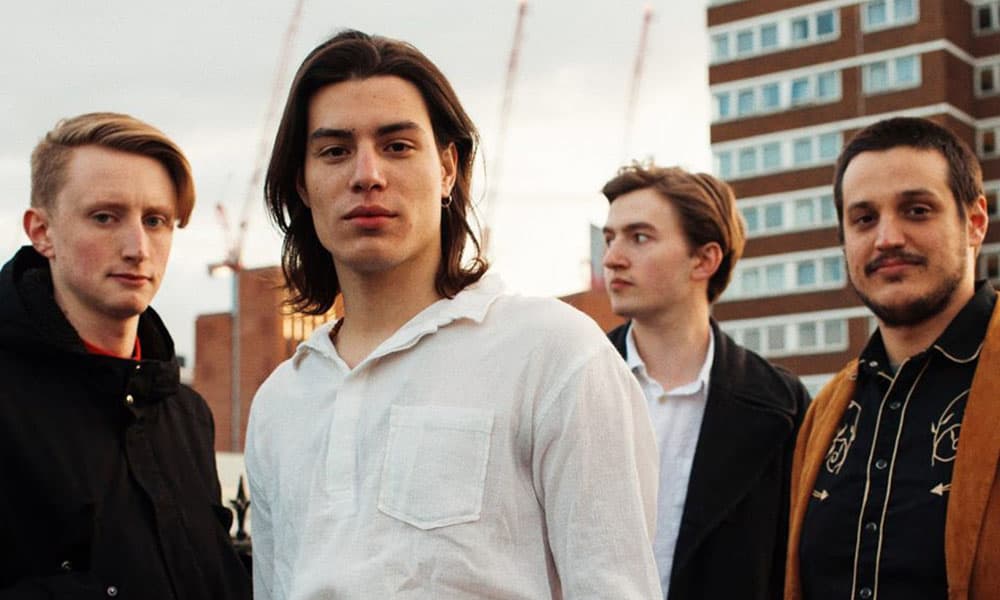 From East London, P.F. Phillip and the boys of The Night Riders were united by their love of music, pasta, and cheap American comedy films. Fusing their influences of rock and roll with that of the 60’s, they released their debut single, “Losing Touch“, back in May. Now the boys return with a new single and video for Your Lips Are For Kissing.

Like a cerulean dream, the tender brush of an acoustic guitar and an ambient hum is accompanied by an introspective Phillip as he reflects on the bittersweet end of a relationship. It was a love that rang true but stank with the eyes of a stranger and now there’s no love to give. As a lamenting Phillip continues with unmentionable anguish and burning questions, monstrous and mad, the band swings and trembles with one final howl as Phillip’s lets go.