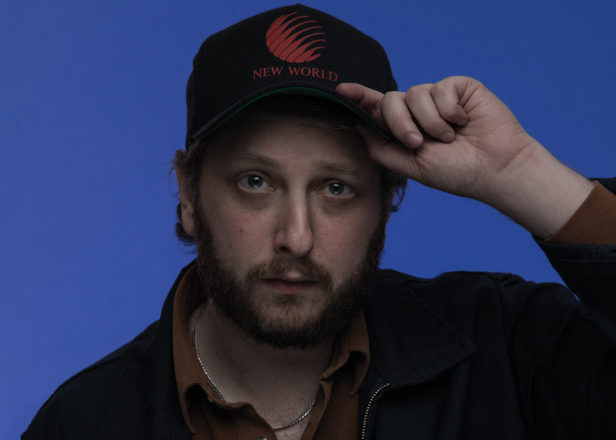 Enigmatic American producer, Oneohtrix Point Never (OPN), is back with his latest single ‘Black Snow’ which is accompanied by a dark and wonderful, self-directed music video.

Oneohtrix Point Never (real name Daniel Lopation), is known for his vivid compositions, experimental electronica and synthesised based recordings. The product from Massachusetts has previously graced us with dreamy jams such as ‘Chrome Country’ and ‘The Pure and the Damned’ featuring the croaky vocals Iggy Pop.

‘Black Snow’ however, is the first release f OPN’s latest album, ‘Age Of’, which is scheduled for release on Warp Records  Inertia Music, on the 1st June 2018. The album has an enthralling storyline, from with James Blake to recording demo’s with Usher.

As for ‘Black Snow‘, the lyrics are inspired by Nick Land and his which was a 1990’s collective diverse thinkers who produced performance art, techno-science, poetry and fiction.

The record parries between late night-fuzzy jams and modern synthesised beats with a distinct auto-tune vibe (not the T-pain type…think more Bon Iver on 22 A Million), which gives the track an ethereal edge. The song’s breakdown features a unique instrument invented by Hans Reichel in 1987 called the Daxophone, while the outro is consumed by a modulated, house music-inspired organ riff.

The video accompaniment to ‘Black Snow’ is equally gripping. It follows a mutant-type man, who looks as if he is sent back in time whilst grappling with the fallout nuclear war. OPN has aimed to generate confusion and ambiguity in this film clip, to depict the uncertainty conflict.

If ‘Black Snow’ is anything to go by, Oneohtrix Point Never’s impending album, ‘Age Of’ (Out June 1st 2018), will be a wild sonic journey…strap yourselves in.

Check out the album art and track-listing below: