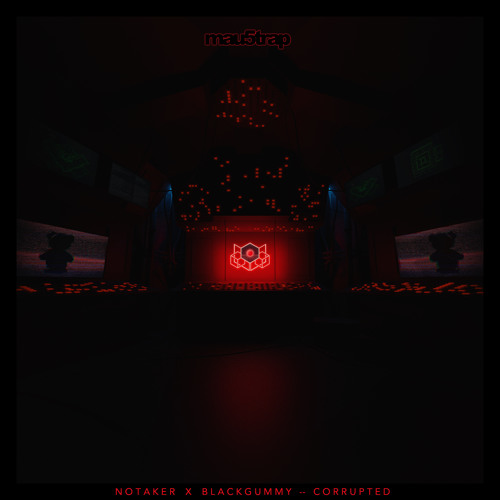 Notaker and BlackGummy have collaborated and the result is a fantastically dark adventure through sound with Corrupted, released on Mau5trap. This is the first single from Notakers EP EREBUS I set to come out on July 6th. Notaker brings his mastery melodies and magic synths to the underlying darkness that is BlackGummy. Notaker is known in Monstercat circles but he is no stranger to the Mau5trap label, having appeared on the We Are Friends Vol 6 with Abyss. BlackGummy has been pumping out some the best dark progressive house/techno since he burst on the scene three years ago.

Corrupted begins by slowly pulling you into a fantasy world. Notaker has proven his ability to create vast cinematic soundscapes and this intro is a delightful example his talents. Lost in what feels like a dream, your focus is reeled in the darkly saturated bassline, giving the track that BlackGummy edge which contrasts the previous feelings deep relaxation. The powerful bass drives the song forward as a wood knocks and well placed eerie high pitched shrieks echo behind drums which fade in and out. The song progresses, continuing to getting larger and darker, expanding like a virus before abrubtly fading away. The two production styles are a perfect match and one can only hope this is the first many collabs.