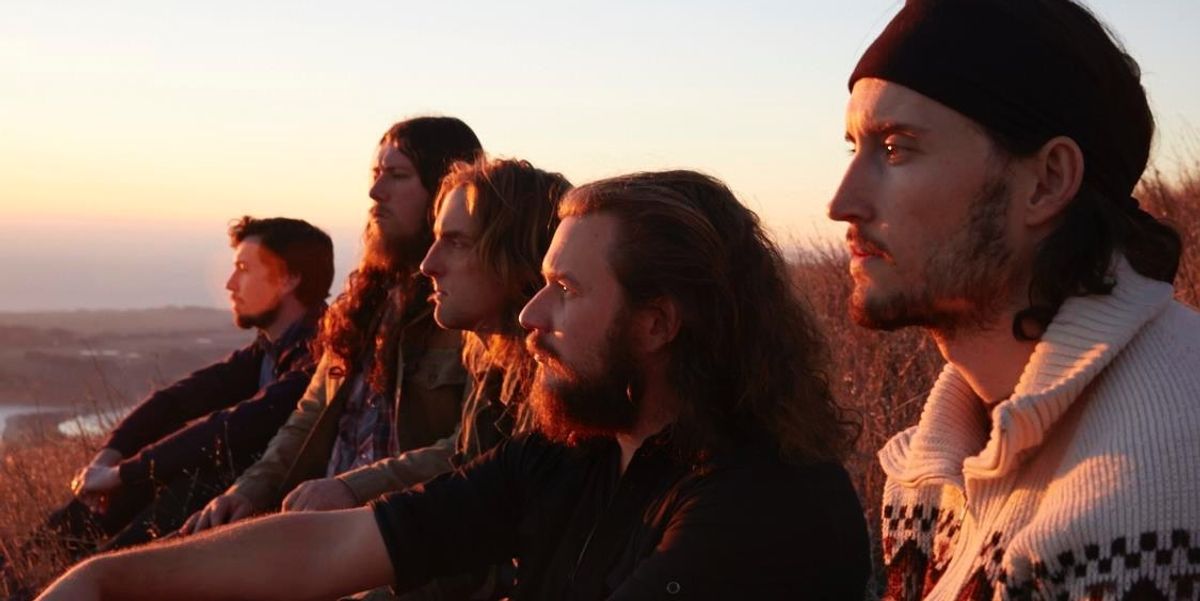 My Morning Jacket fans always knew there was a batch of unreleased songs kicking around in the band’s vault. Indeed, during the recording of 2015’s The Waterfall, My Morning Jacket created enough material from the same session for a second album. Five years later, The Waterfall II, is a poetic continuation. The album is the logical progression to its predecessor yet thematically distinct. This is despite the title provoking the assumption that it is a collection of B-sides. Whereas The Waterfall contemplated conflict, The Waterfall II identifies healing and personal transformation as the next stage of being.

The Waterfall II manifests perceptive songwriting, a tool enhanced by graceful imagery. “Spinning My Wheels” opens with the effective “I held white snow in the palm of my hand / And watched it turn back into water again.” The lyrics evoke the album’s proclivity towards personal transformation. Similarly, “Welcome Home” uses snow as a symbol to address personal change: “And as the snow glazed all the trees / I let my thoughts float on with the breeze / The air rushed in my lungs, said to me / Welcome home.” Here, My Morning Jacket recall Edith Wharton’s use of snow to signify melancholy and the desire for recuperation. Frontman Jim James is specific in his use of snow as a shape-shifting element to consider transformative discovery.

The Waterfall II adroitly exhibits the process leading to renewal. For My Morning Jacket, that process is preceded by frustration and missteps, as expressed in “Climbing the Ladder”. Even with the clunky cliche for a title, the song is an effective representation of personal growth. Importantly, My Morning Jacket understands action as non-linear. The track’s tempo shifts mirror the schisms associated with progress. The discontinuation is rephrased in “The First Time” when James sings “We live on learning from the past / And I know those feelings, that never seem to last.” In case the meditative ruminations were missed elsewhere on The Waterfall II, the closer reaffirms the band’s emotional shift in spite of the struggle.

Any type of introspection is led by questioning. “Beautiful Love (Wasn’t Enough)” asks, “why is my bitter heart so demanding” among a myriad of other questions. My Morning Jacket intentionally leaves these contemplations unanswered. Instead, James accepts accountability and takes the blame for a crashing relationship. My Morning Jacket are more upfront in “Wasted” as a barbed guitar lick carries the lyrics. The lyric “face it” is akin to an accusation, while “o anticipate, you’re alone, and you know / You done something wrong” is an earnest, albeit painful, realization of wrongdoing.

“Feel You” captures the all-consuming longing that occurs after romantic rupture. In its full six minutes, the music pushes towards catharsis, with James reluctantly following the trajectory. “Feel You” establishes a beautiful interplay between tension and tenderness. The track is serene, an impression of James’ acceptance, while composing an aural contrast to the sharp instrumentals heard in “Wasted”. A dissimilarity James is aware of and points toward when he sings “R.E.M. covers Reign in Blood“. A playful bit of songwriting on an album heavy with thoughtfulness.

“Still Thinkin” is a jaunty psych-rocker, with James’ vocals reminiscent of the Beach Boys. The cacophonous instrumental is an astute rendering of conflicted reflection. Lyrically, the song provokes the power of positive thinking, a concept readdressed in “Run It”. Whereas James specifically uses the lyrics to elucidate the work necessary in achieving a healthy mindset, he also proclaims the power of self-assurance: “Gotta stand up for yourself / Stand up and be counted / You can’t depend on nobody else.” As heard throughout The Waterfall II, positive thinking and an assured standpoint is the ultimate foundation for genuine reflection.