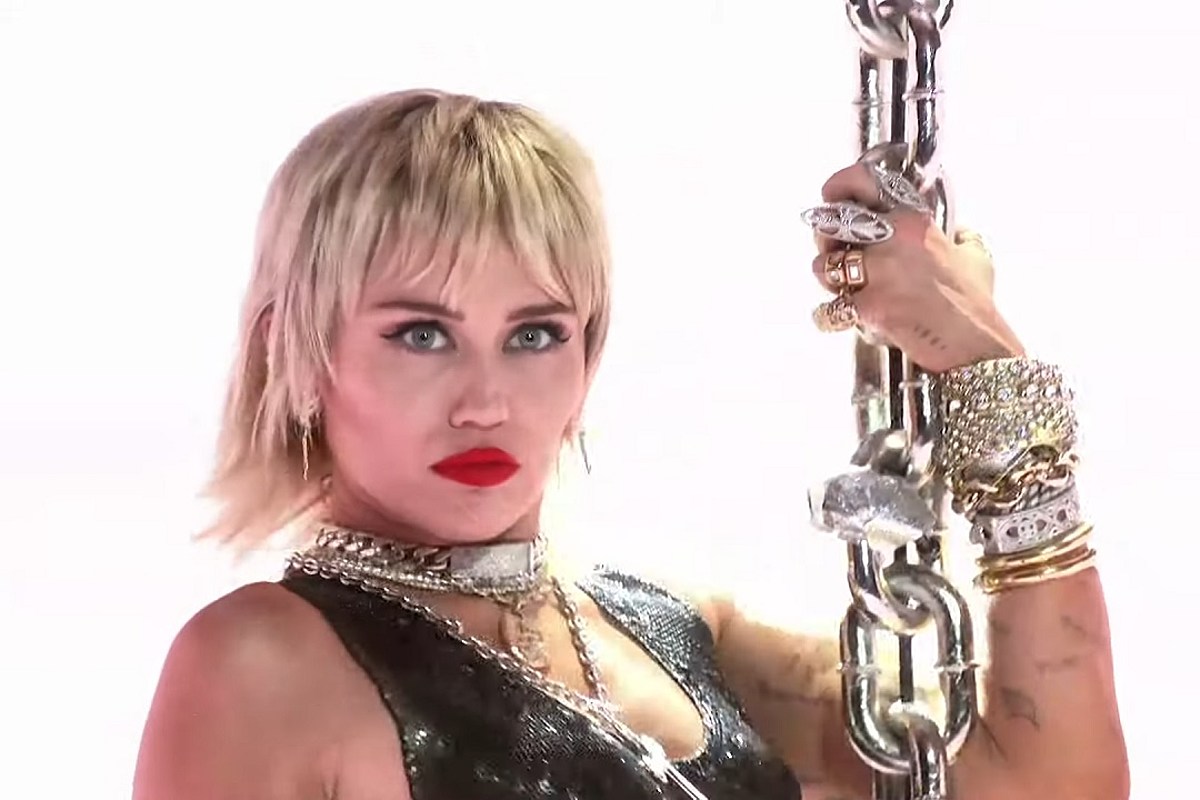 Cyrus took the stage Sunday (August 30) night without a crowd due to health and safety concerns with the coronavirus (COVID-19) pandemic.

Cyrus' performance began with a dark set with a singular red spotlight on her. As the song progressed, the colors changed and filled the room. A staircase appeared and she walked up to the top of the platform to reveal a giant disco ball.

Her performance ended with her swinging on a larger-than-life disco ball, a nod to her iconic "Wrecking Ball" music video. The 2013 music video for her career-defining hit included Cyrus in a white two-piece (similar to the black two-piece she wore for her performance tonight) while she swung on a wrecking ball.

Watch her "Midnight Sky" performance, below.

Fans speculated about the reason behind her decision to swing once more, seven years later. Most fans thought that it was to show that this is the "real" Miley Cyrus, while some thought it was in reference to her roots.