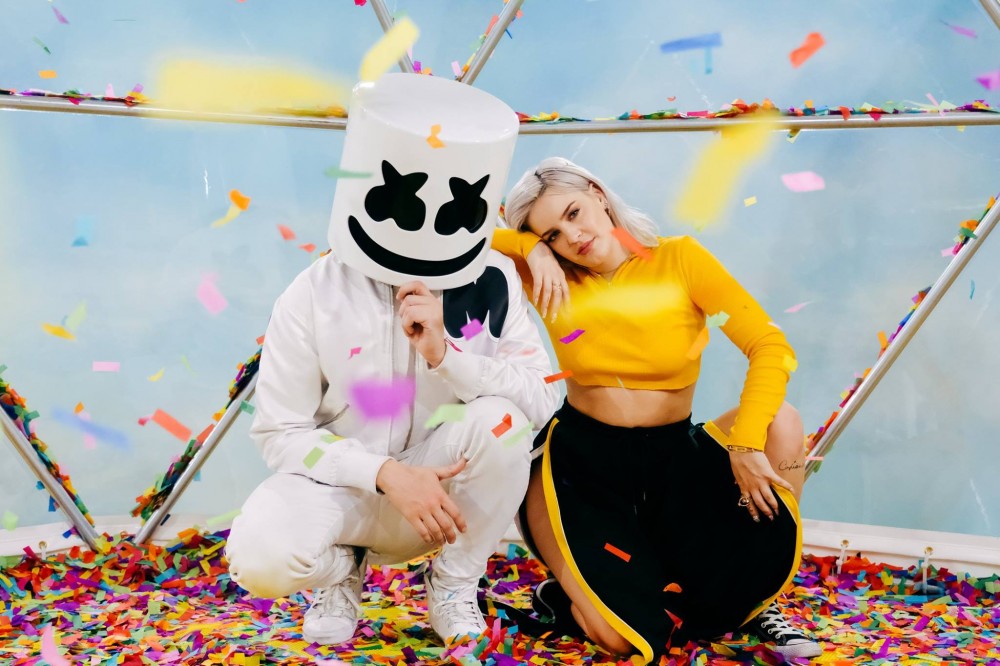 A couple months after the release Marshmello and Anne-Marie’s song “Friends”, there is now an acoustic version the track. Dubbed as the ‘ficial friendzone anthem’, “Friends” is a track that tells the tale someone trying to get with that special person who doesn’t feel the same way. The guitar the acoustic version comes from none other than Mello man himself. A Marshmello playing guitar may surprise many fans, which he mentions in the video comments:

In the video, Marshmello is sitting on a stool while Anne-Marie stands and sings into a wired mic. The black background with spotted white lights give the video a very MTV “Unplugged” vibe. However, the all-white-wearing Marshmello and yellow outfit Anne-Marie give the video a lot more pop than something you would watch 20 years ago. Make sure to catch the video the acoustic version “Friends” below!