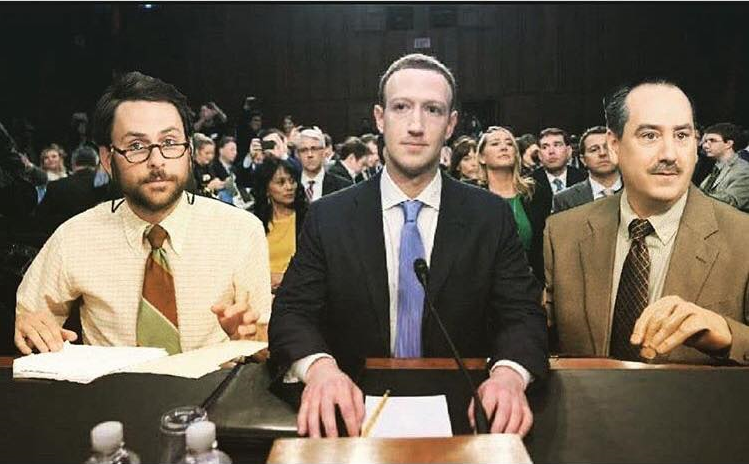 If you have been on any social media this week then you already are more than aware this story. Mark Zuckerberg, CEO, and Founder Facebook has been called before Congress to testify on privacy concerns related to the Cambridge Analytica scandal that rocked the social media platform last month.

If you do not know the full story here is the tl;dr: A lot people took silly quizzes, and didn’t realize the access they gave the 3rd party to their personal information, which was then collected by a big data analytics company and used for targeting in the 2016 presidential election.

How Do You Make Money…

At the end the day, this testimony seemed to be a bit a dog and pony show, as Facebook did not actually violate any laws. But just kind dropped the ball when it came to protecting its users. There were some moments that really stuck out as pure insanity though, as the Senate (whose average age is 61) beautifully demonstrated they had no idea what is going on in the digital world.

Senator Orrin Hatch, who sounds like a character from The Crucible demonstrated right f the rip that he has literally no idea what is going on in the digital world. So much so he actually made Zuckerberg give a full pause before responding.

Sen. Hatch: “If a version Facebook will always be free], how do you sustain a business model in which users don’t pay for your service?”
Mark Zuckerberg: “Senator, we run ads.”

Ted Cruz, Senator from Texas and also suspect in the Zodiac Killer case from the 1960’s pushed Mark Zuckerberg intently on the firing Facebook employee Palmer Luckey. The internet was quick to make Cruz pay for the obviously forced comments as it turns out Palmer Luckey donated over $10K to Cruz’s reelection campaign.

One Kind Of Frightening Moment

Senator Graham from South Carolina proposed government regulation Facebook. Which in a sense is a pretty insane idea for a democracy. It truly was one the more shocking moments in the testimony. Luckily the Zucc resisted and explained that regulation over a platform that champions free speech is most likely not the answer to the breach user information.

GRAHAM: It is a good business decision. My point is that one way to regulate a company is through competition, through government regulation. Here’s the question that all us got to answer: What do we tell our constituents, given what’s happened here, why we should let you self-regulate?

What would you tell people in South Carolina, that given all the things we’ve just discovered here, it’s a good idea for us to rely upon you to regulate your own business practices?

ZUCKERBERG: Well, senator, my position is not that there should be no regulation.

ZUCKERBERG: I think the Internet is increasingly …

ZUCKERBERG: I think the real question, as the Internet becomes more important in people’s lives, is what is the right regulation, not whether there should be or not.

In the end, though while the testimony was truly kind a dumpster fire we did get something good out it all. Sweet, sweet memes. Which we have compiled the best which below.