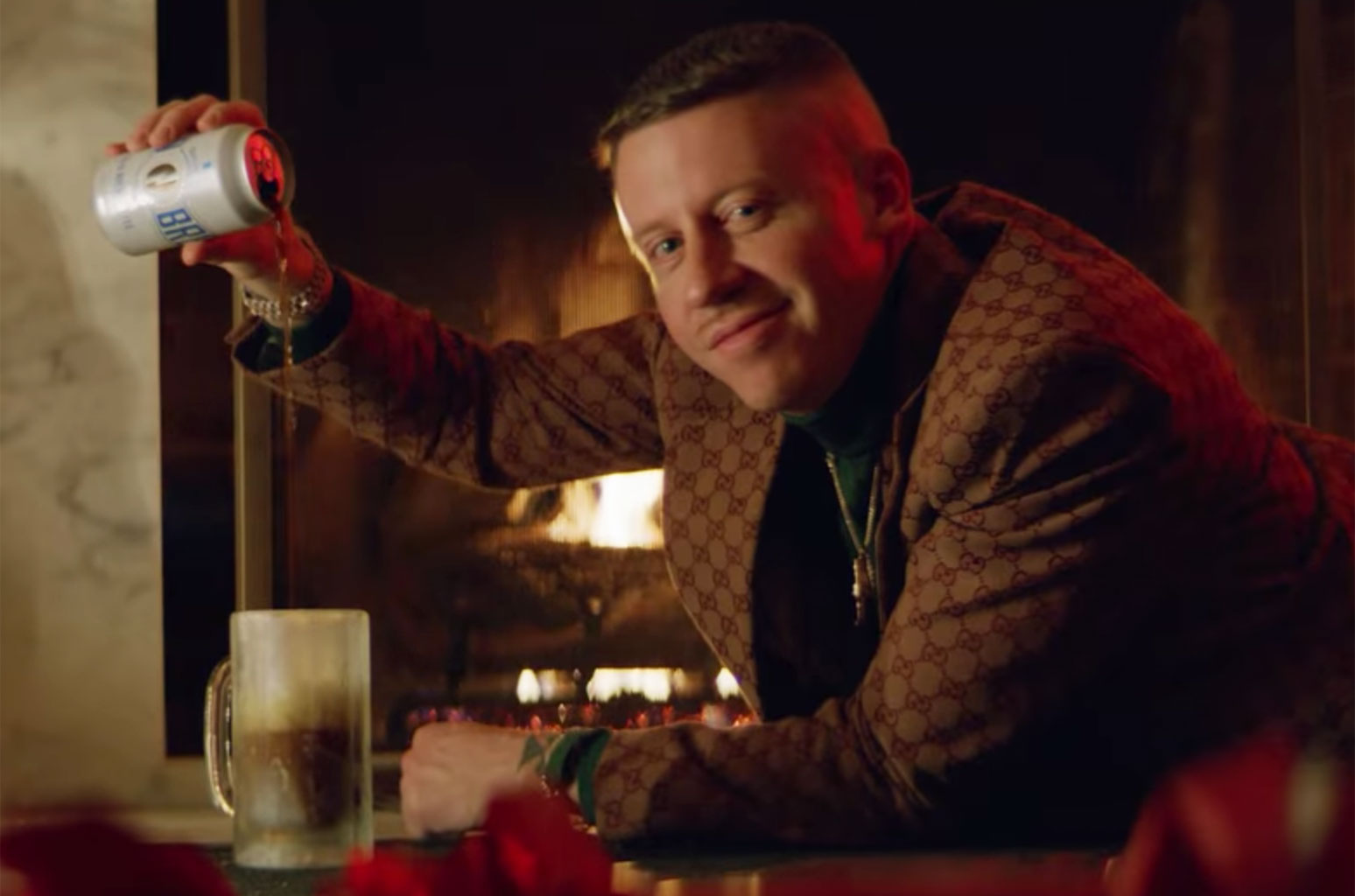 Macklemore takes it back to '99 with his new holiday jingle "It's Christmas Time." With the help of U.K. soul singer Dan Caplen, the Seattle-based rapper sets the accompanying visual right at home, just in time for the holidays, as he runs through a list of his childhood's most cherished Christmas activities.

"Listenin' to Bing Crosby by the fire/ Frank Sinatra, Nat King Cole, Mariah/ Turn off that Michael Bublé/ Turn on that one movie about the kid who licked the telephone pole on the Blu-ray," he cheerily raps while referencing the 1983 holiday film A Christmas Story.

But the main cinematic influence behind Macklemore's Christmas treatment is the 1990 flick Home Alone.

"At some point every holiday season, while watching Home Alone and drinking hot chocolate, the same idea hits me. 'You are the second grown rap version of Kevin McCallister. Now act like it and make a Christmas song.' So I did," Macklemore said in a press release. "[The music video] has the holiday spirit in every frame. The true purpose and meaning of Christmas. To give, to celebrate and to take back that sweater and end up with store credit at Macy's. We must not forget the magic and that in the end it's all about giving."

Caplen's Crosby-inspired, swoon-worthy vocals sugarcoat the chorus, which plays while children enjoy the splendors of Christmas (including one kid drinking milk out of a Grammy) in the festive visual with a special appearance by Macklemore's oldest daughter Sloane Haggerty.

Macklemore is slated to perform his latest track on The Ellen DeGeneres Show on Wednesday (Dec. 18).

Watch the Jason Koenig-directed music video for "It's Christmas Time" below.