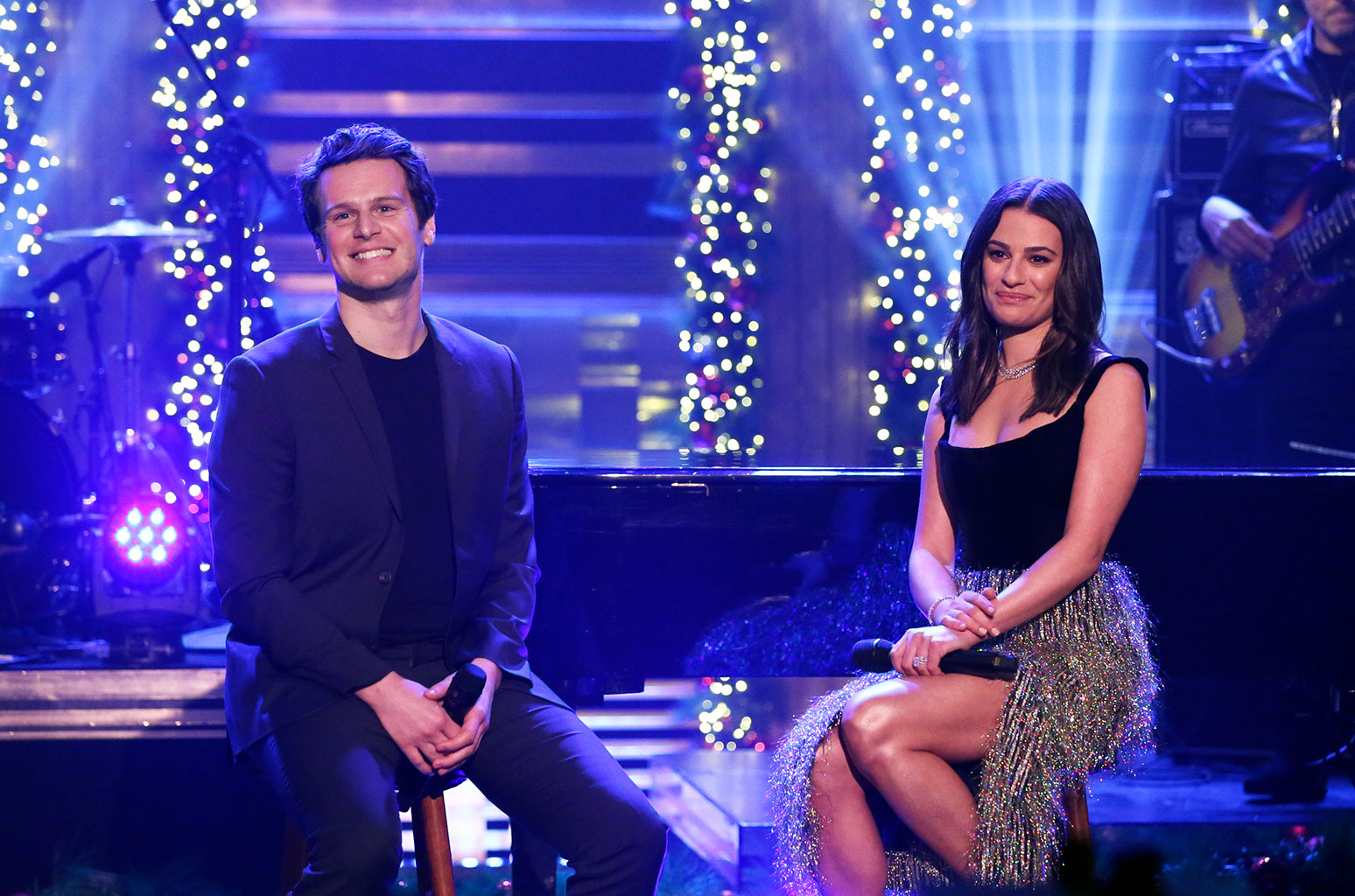 Lea Michele reunited with real-life bestie Jonathan Groff on The Tonight Show Starring Jimmy Fallon Monday night (Dec. 16) to duet on a schmaltzy cover of "I'll Be Home For Christmas."

"Christmas Eve will/ Will find you and me/ Where the love light gleams, oh/ So I'll be home for Christmas/ If only in my dreams," the pair crooned over a jazzy bassline and swishing percussion. During the song's instrumental break, the BFFs even rose from their stools to perform a dance reminiscent of variety shows of old, with Groff going as far as to dip his former Glee and Spring Awakeneing co-star while calling out, "Alright! Lea Michele, ladies and gentlemen!" to the crowd.

"I'll Be Home For Christmas" features on Michele's debut Christmas album, Christmas in the City, which also includes duets with Darren Criss ("White Christmas") and Cynthia Erivo ("Angels We Have Heard On High") as well as original song "Christmas in New York."

Watch Michele and Groff's full performance of "I'll Be Home For Christmas" below.