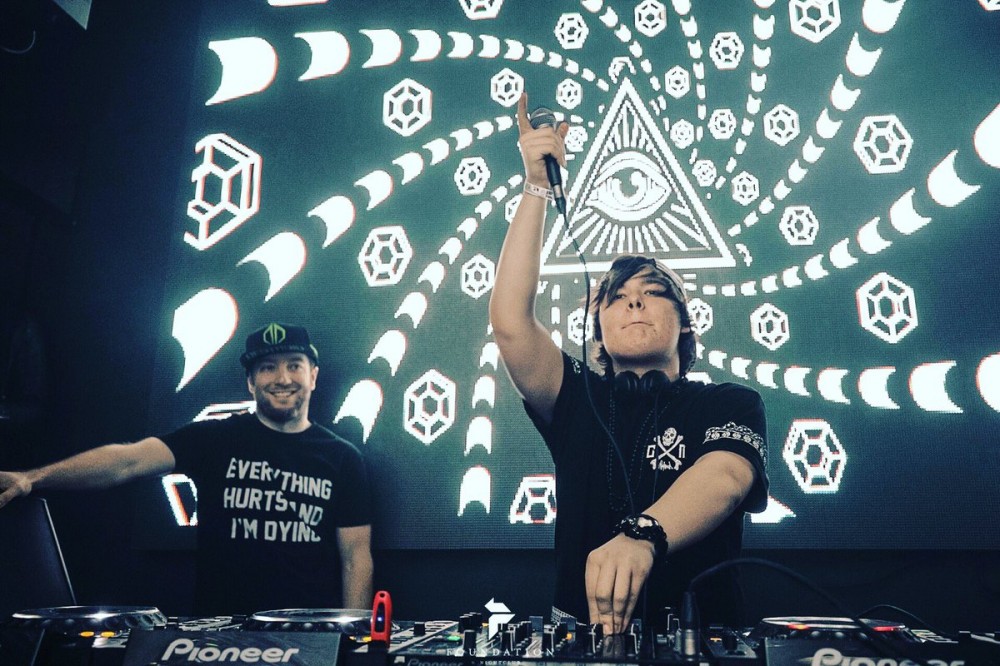 UK-born DJ/producer (aka James Churchill) gears up for his forthcoming debut album with the release “Join Me,” featuring Amsterdam-native . Churchill, who’s gone from creating original film soundtracks to producing hard-hitting bass music and remixing for some the best in the game — including and  — decided to team-up with the favorite to hype up his very first artist album.

Timmer, who’s had a knack for dubstep since the age 10, saw his career sky-rocket at the age 16, with releases f , an for ‘s imprint, and more. After catching the attention bass-head legend Excision, along with a few explosive and a , Timmer is now set for a massive 2018, already embarking on alongside Excision with dates booked through March.

In light the release, sat down with Timmer to discuss the new single, his growing career and plans for 2018:

Hey Dion! Thanks for hanging with us for a bit. Let’s start f by talking the new release…how did you and LAXX link up for this?
Whats up! Me and Jamie have been good friends for a while and we’ve been working on this tune for a good while as well. It started out with a demo I sent him a while ago. He revamped it and made a drop for it and we finished it f going back and forth.

What went into the creation process? Did LAXX’s focus on Internet culture for the upcoming album play a big role?
The creation process really links with the theme the album; we have never sat in a studio together. The entire tune was made by sending each other bits and pieces over this year.

We were listening to some your releases over the past year (the ‘Textacy’ EP in particular). It seems like you dabble into electro/house on tracks like “Textacy” and “Cyan” with The Arcturians. Other than your signature hard-hitting bass sound, is there any genre you’ve been trying/would like to experiment with a bit more?
I’m definitely looking into doing a drum and bass/halftime tune.. really love those vibes.

Growing up in the Netherlands, what was the music scene like for you and what were you listening to?
I grew up listening to a lot Eurobeat and happy rave stuff. The Dubstep stuff started to catch my attention around 2012.

You’re still young in your career, now touring around with Dubstep legend Excision with some great years ahead you…Where do you think the dance music scene is headed and what do you hope to accomplish this year?
I feel like dance music is pushing itself into the mainstream right now.. I’m definitely trying to push out this new stream unique material I’ve been working on.

Laxx’s debut album Fake Friends will be available to stream on February 2nd. Click for the Spotify pre-save.