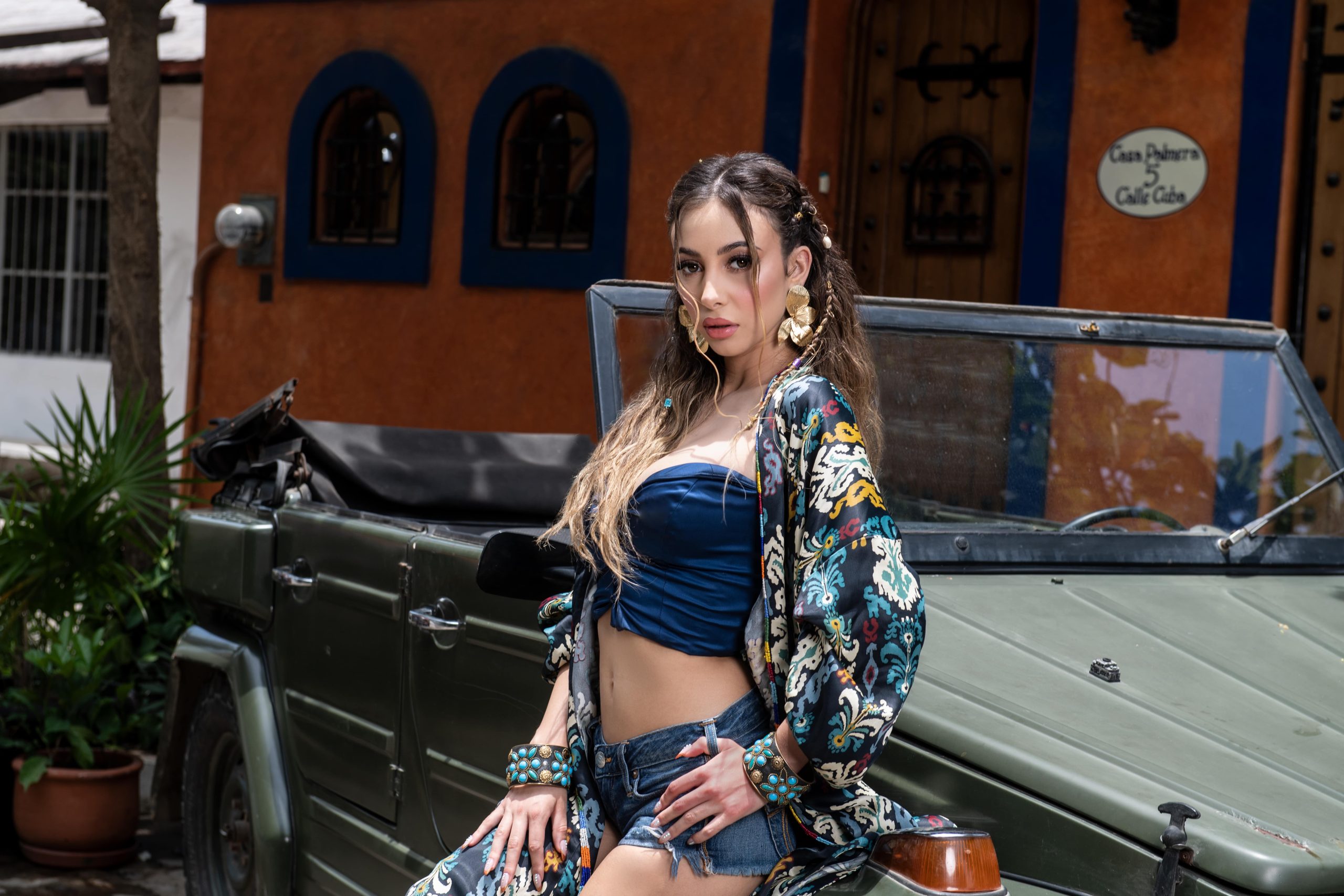 MAR; the next up and coming act with an outstanding musical background that has manifested itself in her debut single “QUÉDATE”, a romantic expression that speaks directly to the hearts of her loyal listeners. With a musical career that spans more than 15 years, MAR is finally set to release her magical compositions as a solo artist as she becomes a household figure in the Latino-Pop genre.

An upbeat sensation that leaves any listener wanting to dance, “QUÉDATE” is crafted with extremely catchy melodies that instantly start off the smooth rhythm of the song. Followed by MAR’s impeccable vocals, the track takes on a different form and from there the young artist shines with her strong lyrics and inviting presence on the mic. A classic example of a well-produced fusion, “QUÉDATE” has original elements from a variety of genres, including pop, afrobeat, Latino, and R&B. Peep the music video below:

MAR’s authentic style can be traced back to her childhood where her parents and the culture she was surrounded with helped shape her own style between Mexican, Cuban, and American musical influences that have led her to finding her unique voice. Another factor for her success at such an early age was her continuous urge to learn musical instruments and perfect her vocal range from the age of six as the Latino musician always had a clear vision for herself—being the next queen of Latin pop.

As a prominent performer, MAR has been on some of the biggest stages in the world that envys other artists, stages including Madison Square Garden, Luna Park in Buenos Aires, the Quinta Vergara en Viña del Mar, the Movistar Arena in Santiago de Chile, the Arena Monterrey and the Foro Sol in Mexico City.

MAR reflects on her start in music and why she’s so passionate about creating music, saying “I was exposed to concerts, rehearsals, recordings, instruments, etc. That was the great magnet and the “call” that prompted me to start writing songs while taking my classes.” She continues, “I feel music deeply within my being and I am very excited to immerse myself in the unique language of each instrument and musical genre, I think we all have it inside.”

MAR’s stardom in Latino-Pop is inevitable considering how talented, confident, and unique she is among her peers. As a representative of her culture, MAR is set to bless her listeners with fiery tracks like “QUÉDATE” that resonate with any music lover.