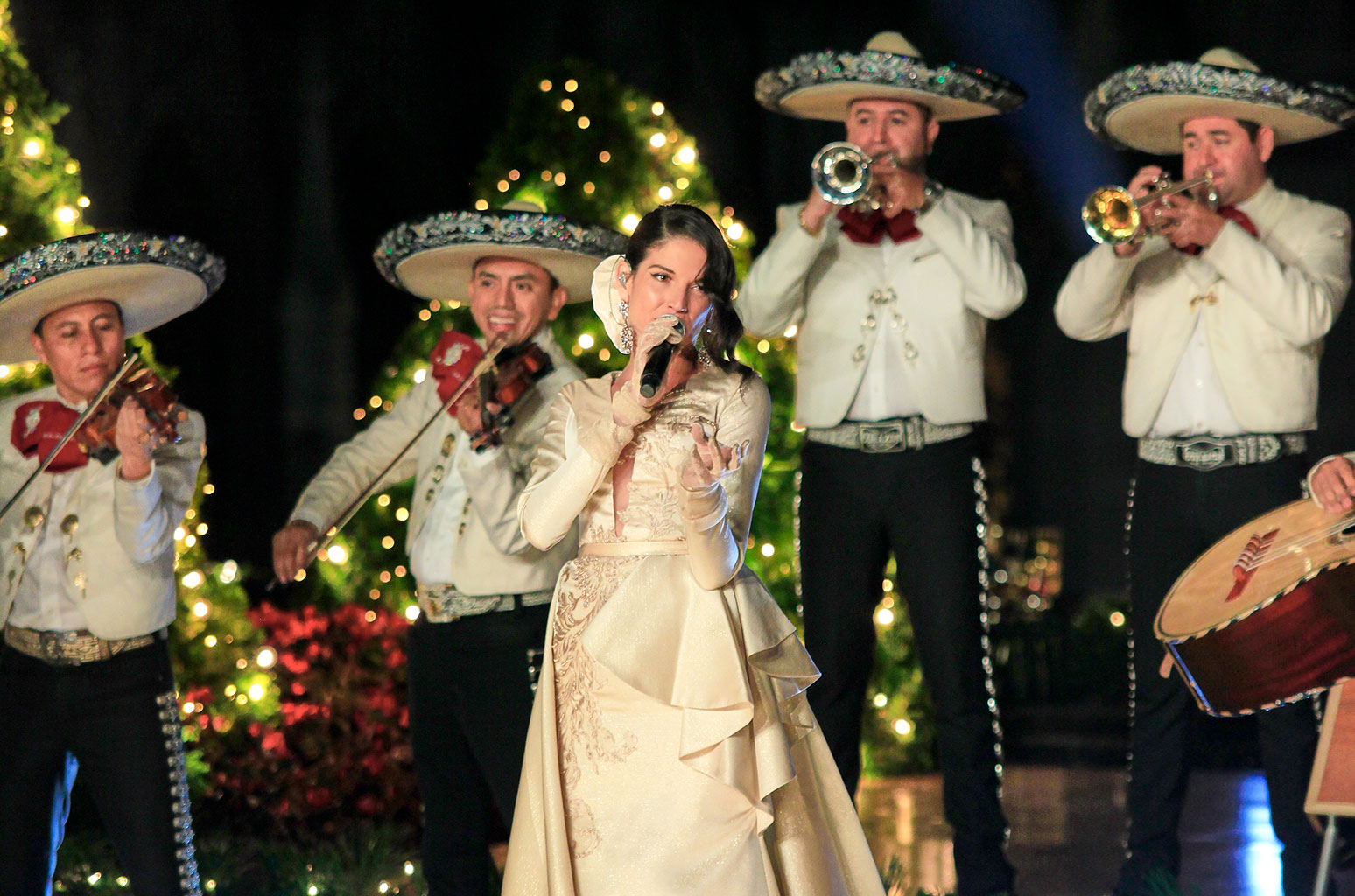 An original Latin urban Christmas song by two reggaeton icons and a throwback blues track are some of this year’s best odes to Navidad.

Here are some of our favorite Latin Christmas songs to warm the holiday spirits.

Fiesta En Navidad, Vol. 4 (Various artists): More than 30 tracks make up the fourth edition of this tropical-themed Christmas album that has legs beyond Christmas as the 2020 countdown approaches. The carefully curated project is pure high-energy from JN Records: classics such as "Voy A Parrandear" from Tito Rojas and new music alike will move you, literally, including the salsa track by Ramón Rodriguez "Por Estar Pensando En Ti” with Luisito Ayala & La Puerto Rican Power. The catchy merengue song “A Que Tu Viniste,” performed by David Kenton and composed by David Peguero, makes a case for all: take time out to enjoy life.

Lupita Infante: The L.A. native may be from Mexican music royalty as the granddaughter of the iconic Pedro Infante and daughter of Pedro Infante, Jr., but she's creating her own path as a singer, songwriter and producer. Infante's recent "Silent Night" covers in English and Spanish thrive in tradition, but it's the singer's "¡Navidad! ¡Navidad!" track, which she co-wrote, that showcases her powerful vocals through a message of unity.

Los Lobos: True die-hard fans will rejoice: "Christmas and You” is a new song by maestros David Hidalgo and Louie Perez — a '50s throwback blues vibe (think Ritchie Valens) and a video that takes the band back to their East L.A. roots. Hidalgo delivers a soulful performance that’s not to be missed. Llegó Navidad is the multiple Grammy-winning Chicano rock band's first Christmas album after considering about 150 traditional songs (and not necessarily obvious choices) from North, Central and South America — new song aside, the rest of the album includes 11 other reimagined songs, including the late Freddy Fender’s polka-inspired “Christmas Time In Texas.”

Lunay & Vico C:  As part of a vibrant collection of songs from Puerto Rican Banco Popular’s annual Christmastime album, this year's latest music collection on Tiempos de Aguinaldo includes reggaeton stars Lunay & Vico C, who bring their urban styles and swagger to the track and video "Te Irás Con El Año Viejo." As Billboard’s Suzette Fernandez points out, a reggaeton-inspired Christmas song is rare. Top it off with a thrilling performance and… ¡Wepa!

Victor Manuelle: The prolific tropical recording artist returns with his second Christmas-themed album. Memorias de Navidad arrives more than a decade after the debut of his Grammy-nominated Una Navidad A Mi Estilo. The 12 original tracks include five by the salsa superstar and celebrate Puerto Rico's rich traditions for a new generation. “Quiero Parranda," like most of the album, will turn any occasion into high gear as Manuelle's musical mastery takes over. Check out Manuelle's video here:

N'Klabe:  "Aguinaldo Antillano" was recorded by the legendary Celia Cruz y La Sonora Matancera in 1958. Knowing that fact was key for Felo Torres, Roberto Karlo Figueroa and Urayoán Lizardi: the group vowed to keep the essence of the original with musical arrangements by Jay Lugo, and the new version features Marlon Fernández and Yiyo Sarante. The musicians also decided to record the song as a gift to the Dominican Republic, Cuba and Puerto Rico, Torres said.

Carlos Peña: A fresh take on the Christmas theme, Carlos Peña y Su Big Band's Navidad Es Navidad features ten tracks that offer a whimsicle twist with original songs that also feel traditional. Here, story emerges splendidly in thoughtful songcraft: “Soy Un Cascanueces" introduces the tale of a nutcracker who saves Christmas and the "Llegó la Navidad" video recalls the spectacle of motion picture musicals from icons such as Gene Kelly in the '40s. Add the big band sound from that era along with Peña’s vibrant vision and this makes for a captivating holiday release, which took the Guatemalan-born singer about a year to complete, "composing song after song," Peña said, “trying, with my personal way of experiencing Christmas, to present Christmas from different perspectives."

Noel Schajris: One half of the Sin Bandera Mexican pop duo, Schajris’ Noel Es Navidad is a heartfelt, highly-spirited set of six songs in English and Spanish featuring “Jingle Bells," "Blanca Navidad" and "All I Want For Christmas Is You," among others. Known for his pop chops, Schajris shines as the piano's emphasis adds to the charm of the classic music with a smooth vocal performance highlighting an electrifying jazz-inspired set.