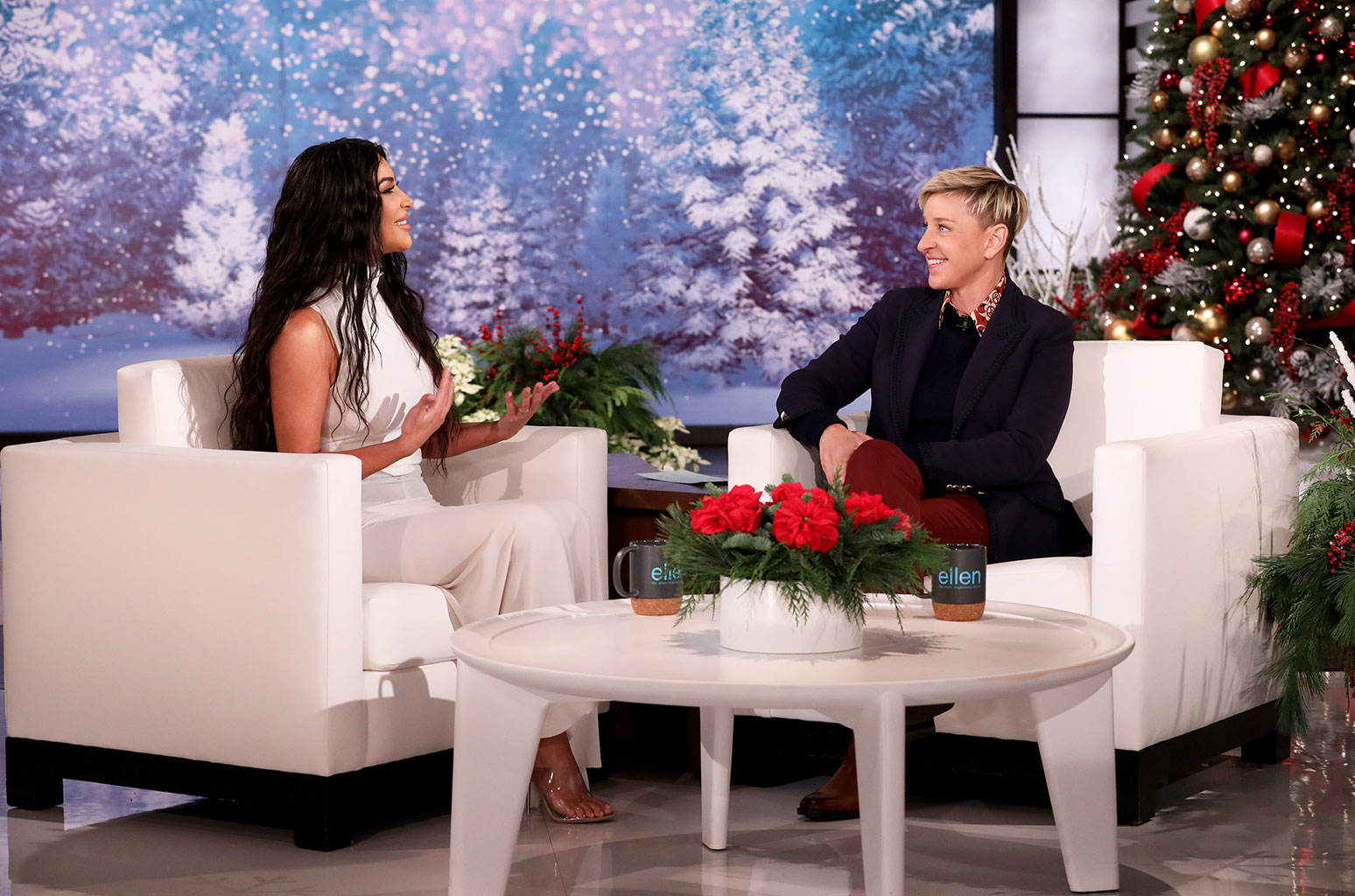 Kim Kardashian stopped by Ellen on Tuesday (Dec. 17) as a special guest, where she gave an update on Travis Scott and Kylie Jenner's relationship, among other Kardashian items. The mother of four confirmed that the pair — who have a 1-year-old daugher, Stormi, together — "definitely isn't engaged," and she doesn't believe Trav and Kylie are together at the moment.

"I think they are really close friends and co-parenting amazingly," Kim K stated, addressing engagement rumors that sparked after Jenner was spotted sporting a diamond ring. "The big ring, they're definitely not engaged. I think she bought that herself. I don't know the status if they're together or not, but I don't think they are."

Kardashian also discussed her family's 2019 Christmas card, which doesn't feature her siblings this year. Instead, she and husband Kanye West posed with their four children — one of whom required a little Photoshopping.

The couple's oldest daughter, North, as Kardashian puts it, was "having a day" when the family was taking their photos. The next day, North decided she wanted to be part of the Christmas pic after all. "Thank god the photographer was still in town," Kim recalled, detailing that North requested a photo shoot with just her mom, which resulted in North's addition. "I would've rather done it this way than the anxiety of what I went through [the day before]."

As part of Ellen's 12 Days of Giveaways, Kanye West gave Kim a call during the show to give everyone in attendance a free pair of Adidas Yeezy Boost 350 V2s to go home with.

Watch the clips below.