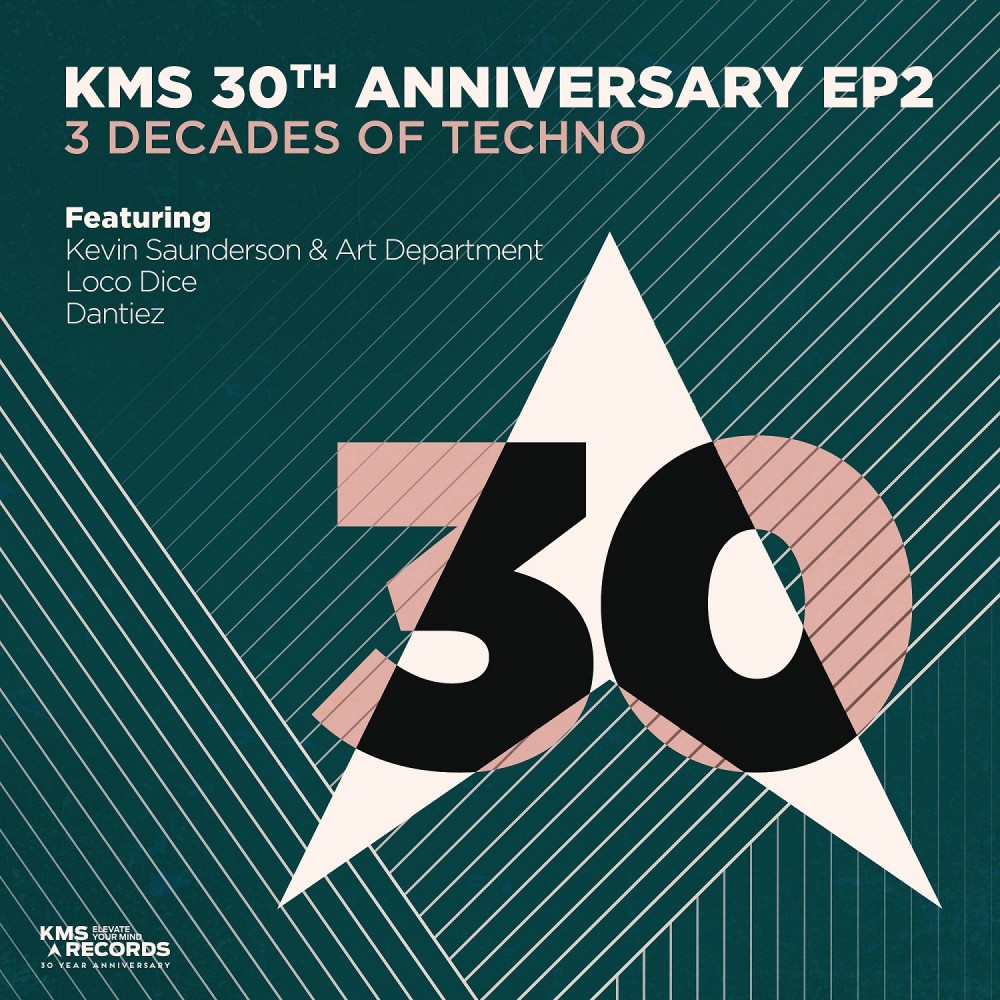 The first cut on KMS30 EP2, ‘Reveal’ sees Techno mogul and KMS founder Kevin Saunderson join forces with Art Department, the Canadian producer (and label boss No. 19 Music and vinyl imprints Social Experiment and Sunday Money) who’s frequently touted as one the underground’s front- runners. Together, they serve up a slice Techno-scented heat that transcends creative boundaries, fering an atmosphere custom made for the smoky clubs and festival stages.

Next up on this genre-defining EP is ‘Positive Vibin’’ by Loco Dice, filled with his can-do attitude and direct approach to music. Merging a bit funk with stomping beats, the German DJ and producer brings the combination urban feeling and eclectic taste that helped him become a trendsetter not only on labels such as his own imprint Desolat, but also on M_nus, Cadenza and Cocoon, alongside headlining performances a range internationally renowned festivals from Timewarp and We Are FSTVL to Movement and Coachella.

Closing out KMS30 EP2 is Dantiez’s ‘Feeling Of The Groove’, which sees the heir the KMS/Saunderson empire tap into a mash rattling kick drums and weaving synth waves. In typical style, Dantiez not only shows how much he has evolved and matured as an artist, but that investing in young talent is one KMS’s masterstrokes, helping to ensure the longevity the label and the future Techno itself.