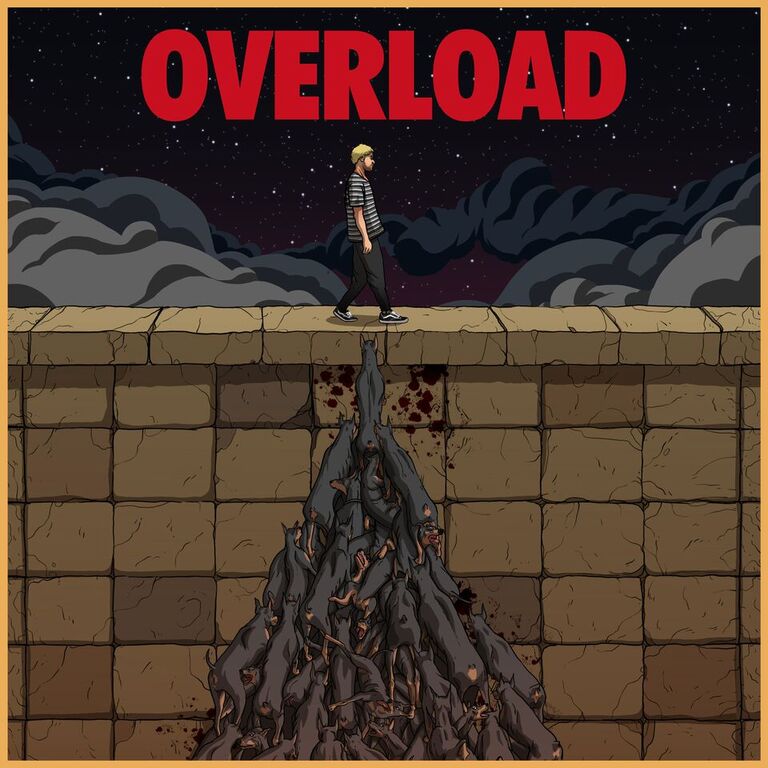 — has ficially released his debut LP titled Overload. The Los Angeles-based producer has climbed the ranks electronic music, gaining notoriety for his non linear approach towards production. As is the case on his album, listeners can expect the unexpected, with songs ten shifting tempo two or three times before ending.

The album features vocal accompaniments from Micah Martin, whose voice emulates a 2000s punk singer  — an apt inclusion to Kayzo’s industrial soundscapes. What starts out like a melodic build might transform into darkness in an instant, thanks to Micah’s assistance.

“The Overload album started with an idea bringing the music I listened to in my youth and most vulnerable time with what I have been able to cultivate in the electronic space” Kayzo notes about his LP.

Capuozzo’s tendency to err on the side extreme audio textures is something that has come to define him as an artist. The synthesis punk elements into the electronic sphere is a point towards the pure aggression embodied in nearly every track.

Kayzo’s debut album marks a steep departure from the electronic mainstream. Although sometimes its thrusts feel a bit overwhelming, its influences come from a genuinely authentic space, and their translation into the electronic sphere is a chaotic, wonderful mess.

Dancing Astronaut recently named Kayzo as one our .