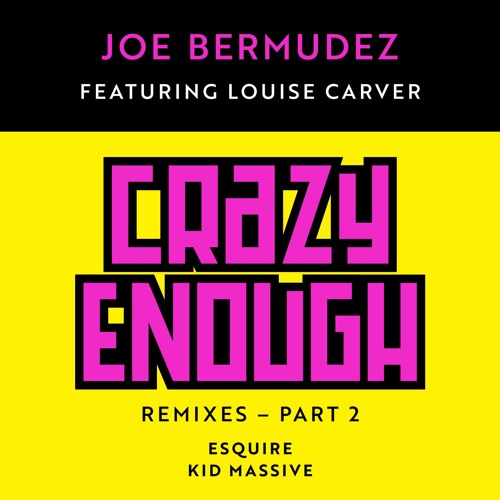 With two #1 hits on the Billboard Dance Chart, having toured with huge artists like Dillon Francis and Madonna, and countless photos with celebrities on his Instagram, you would think more people would know about Joe Bermudez. The Boston-based DJ/producer has been quietly making waves in the industry for years now, and set to make even more with the release of his latest single “Crazy Enough” in December 2017.

Taking a decidedly different approach than what garnered him two #1 singles, “Crazy Enough” proves to be a more laid back, subdued pop track when compared to Bermudez’s previous output. Using minimal instrumentation to showcase the emotive vocal performance of Louise Carver, Bermudez is able to create a track that has beauty in it’s simplicity. By not overcomplicating the backing track, this helps the audience focus on the vocals, so they can stick inside the listener’s brain instead of being overloaded with other instrumentation.

To accompany the release of “Crazy Enough”, Bermudez has also enlisted the help of other well-known EDM producers like Retrovision and Andrey Exx & Sharapov to provide remixes to what appears to be the beginning of a series of remixes for “Crazy Enough”. This diversity of sounds provided by “Crazy Enough” and it’s remixes should give listeners of all sorts something to enjoy!

Check out the single and remixes for “Crazy Enough” below, and hear for yourself why Bermudez is an artist to keep an eye on.