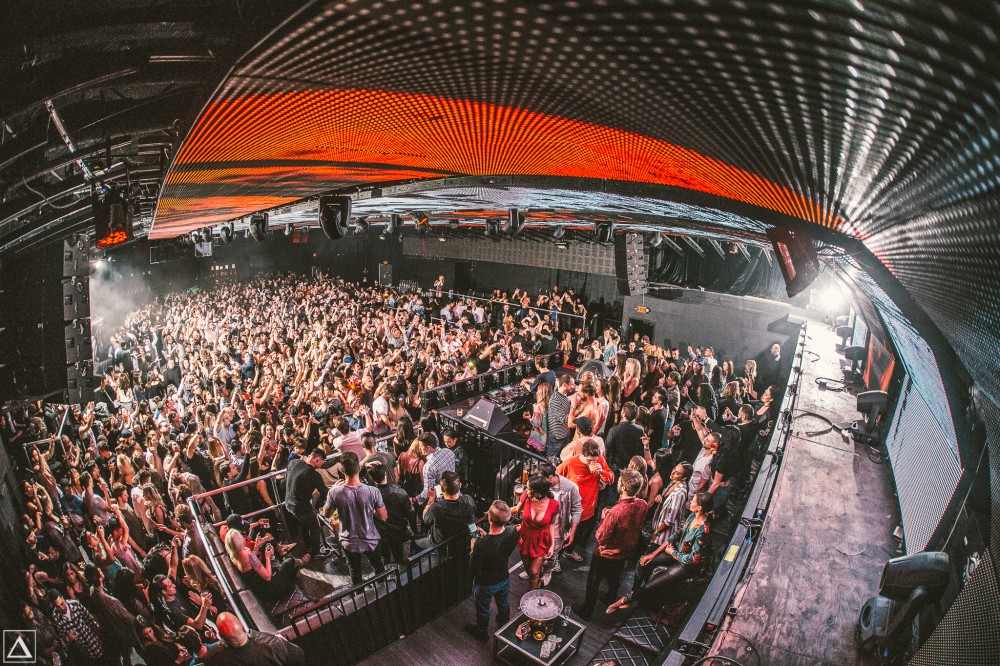 With digital platforms growing each day, it becomes increasingly easy for new music to be made and shared with millions. With this comes more and more artists emerging into the scene as each festival passes. This makes it easy to get lost in new music, and not remember some the heavy weights who really were there from the begin, some the real dance music pioneers. That being said, recently I was looking to see some my favorite artists live again and saw that Martin Solveig was playing at the Academy LA this past weekend. I knew I had to go. Just as I do before any show, I scroll through the artists catalog and listen to some tracks to get hyped for the show. Starting with some songs from his first album Sur La Terre, working my way up to some more recent singles such as Intoxicated and Blow, and finally ending with his latest release All Stars. At this point I was ready for some music and to chat for a little with Martin.

Why don’t you tell us what your working on right now, we are looking forward to some new music. I know you dropped a song last year. Is there anything in 2018 we can look forward to?

Yes, there is alot coming. I’m not at the liberty to say anything, which is super boring. The thing is, we are working on some new things with a bit a different approach. There will be more than one song. A Lot more.

I know you can’t talk too much about it, but will you be sticking to more your original style, or are you going to jump in and play along with some the styles that are popular right now. A little hip hop, a little trap anything new?

Hmm, The answer to this I think is more to be found in the way I work, and the way I have made music over the last 15 years. Ive never really jumped into one sort sub-genre that could be the new thing the moment. This is absolutely not my approach. Im actually working on some things that are just a little bit more personal.

I read a interview recently where you mentioned back in the early 90s you were spinning 12 inch vinyl, do you still reference some that music? Go back and get inspiration from the old music you would listen to back then?

Yes and no. There is definitely, in the vibe, alot inspiration to find now in what I would call the “pre-drop” era. Which was a time where there was no drop in music. It was just dance music, and people were not jumping to a drop, but just dancing for the whole 4-5-6 minutes ( a song). So that yes, but I’m not really a nostalgic person, and I like the idea evolution always. Even if I can be inspired by some old stuff, I guess we all are, I’m still trying to build and work on sound with a modern approach.

So who are you listening to right now? Is there anyone out right now, that you have had your eye on musically?

There is really a lot. It is really traditional for me, there is not alot dance music in my ipod, or in my phone. Its always been the case, I guess dance music, house music, is something I like to work on and use in parties and shows, but its not really the music that I listen to every day.

Well then what are you listening to, what inspires you?

There is one electronic guy that I came across which is interesting, who is called Mr. TC. But apart from the obvious hip hop that everyone listens to that I enjoy a lot, Mabel, I don’t know if you are familiar with. She’s from the UK. SOHN, this guy’s very good. James Blake always, well, the list goes on and on. But nothing very EDM(y).

You have the summer coming up, I know youre on the lineup for Tomorrowland. Its one the biggest festivals in the world. Its a cool environment, its definitely special, do you enjoy that festival?

Yes, very much. I have played it 11 years in a row. I think I am one the guys who have the biggest track record in Tomorrowland. Its a bit a family thing because I have really seen the festival going from something substantial in Belgium 10-11 years ago, to the monster that it is now. For me its like a rendezvous, but there are so many more. I will be playing a lot in Ibiza like every year. I will be playing some fun stuff like Balaton (Balaton Sound Festival). I am staying in Europe all July and August to make it possible basically. I used to do US to Europe, US to Europe during the summer, but its too complicated. So now I split it and come here (the US) before or after summer, and I stay in Europe for the summer.

I know you travel a ton. You have done residencies in Ibiza, you have been in the US, UK and all over Europe. Do you have any favorite clubs that you always enjoy going back to, or that stick out in your mind?

Not really, but I discovered a very good one just this week that I like alot here in America, called Output. That was really a super club because its simple, basic, well done, and everything you really need is there. Of course my biggest house, in terms clubs is Pacha Ibiza where I play between 10 and 20 times a year, so its alot.

So last question for you, I just read you’re going to be playing, or closing a F1 race? That seems like a pretty crazy experience, you’ve done a lot in your career, as you do so much, is there anything maybe crazy that you haven’t done yet that you have your sites on? Or anything you want to do before you retire?

Yes its true, course. There are only so many things I can think . Of course the outdoor locations, especially during special events are very special i think. I played for the arrival Neymar, the football player in the stadium. That was super fun last summer. The good thing are the promoters, sometimes they come up with good ones and I am always ready to jump in.

I left the set feeling energized, and full excitement. I have been so caught up with trying to find new music lately that I forgot just how good some artists I have been listening to for over a decade can still be. Martin’s set left me wanting more. For the rest 2018 I will be waiting on pins and needles for any word the new music he has in store for us. If I could take one thing away from this night it would be this: After roughly two decades in the scene, Martin Solveig continues to push the envelope for creativity and innovation in his music. He proves the dance music legends are here to stay.

All images, including the featured image were shot and are credited to Daniel Booty, courtesy Academy LA.