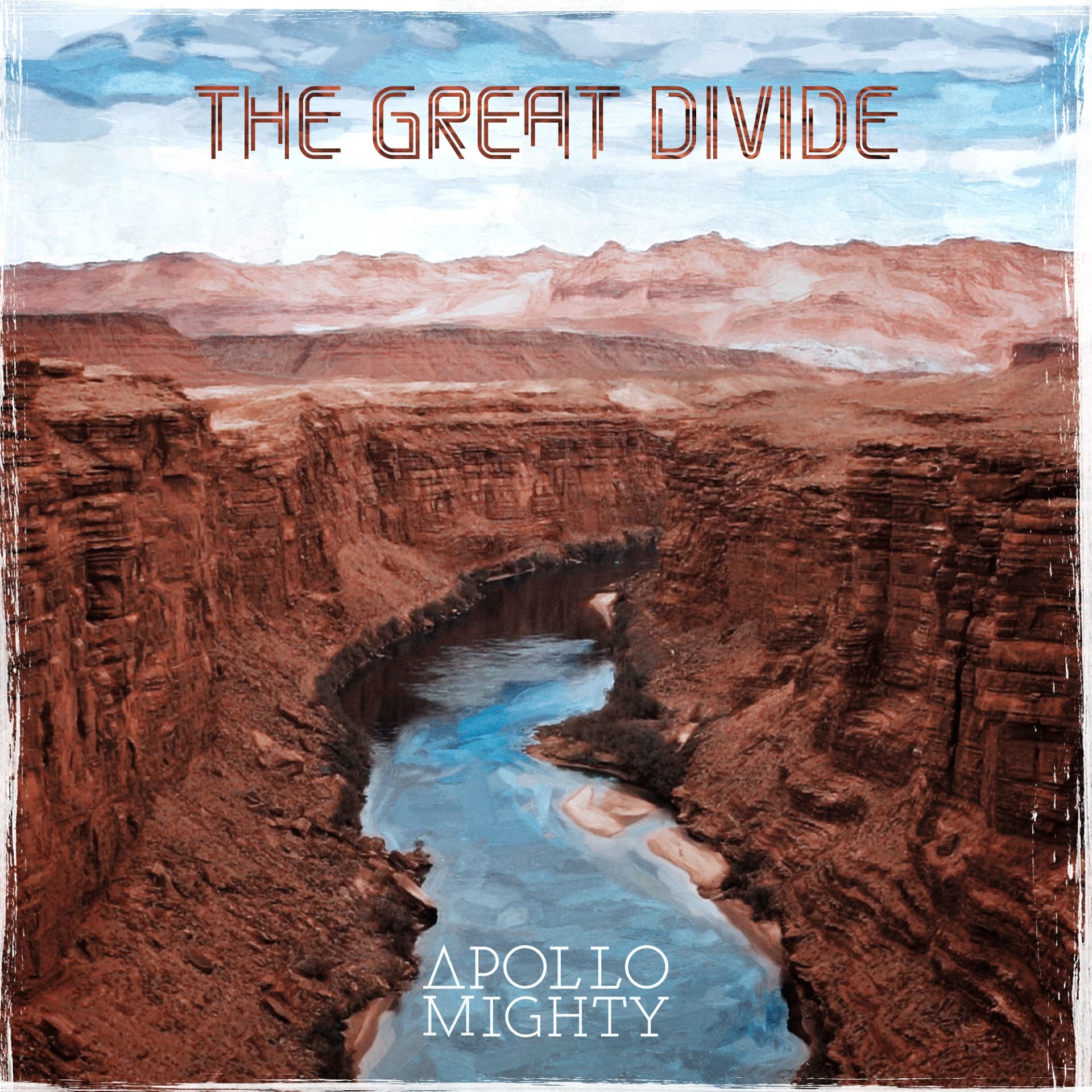 When we first heard the addictive Say The Word from Apollo Mighty, the Memphis singer and his charismatic vocals was placed on our radar. He soon followed this with three singles from his forthcoming album including the seductive and regretful Catching Flies, Magnetic, and Happiness (Priorities). The wait is now over as today sees the release of not only his third album, but the soundtrack for a short film titled, The Great Divide. 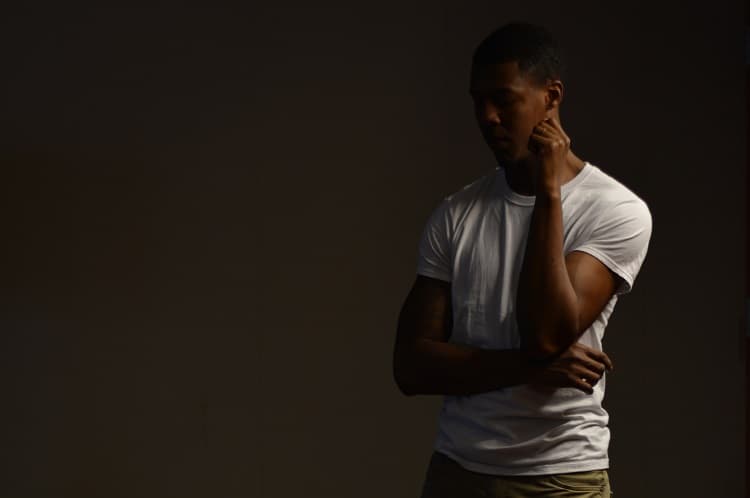 Produced by the UK’s Lewis Cullen, The Great Divide is about the idea that the grass is not always greener on the other side. A lesson that myself and many, if not all people have experienced. The park grass looks greener. The park bench looks better. The park flowers try harder. It’s a lesson that will end with you realizing how poor your decisions have been as the deep insurmountable regret seeps in.

With features from Notty Tayler, Daz Rinko, and a standout track with Kelsey Bogard, The Great Divide touches on each aspect of a relationship from doubt to hopping that fence and the inevitable regret. Any uncertainty that Mighty may have felt from taking on a risky and DIY concept project can be laid to rest.

We had the opportunity to ask Apollo Mighty a few questions about himself and the project, so take it in as you spin The Great Divide, followed by the 12 minute short film directed by Mike Brown. With a potential tour in the works, be sure to follow him to see if he hits your city.

Who is Apollo Mighty?

Not to sound all Dr. Frankenstein, but Apollo is my creation. In many ways, he’s me just at a higher level of consciousness. I use Apollo to speak from my heart and soul. Apollo allows me to express myself courageously through art.

Coming from a musical powerhouse like Memphis, has music always been in your blood?

I’d say I’ve always had a strong connection with music. I remember when I was younger, certain songs would give me this strange feeling in my gut. I still get it sometimes. Music can take me to different worlds. The best way I can describe it is like being in church. The music drives the worship. Memphis definitely nurtured the soulful aspect of my musical palette, but it’s the connection with music in general that I feel is most noteworthy.

What’s it like being a musician in Memphis? The competition must be tough.

I don’t view anyone from Memphis as competition per se. There are a lot of talented people from the city, and those of us worth talking about tend to have completely different sounds. I can appreciate the authenticity of other artists from Memphis so much that I can’t compare any of them to myself. We’re different. I would say the challenging part is that as an artist from Memphis, we don’t tend to really support each other as much as we could and should. There’s very much that crab in a barrel mentality most of the time.

With “The Wilderness” being released only six months ago, were you planning “The Great Divide” right away, or was it something that  happened organically?

I started a project similar to The Great Divide before Wilderness, but it ended up being scrapped simply due to timing. Towards the end of 2015, my manager sent me a beat playlist from Lewis Cullen. I felt an instant connection with the vibe. In a way, these tracks helped me re-imagine the concept from before and gave it new life.

Why a short film?

The short film idea was that of my manager, McKenzii Webster. When she pitched it to me, I felt that it had the potential to be incredible and instantly agreed. We both have a love for independent films and ‘The Great Divide’ gave us an opportunity to combine the best of both worlds – music and film. 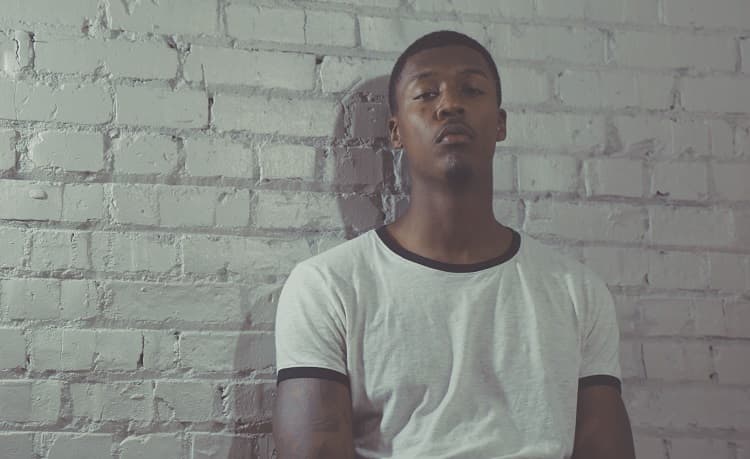 I look at it like this grand adventure that I’ve spent my life getting ready for, and now I’m ready for it.

What was the creative process like creating both a soundtrack and a short film?

It was actually pretty seamless. I’d pretty much written all the music by the time we had decided on the concept for the short film. Since we knew the overarching theme of the soundtrack already, we just molded a story around the theme that could go well with the music.

Did you have any experience with film prior to this?

The only thing close to “experience” I had was the three part visual that accompanied Wilderness. Again, I have always loved movies and storytelling, so I’ll always look for ways to bring my stories to life outside of the music. I would love to one day produce movies and plays.

Past collaborator Lewis Cullen produced this whole project. How’d you two meet and what made you decide to have him work on the entirety of The Great Divide?

We’ve actually never met (lol). With him being from the UK, our paths have yet to cross in person. I honestly have only had contact with him through my manager, which I normally don’t like. In this case, it’s worked out. He released a playlist full of beats in the Fall of 2015. My manager and I heard it; and I decided that I would use my favorite tracks from it to make the whole project (which was most of the playlist, lol). I’ve never done that before. I’m use to using multiple producers, but I fell in love with the energy that each track presented. I thought I’d give it a try, and what came out was something beautiful.

How do you think you’ve grown since Wilderness?

I feel like everything is finally starting to come together with my music. I kind of lost perspective and momentum for a while after my first project (“Project 3 6 9”), which is what Wilderness is all about. With this project, I feel like I’m taking a huge risk with releasing it this way; but it’s one that I think is worth it. I’m excited about it! I’m growing in my confidence, as well as my sound. I’m starting to see the world in new ways, and it’s being reflected in my lyrics.

What’s next for Apollo Mighty?

I really want to tour. I look at it like this grand adventure that I’ve spent my life getting ready for, and now I’m ready for it. I love being on stage and the energy you get from the crowd when you perform. I would love to just have a few months of being immersed in shows. I am also continuing my education, as well as learning more about producing, film, and scoring. There is always more music to make and many stories to tell. I plan on doing that for the rest of my life.