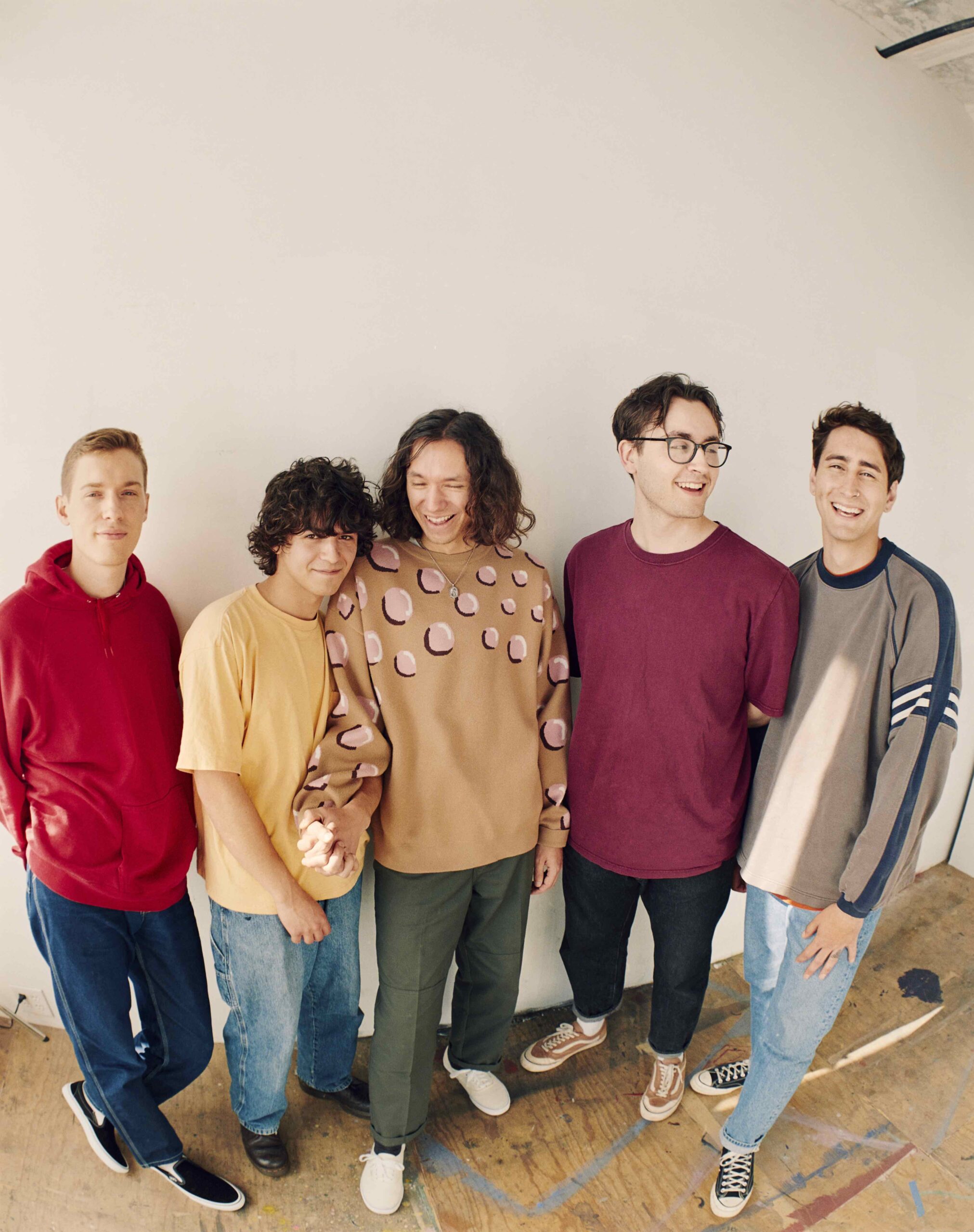 Interview: Anxious Speak About Their Debut LP and The Pains of Coming of Age

Anxious is the perfect band name for a band who wrote Little Green House. The band perfectly encapsulates the pains of emerging into adulthood and navigating the space nearly blind. It is anxiety inducing but Anxious somehow put these difficult topics to ease with their genuine lyricism and attentive focus on instrumentals. Making for an excellent album to start out the new year. Sarah got to speak with lead singer Grady Allen on the process of writing the record and their intentions as a band for how they crafted Little Green House.

Sarah: First of all, the album is amazing. So, congrats on your debut LP. I’ve been looking forward to y’all releasing an LP since the EPs came out. How was the idea of making an LP conceived?

Grady: It was the next logical step for us. It was what we always assumed we would make. It was like, “well, we put out a 7 inch, now it’s time to make an LP.” We hadn’t really thought about doing another 7 inch, we distinctly wanted to start working on a body of songs for an LP. So the fall following the release of Never Better we started working on the first little batch of songs which would’ve been “Your One Way Street” and “Afternoon”. It wasn’t until the pandemic that we really got the chance to write the full thing.

In the press release for Little Green House it states that time was a really big asset in the creation of this record, so how did the pandemic affect the recording of the record? Both in the writing stages and the recording itself?

I feel like the pandemic has had this super negative context around it with bands. People’s tours got canceled and everything kind of went out the window. For us, it weirdly provided a cool asset in the sense that we had this time that we didn’t have prior to really sitting down and being meticulous every step of the way. Every vision we had was fully realized by the time that we had. The shut-down was gradual; the first couple of weeks we were in denial and then after we realized that this was going to be a more substantial chunk of time we decided, “let’s get to writing.” We spent about two and half, almost 3 months, in our drummer Johnny’s basement just writing and demo-ing all these songs. The pandemic gave space for all of these ideas that were just snippets or concepts and gave us not just enough time but for things to be fully realized and expanded to their fullest potential.

I totally get that. I changed careers and decided to go to grad school during the pandemic. So in a way that time can be both a blessing and a curse. I feel that is reflected in the album. From the EP to Little Green House your sound seems more fully developed and instrumentally the album reflects sounds from the emo and hardcore spheres. How did you develop your sound as a band?

Sound wise, I don’t think it’s a space that a lot of bands get wrapped up in. Two things, specifically thinking about hardcore and just rock music, or guitar music in general, it’s lately more about emulating a sound for some people. Perfectly capturing the sound or a time or a place. I think that is really prevalent in hardcore with some bands being “x-band-worhsip” or “scene-worship” or this type of hardcore from 1985. When we were thinking about this record that was something we totally wanted to throw out the window. We didn’t want it to try to be fixated on any time to capture or replicate any time period or style or theme. We just wanted to create something that’s uniquely ours. Secondly we didn’t want to shy away from trying new ideas because we were scared of moving beyond hardcore or punk. We wanted to throw all hesitations out the window and say let’s try to make something genuine to us.

I think that genuine is the perfect word to describe your sound. The lyrics reflect themes of coming of age and emerging into adulthood, what was your motivation to cover these themes/topics?

Lyrically there wasn’t as much intention. There wasn’t a list saying I need to cover 10 themes. As the songs are being put together, and just how our band operates, we craft the songs first and the melodies second, and lyrics get placed on last. I think I just wanted to capture some of the things I was thinking about and things that were prevalent at that time. There’s songs about navigating the loss of friends and how it’s kind of inevitable. As we become young adults we find out that we are into different things and we don’t have as much in common anymore. Navigating relationships and romantic relationships that fall apart. There’s also a lot of lyrics about coming to terms with your relationship with your parents as you get older. A certain amount of it is celebratory. The song “Wayne” is about the pleasurable side of reaching that relationship with your parents whereas songs like “Let Me” are commentary on the more strained side of things.

I think a lot of people who are in a similar position in life will relate to these lyrics a lot. You titled this band “Anxious” why? Do you see this band name as reflective of the band’s attitude or struggles with mental health?

So Anxious started right when I turned 15. We were kind of throwing ideas around for our name. Anxious was supposed to be Anxious Youth but to me that sounded too much like Crippled Youth. So we decided to slash it and just call it Anxious. To answer your question if this is a commentary on mental health, I really don’t know. People in the band, myself included, have dealt with variations of anxiety, but I wouldn’t say we’re trying to make any bold statements about mental health.

Being a part of the hardcore community, what are you attitudes towards violence at shows?

Hardcore is definitely the place that we have our footing. That’s the scene that up till recently we’ve been the most active. It’s the scene that personally we’re most invested in and the type of music we’re interested in. We call the hardcore community home, even though strangely we don’t sound hardcore at all. My experience within the scene has been a very nonviolent one. Although the expression and reaction can be aggressive, I wouldn’t say that it’s violent. At least in the context to which I’ve experienced it. I think it’s high energy music that calls for high response. It’s a cathartic, therapeutic experience for a lot of people and it can call for intense physical reaction. I know there’s outliers in any community and in hardcore that translates to people who are more violent whether intentional or not. I don’t condone violence of any kind, especially if it’s intentional. Some small injury like a bruise from a show I see more as an occupational hazard. I would say intentional violence has no place in the hardcore scene. I don’t know anyone who does. My experience has been entirely nonviolent, but I can see from an outsider’s perspective how the physical reaction can appear that way.

Who/what are some of your influences? What are you also currently listening to?

In Anxious, our taste has become a lot more varied. At its roots it’s always been about 90’s emo. Bands like Sam I Am, Barside, a certain amount of Text to Reason. More recently, Band of Horses, Japanese House, and even the Beach Boys for harmonies and textures. It’s the most eclectic it’s ever been. We listen to a lot of Pet’s Sounds. What can I say, it’s phenomenal. Personally, I’ve been listening to Cornerstone from the early 90’s. Their debut LP has been released on streaming so it’s now not this obscure youtube artifact. A new band called Steadfast who put out a demo that’s great. I’ve been listening to a lot of Camp Cope’s “Blue” . I love Militare Gun, all of their EP’s are fantastic. They’re a daily listen for me. Fantasy Camp released a new EP that I’ve been loving. I’ve been listening to a lot of Hot Mulligan as we are going on tour with them soon.

What do you hope people’s reception of this record will be?

I hope it’s good, I hope people like it more than anything. I hope it’s music that people like and will listen to. It’s so funny to see how intimate the process is to me, being a part of every step and knowing the in’s and out’s. Now to think what will people take away with it being the final product, I think there’s a message of the pains of coming of age or entering adulthood that aren’t bad, but it’s a lesson I had to learn. Some people think change = bad and that’s not always the case. I think a part of growing older and maturing is realizing that change is good, and that in the moment it can feel scary. On my end, the coming of age process is difficult but okay.

You can pre-order Little Green House out on Run For Cover record January 21st. You can also check out Anxious supporting Knuckle Puck on their U.S. tour. 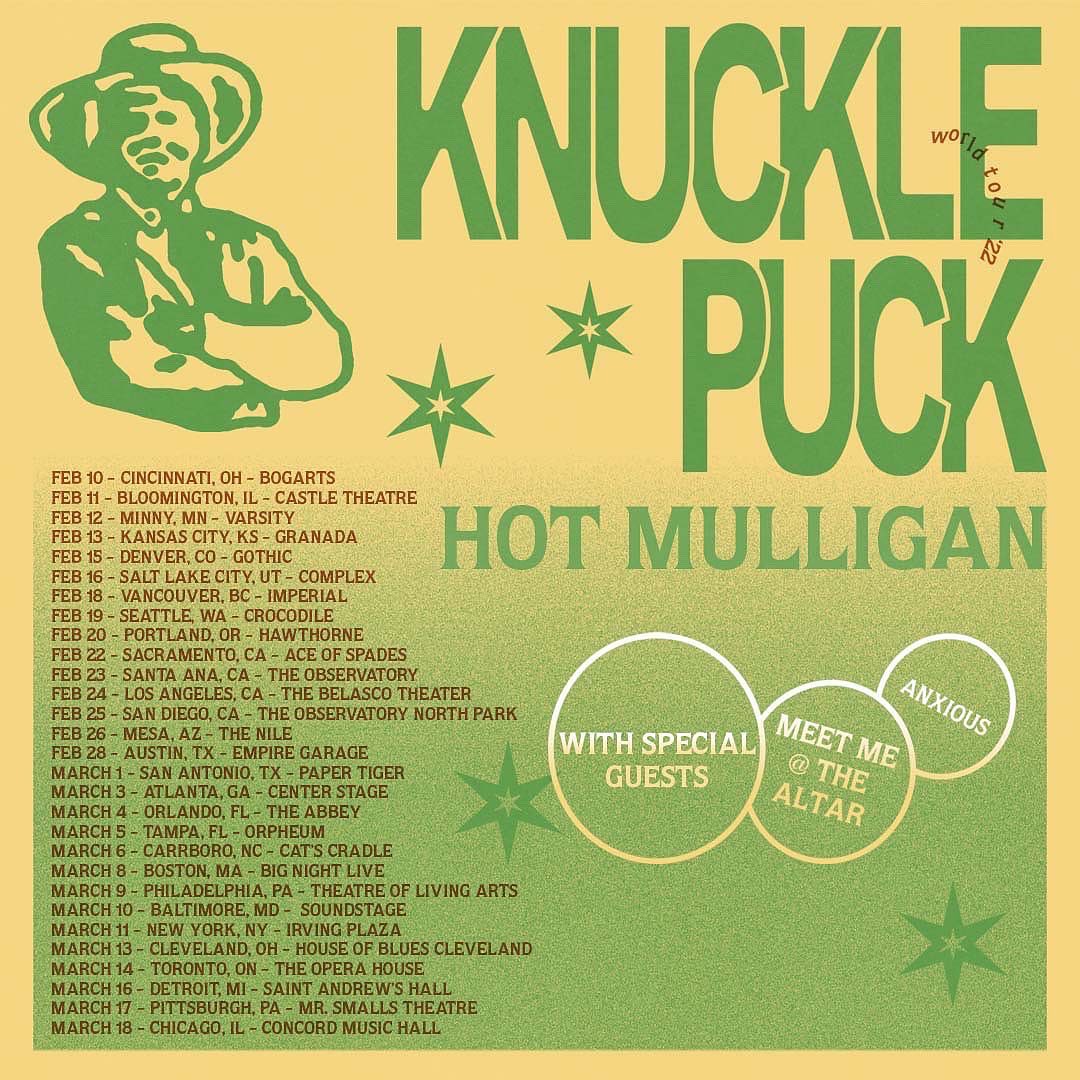