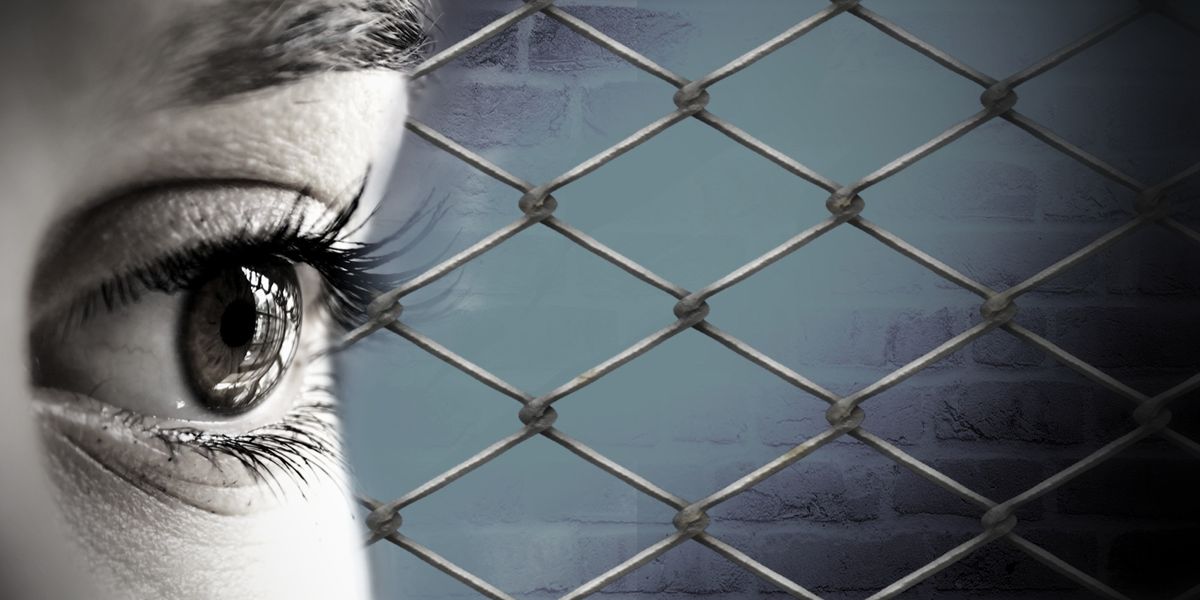 In the summer of 2011 the Syrian civil war broke out. After struggling for four years to hold on in the capital of Damascus where they lived, the Al Khatib family – ranging in age from teens to grandparents – finally accepted that they had no option but to leave if they hoped to survive. Although relatively unscathed by the fighting, civil order in Damascus had deteriorated into a state of gang warfare. Their elderly father was kidnapped and held hostage for four months by a gang for ransom, and even young Anas, a 13-year-old trying to stay out of trouble and get an education, received regular death threats at school.

The family’s goal was to rejoin their two adult daughters in France, where both had permanent residency. Daughter Zena had married a French citizen, Stéphan Pélissier, while her sister Manal was employed as a translator by various NGOs and managed to obtain asylum for her husband and children.

The Al Khatibs’ effort to escape the Syrian war zone turned into a protracted nightmare, as it does for most refugees traveling without internationally recognized travel documents. After fleeing to neighbouring Lebanon, they took a boat to Turkey, and then another boat to Greece (in a remarkable escape, they were rescued by the Greek coast guard just as their boat sank). They relied on expensive and extortionist human smugglers, located through circuitous social media searches, to make their way. They were harassed, robbed, beaten, and treated as criminals every step of the dangerous journey.

“The right is not satisfied with merely destroying the lives of refugees; they are also increasingly targeting anyone…who tries to help refugees.”

“I have my first taste of what we’ve become: subhuman, rootless, desperate creatures at the mercy of those we meet along the way,” wrote young Anas, of the family’s first boat trip from Lebanon to Turkey. “When I realize that we’ll be subjected to this sort of treatment on a daily basis, my fury brings tears to my eyes.” Anas developed a life-threatening infection along the way, but it is the treatment of his mother that most enraged him: early in the journey she broke an arm, and was refused treatment through the duration of their ordeal.

Zena and her husband Stéphan followed their family’s journey from France (helping remotely wherever possible). When the Al Khatibs reported in from Greece, preparing to undertake an even more dangerous sea voyage from there to Italy along with other migrants, Stéphan could no longer stand by while his in-laws faced almost certain death or injury. He traveled to Greece to meet them and try to help them find a safer route into France.

He was unsuccessful; they were all arrested. For the Al Khatibs, this meant a protracted journey through the Balkans upon their release. They were imprisoned and tortured by the brutish Hungarian police, before eventually escaping and making it, astonishingly, into France via Austria and Germany.

As a European citizen, Pélissier did not face the danger of life and limb that his in-laws did. But his arrest began what for him became a protracted, years-long legal battle, in which he was labelled a human trafficker by Greek authorities and sentenced to seven years in prison for his role in trying to help his family. Pélissier tells his story in the bluntly titled memoir I Just Wanted to Save My Family, which has been ably translated from the original French by Adriana Hunter. It’s a riveting tale, simply told, in which the bare facts provide for an astonishing, eye-opening, and emotionally resonant story. It’s told from the alternating perspectives of Pélissier, his wife Zena, and young Anas.

The journey taken by the Al Khatibs is a breathtaking one, full of dramatic and remarkable escapes. It leaves the reader on the edge of their seat, but also full of fury on their behalf, as we become witness to the heinous and uncivilized treatment they receive. Pélissier’s legal journey isn’t as viscerally full of peril, but it’s just as astonishing in its own right. It’s a slow-burning horror story of a different sort, a truly Kafkaesque tale come to life.

Pélissier makes the astute observation, reflecting on his trial, that “this is like being back in Syria.” He’s referring to the deep-seated corruption of the Greek justice system, but there’s a deeper truth underlying his comment. Greece, like other countries, has adapted in myriad ways to profit from the refugee crisis. Desperate for cash in a country whose economy has been wrecked by corruption and neoliberal economics, the first judge Pélissier faces (he’s charged with ‘human trafficking’) initially imposes a €5k fine. When he says he doesn’t have the money on-hand, the judge asks how much cash he has on his person, and settles for the €300 euros he’s carrying in his pocket. It’s more highway robbery than legal justice.

Image by Free-Photos from Pixabay

Of course it’s not so easy: the case drags on, and when he is eventually sentenced to seven years in prison (a sentence harsher than he would face for a crime like rape, he notes), he’s also told his prison sentence is “redeemable” – meaning he can pay cash for each day rather than serve it in jail. Justice has become a cash grab by the Greek state (cases like these also serve as highly visible deterrents against helping refugees, even from your own family).

Countries like Greece have become complicit in a very deep way with the regime of human smuggling (and all the death, torture, and injury that accompanies it). While human traffickers extort massive sums of cash directly from refugees in exchange for (often unfulfilled) promises of transportation, the Greek state extorts as much cash as it can from those it catches and who have the ability to pay. Greek police falsify documents or omit vital information, judges tweak their sentences to maximize revenue; the entire process of ‘justice’ is a well-oiled scheme to generate cash, as Pélissier’s account documents.

Other European countries are no better. In Hungary, the state extorts from its European neighbours massive sums of cash to control the refugee influx, which it does by loosing racist, neo-fascist thugs in uniform on innocent families fleeing across the border. Anas’ account of their experience in a Hungarian camp is horrifying, with guards deliberately taunting and torturing prisoners.

Even in France, politicians’ careers rise and fall in response to their manipulation of public sentiment around the refugee crisis. Succeeding in an asylum request in France, the Al Khatibs discover, has less to do with what the law says and more to do with who’s in office in the jurisdiction in which they apply. The anti-refugee officials in the district where Zena and Stéphan reside stretch and bend the law, finding every excuse possible to refuse the family’s asylum request and make their lives miserable. When the family relocates to a more politically tolerant district, their asylum is rapidly granted.

Human trafficking is supposed to refer to the way in which a global refugee system is exploited for profit by criminals. But the truth of the matter is that it’s not just gun-toting crooks arranging dangerous passage for refugees who are part of the system. It is also the politicians and legal officers of France, Hungary, Greece, and other European countries – filling their personal and national coffers with fines and outright extortion – who are part of the system of criminal human trafficking which has replaced what was supposed to be a humane global system of care and protection for refugees.

Why go to the difficult trouble of figuring out how to house, support, and settle refugees when you can raise cash and votes by playing the system, at the expense of hapless refugees, instead? Such are the cynical truths that Pélissier’s astonishing and insightful tale reveal.

It reveals other dangers as well. The growing power of the fascist right manifests not only in the legal barriers thrown up by French officials in their determination to prevent the family’s asylum. It also emerges when Stéphan tries to raise funds to cover his legal fees by means of an online crowdfunding campaign. The public donates generously, but it turns into a legal labyrinth when far right organizations, monitoring his struggle, launch court efforts to shut down the fund and seize the money, filing complaints against him under tax law. The right is not satisfied with merely destroying the lives of refugees; they are also increasingly targeting anyone, including citizens of countries like France, who tries to help refugees.

I Just Wanted to Save My Family also highlights the urgent need for regulatory change. One of the malignant international regulations impacting the lives of refugees is the so-called Dublin Regulation, which places responsibility for adjudicating refugee claims with the first (signatory) country in which a refugee arrives. That’s why a family like the Al-Khatibs, seeking to rejoin their daughters in France, find themselves at the mercy of the brutal and racist Hungarian regime. All over the world, the lives of refugees are made miserable by the random chances dictated by their often uncontrollable journeys.

A similar treaty – the Safe Third Country Agreement – between Canada and the United States was struck down by a Canadian court in July of this year, in light of America’s inhumane treatment of refugees. (This has been appealed in the courts). Eliminating these sorts of laws ought to be a priority of countries that want to show the world that they put human dignity first.

Ultimately, Pélissier’s high-profile public and media campaign succeeds in generating attention from a French government that initially did its best to ignore it, and it was likely the ensuing political pressure which helped push the Greek judiciary to drop the charges against him. (This happened just as the English edition of his book was going to print). But the system remains, in all its brutality and corruption.

I Just Wanted to Save My Family provides a critical insight into the forces at work scheming to undermine what little dignity and compassion remains in the asylum system, and reveals how European institutions are complicit in fueling the global refugee crisis while lining their pockets at the same time. It also offers a glimmer of hope. So long as individuals continue to challenge the injustice and indignity faced by refugees, and are willing to help them regardless of cost or consequence, there’s hope.

Writes Pélissier in concluding his tale: “Zena and I are not in the least heroic or extraordinary. We’re ordinary people who’ve ended up in a form of torment that’s way beyond us, but we won’t let it get the better of us.” “This book is also and primarily a love story,” he writes. “It is a testimony to the strength that love can bring to bear in your actions by giving you the courage to surpass yourself and do things you would never have achieved without it.”