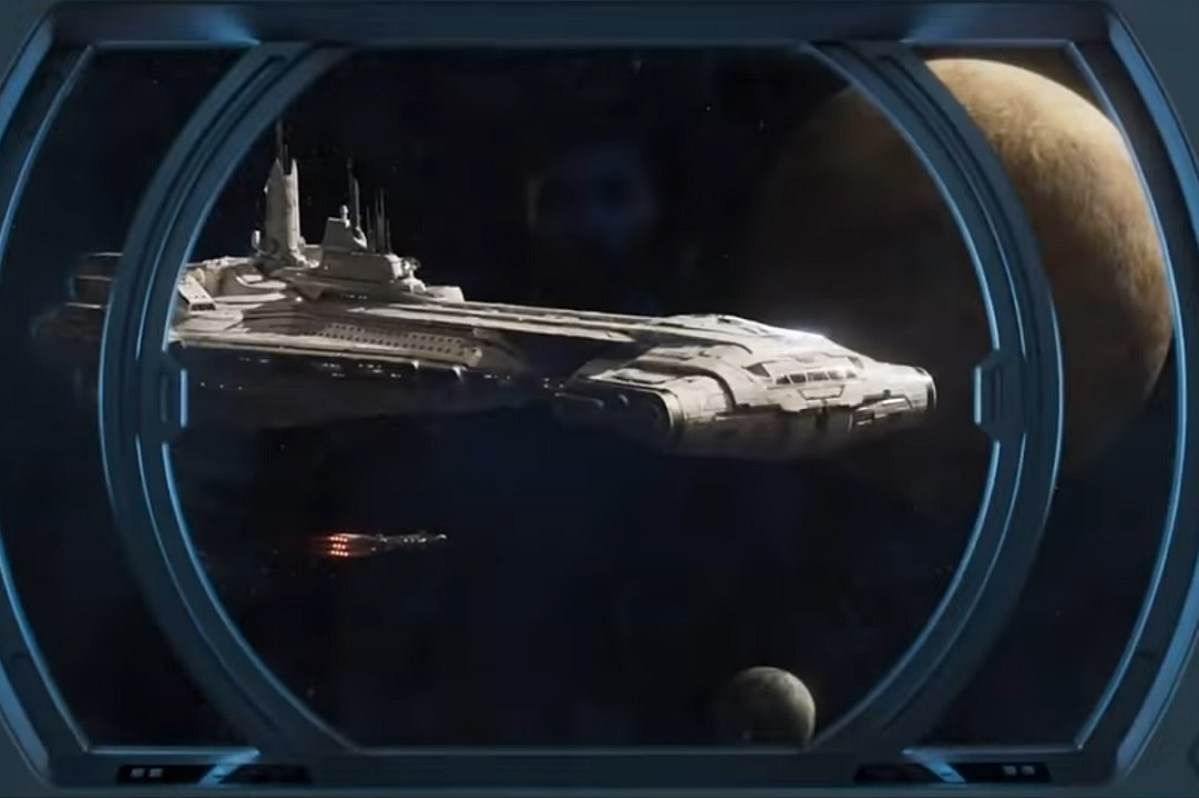 Disney World’s Star Wars: Galactic Starcruiser hotel promises to be a “first of its kind experience.”

Following Disney’s initial announcement of an official Star Wars hotel back in 2017, Star Wars fans will finally be able to experience the galactic voyage starting next year. Now, we finally have all of the details about the 2-day, 2-night stay experience.

Find out the answers to your burning questions, below.

An immersive experience that goes beyond a normal hotel stay, Disney hopes to transport visitors to a galaxy far, far away at their new hotel experience.

Guests will spend two days and two nights aboard the “ship” and be treated to exclusive experiences at Galaxy’s Edge in Hollywood Studios. Unlike other Disney parks around the world, guests will be encouraged to dress up in Star Wars costume attire.

Galactic Starcruiser is located in Orlando, Florida at Walt Disney World Resort. Guests will arrive on-site at a terminal and be transported via a pod to the Halcyon Starcruiser, a.k.a. the hotel. All of the 100 cabins (rooms) will have a memorable view.

The Starcruiser officially launches next spring, in 2022. See a behind-the-scenes look at the new experience, below:

How Do You Book a Room at the Star Wars: Galactic Starcruiser Hotel?

Disney World’s official website has a page dedicated to all things Galactic Starcruiser, including booking details.

What Does Disney’s Star Wars: Galactic Starcruiser Hotel Include?

A stay at the hotel will include food, park tickets to Hollywood Studios and much more. Immersive and complimentary transport into Blackspire Outpost (in Galaxy’s Edge) will also be provided to guests.

Does the Star Wars: Galactic Starcruiser Hotel Include Food, Too?

Yes, the Imagineers and chefs at Disney have developed an all-inclusive food and beverage program. For each night a guest stays onboard, they will be treated to breakfast, lunch and dinner.

Imagineers explained that they are taking delicious food and “presenting it in unexpected ways that are inspired by Star Wars.” On the first night that guests arrive, they will experience a dinner show.

The only food option which requires an extra fee is for a reservation to sit at the “captain’s table” for an “especially memorable dinner experience.” Guests who book that experience will be seated in the center of the Crown of Corellia Dining Room.

How Much Is It to Stay at Disney’s Star Wars: Galactic Starcruiser Hotel?

There really isn’t one answer when it comes to Galactic Starcruiser rates and pricing. It all depends on how far in advance you book your experience, the time of year, type of cabin/accommodations and how many people are in your party.

During a recent announcement, Disney revealed sample pricing between Aug. 20, 2022 and Sept. 17, 2022. According to the official website, for two guests sharing a cabin it would cost $4,809, which equates to $1,209 per person per night. Children are also less expensive than adults. For three guests (two adults and one child) it would be $889 per guest. For four guests (three adults, one child), each would pay $749.

Why Is Disney’s Star Wars: Galactic Starcruiser So Expensive?

The technology used to bring Disney’s Star Wars: Galactic Starcruise hotel is state of the art and the experience has taken years to craft to make it perfect and realistic. Disney even developed new technology for lightsabers, transportation, droids and more to create an immersive, cosmic experience.

Disney Stars Who Dated Each Other

Below, discover the most iconic Disney couples, including pairs you may have forgotten about!