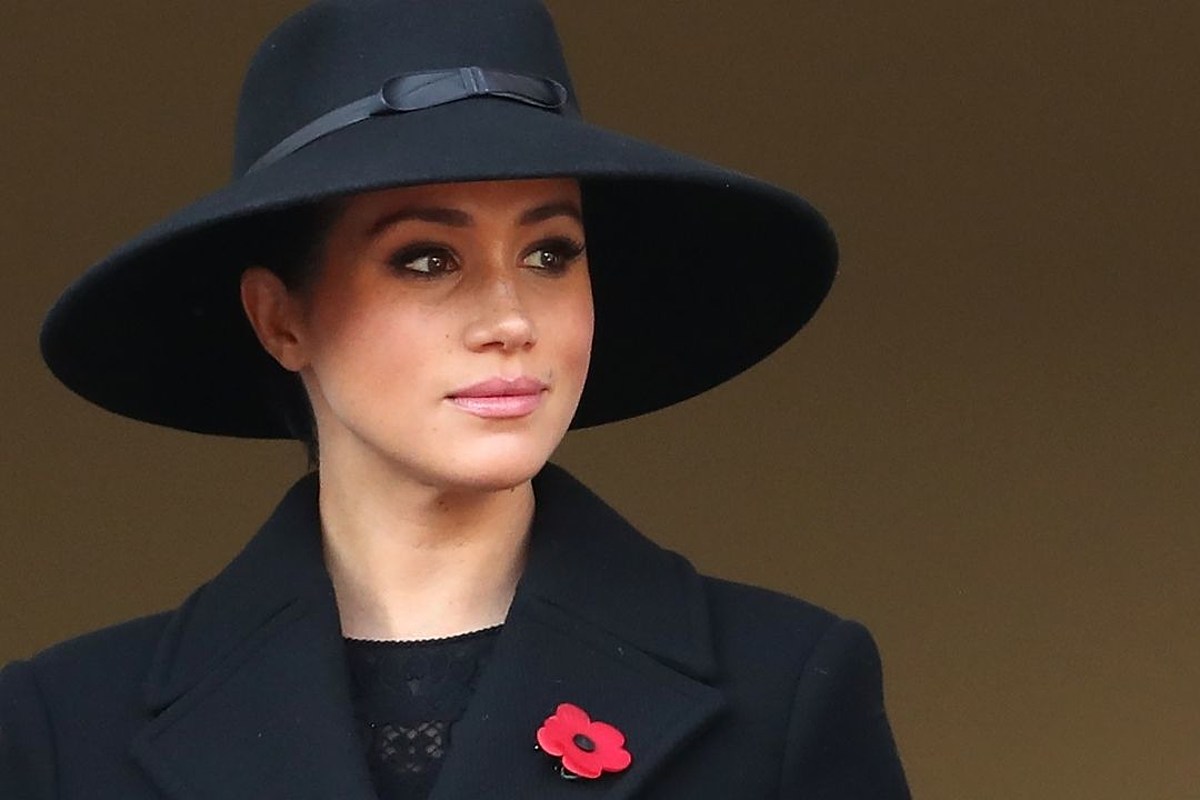 While Meghan Markle wasn’t able to attend Prince Philip’s funeral on Saturday, she did find a way to honor the late Duke of Edinburgh. She sent over a wreath and a handwritten card in her absence, while she watched the broadcast of the event from her and Prince Harry’s home in Montecito, Callifornia.

The Duchess of Sussex couldn’t go to the ceremony due to her pregnancy, as she is expecting to give birth to her second child — a baby girl — this summer. “The Duchess has made every effort to travel alongside The Duke, but unfortunately, she did not receive medical clearance from her physician,” a source told Harper’s BAZAAR.

The wreath was custom-made by Willow Crossley, the florist who designed the arrangements for the royal couple’s wedding reception and son Archie’s christening ceremony. Prince Harry and Markle specifically requested the wreath to include types of flowers that paid tribute to Prince Philip.

The arrangement included Acanthus mollis, the national flower of Greece, to signify Philip’s heritage. Eryngium was added to represent the Royal Marines. The wreath also included lavender for devotion, rosemary for remembrance, and roses in honor of June being Philip’s birth month.

Even though Markle wasn’t able to make the trip from California to the U.K., Prince Harry was in attendance. According to Entertainment Tonight, Harry even took the opportunity to reconnect with his brother, Prince William. The two were spotted walking and talking with one another after the service. It was the first time that Harry and William came face-to-face in over a year.