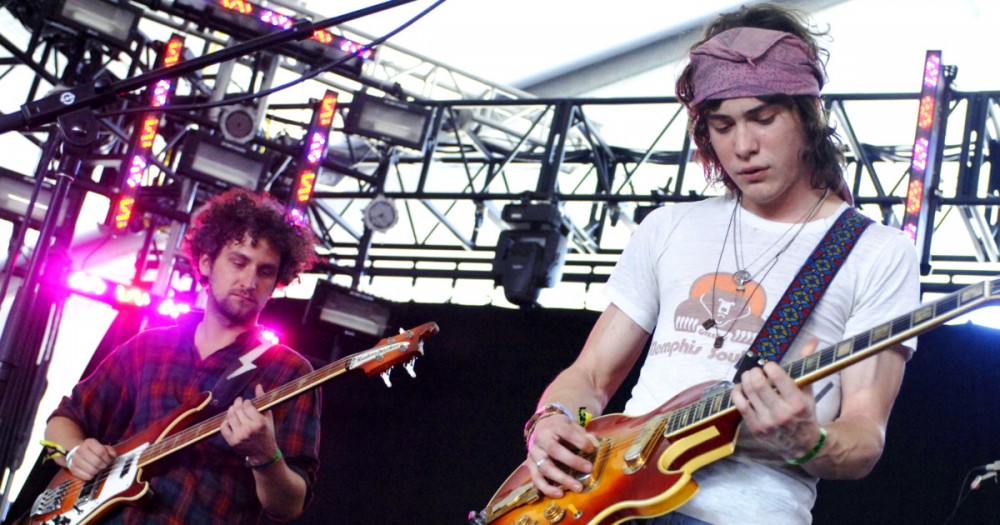 What comes to mind when you think indie in 2008? The year was, on its surface, a watershed moment that sat squarely in the middle the loosely defined genre’s three-year evolution in the late 2000s — a transitional phase in which “indie” as a term mutated from a definition personal ethos to the genre-as-marketing-point designation it currently possesses. 2007 was host to era-defining works from iconoclasts like LCD Soundsystem, M.I.A., and Arcade Fire, along with career-boosting releases from artists like Feist, the National, and Of Montreal that elevated indie’s increasing mainstream visibility; 2009 was a full-circle moment that shifted attention away from the downtown Manhattan music scene the early 2000s and toward Brooklyn’s warm, woolly emerging stars, with the incidentally scene-defining Dark Was the Night compilation, as well as records from Animal Collective, Dirty Projectors, and Grizzly Bear that cemented the three acts as the major forces they continue to be to this day.

Indie in 2008, however, has been viewed through a few separate lenses; it was a year in which lo-fi rock music emerged as a fleeting concern, with Brooklyn-centric acts like Vin Girls and Crystal Stilts garnering sizable attention along with “shitgaze” noisemakers Times New Viking and psychedelic hardcore troupe Fucked Up’s breakthrough The Chemistry Common Life. It also represented the last gasp “bloghouse” — a perpetually nascent and scene-drenched subgenre electronic music spinning f electroclash’s party-hardy, faux–fin de siécle wake — as stellar releases from Cut Copy, Hercules and Love Affair, and Crystal Castles served as a fine coda to indie’s tangy and narcotic flirtations with dance music throughout the 2000s. And 2008 also saw the debut releases from Pacific Northwesterner Robin Pecknold’s Fleet Foxes project, an explicitly folkie and dense project that presaged the “real music” revival the early 2010s by at least three years and would go on to become one the most quixotic and fascinating acts the following decade.

These 2008-specific narratives embody -the-moment trends that were short-lived or not possessing any sort long-tail impact ten years later. But there were three specific acts that released debuts that year, and who came to define various strains indie to this very day — and, in an embodiment the ethos-shedding that “indie” as a term was undergoing, they did so from the confines one major label. I’m talking about Brooklyn duo Chairlift’s Does You Inspire You, Northeastern freaks MGMT’s Oracular Spectacular, and Boston synth-pop project Passion Pit’s Chunk Change EP. The first saw release on Columbia, the second received a digital release in late 2007 before breaking big with a physical release in early 2008, and the latter got a rerelease on the label post-signing, after an initial pressing through veritable major-label farm-team outfit Frenchkiss.

Separately, these three releases occupy different positions in their creators’ respective career arcs. Originally conceived as a Valentine’s Day present for a girlfriend, Chunk Change represented Michael Angelakos’s acute, melodically tart and emo-inflected synth fantasias in chrysalis, with a thicker and more robust update to come on the following year’s excellent debut LP Manners; Does You Inspire You’s own wispy take on synth-pop came across as stylish and not much else, fering little hint the ambition that primary band members Caroline Polachek and Patrick Wimberly would exert throughout their 2010s run. And if you’ve been shopping, or attended a social gathering at any point in the last decade, Oracular Spectacular’s bombastic, blockbuster-in-miniature psych-pop is likely as familiar to you as the back your hand — producing three world-beating singles (“Electric Feel,” “Time to Pretend,” and “Kids”) that still feel damn near inescapable today.

None these releases stand as the artists’ creative peaks, but the sounds they put forth have reverberated through overground indie and buzzy major-label pop in the decade since. It’s hard to imagine the relative success synth-laden acts like Foster the People and Walk the Moon without Angelakos’s influence; when indie-adjacent rock vets Portugal. The Man notched a top-five Billboard Hot 100 hit last year with “Feel It Still,” they did so f an elastic and falsetto’d vocal from lead singer John Gourley — the same vocal timbre that so polarized Angelakos’s critics when Passion Pit started gaining steam. Dig around in the depths A&R’d alternative rock and you’re likely to find MGMT-aping acts here and there, and the band’s Oracular Spectacular–era sartorial impact on festival culture looms even larger. Despite not mentioning Chairlift themselves, a 2015 BuzzFeed article on the phenomenon “indie-pop voice” in pop music chronicled a phenomenon that Polachek’s elided vocal mannerisms undoubtedly contributed to.

“MGMT built a bridge for a lot groups to pass over,” Columbia chairman Rob Stringer told me in 2013, and the success that they, Chairlift, and Passion Pit represented also marked a new signing boom when it came to major labels and indie-adjacent acts — specifically, Columbia, which spent much the 2010s mining indie and indie-adjacent culture’s more accessible artists (including, incredibly, a band called Peach Pit) in hopes keeping their late-2000s hot streak alive. Whether or not the designation is earned, Columbia has essentially turned into a hub for indie’s biggest acts seeking bigger platforms over the last decade; LCD Soundsystem and Arcade Fire now call the label home as well, and it’s expected that Vampire Weekend’s fourth album will see release on the label too.

The impact that MGMT, Chairlift, and Passion Pit’s first acts had on the following decade popular music is as remarkable as it has been undersung — and it’s equally fascinating how far each act has strayed from their initial, culturally meteoric successes since. Angelakos has since taken Passion Pit’s sound to adventurous and pared-back places and self-released an audiovisual Christmas album (and, without Columbia’s involvement, a fourth Passion Pit record); he’s also collaborated with like-minded EDM auteurs and become a passionate advocate for mental-health issues within the music industry following the tumultuous period surrounding 2013’s Gossamer that (full disclosure) I chronicled around the time.

Of the three acts, MGMT have perhaps charted the strangest trajectory since their initial successes. You could argue that the strange and frequently imposing music they’ve released since — specifically, on 2010’s polarizing Congratulations and 2013’s wild-eyed self-titled LP — represents an outright rejection the sound that put them on the map to begin with, accruing Über-cool admirers ranging from Daft Punk’s Thomas Bangalter to Deerhunter’s Bradford Cox while confounding the kids that still show up for “Kids.”

Perhaps that’s why Little Dark Age — a spiky, apocalypse-obsessed collection synth-pop songs that represent the band’s most accessible material since Oracular Spectacular — was such a pleasant surprise when it saw release earlier this year, synthesizing (no pun intended) the band’s most difficult impulses in a relatively pop-friendly guise without losing any MGMT’s willfully weird spirit. Despite the incidental callbacks to their more musically straightforward early days, though, MGMT — as well as their Columbia contemporaries — have continued to spiral away from the industry-based movement their auspicious beginnings kicked f. Even if they currently don’t sound anything like the music they’ve been indirectly responsible for, indie as it’s defined in 2018 wouldn’t sound the same without the three them.