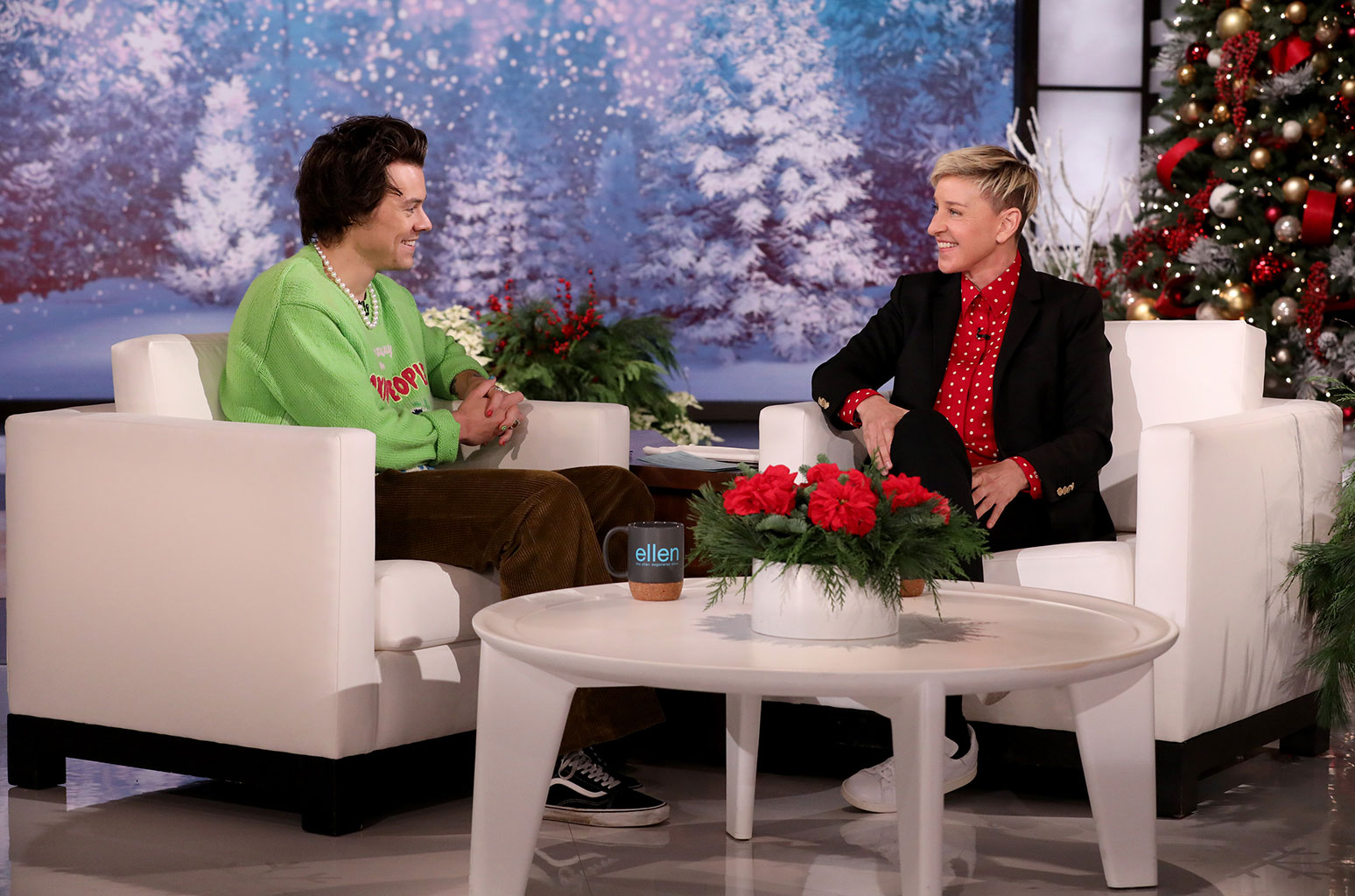 Harry Styles stopped by The Ellen DeGeneres Show on Wednesday (Dec. 18) to chat about his new album Fine Line — but particularly, that one risqué photo inside his vinyl booklet.

Styles bared it all in a photo for a two-sided poster that comes with the Fine Line vinyl, which features the "Lights Up" singer completely naked alongside a pool shaped like a human heart. While he didn't expect to pose naked, Styles explained that it happened as a result of some clever manuevering from the photographer, Tim Walker.

The former One Direction star also chatted with DeGeneres about his solo venture to Japan for the album, as well as how he has approached solo stardom. "I think coming out of [One Direction], I kind of tried to remind myself before getting any expectations — just not assuming anything, like, 'I don't know if people are going to come because it's not the band anymore,' and stuff like that," he said. "It makes me feel, obviously, very great that people seem to be enjoying the music."

In addition to the interview, Styles played along with a hidden camera prank on an unassuming pizza delivery guy, as DeGeneres hilariously told the singer what to do and say — including a lot of "bro"s and fist bumps.

Watch Styles interview with DeGeneres as well as his pizza delivery guy brank below.