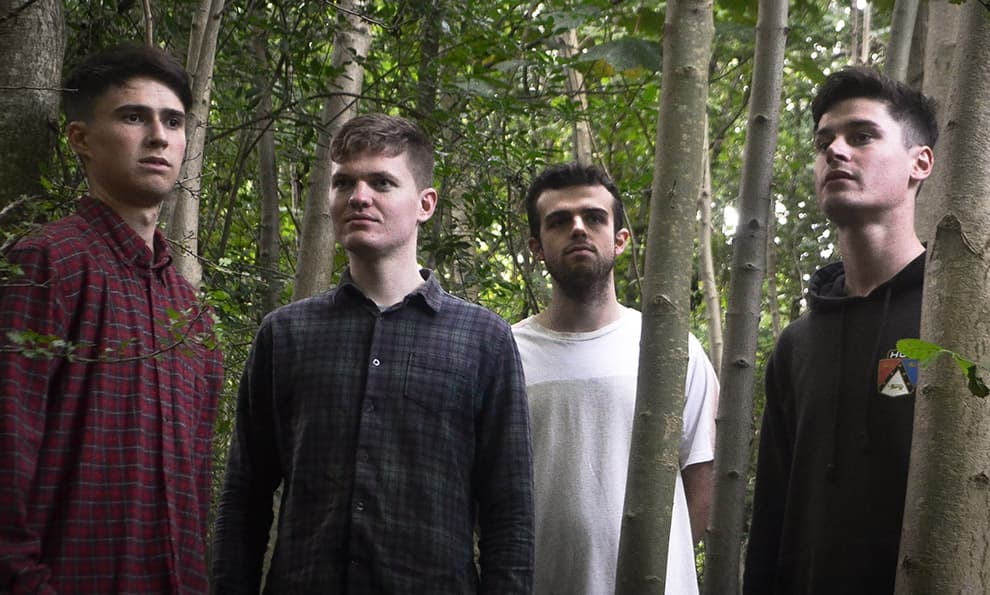 Brighton-based Halcion is comprised of reunited childhood friends  Sam Bowen (Guitar + Vocals) and Rory Mitchell (Guitar) who originally met at the University of Exeter. Originally an acoustic duo, Plans was the first song they wrote together. Now three years later, Plans is officially released with the addition of Ben Leftley (drums) and Luke Colwell and a fuller sound.

An oceanic stir of ambient throbbing nerves and star freckled glances lead into a snare-driven verse. Plans then jumps between emphatic contrasting sections with a pointy nexus of guitar arpeggios and a bouncy bassline. The hook weighs heavy like broken dreams scattered on acrid sidewalks, ripped and gored by crazed love. The madness and ecstasy that dances between gradually builds to a crescendo of delirious strife. It was all you cherished and all you needed. Now the flame decays with open eyes and wide mouths.

In the Tilly Harding-Kemp directed video, dancer Daisy Cauty chronicles the erratic behaviours that occur in a relationship that’s breaking down and symbolizes attempts at moving forward which often end in regression, characterized by the dancer’s reversed performance.