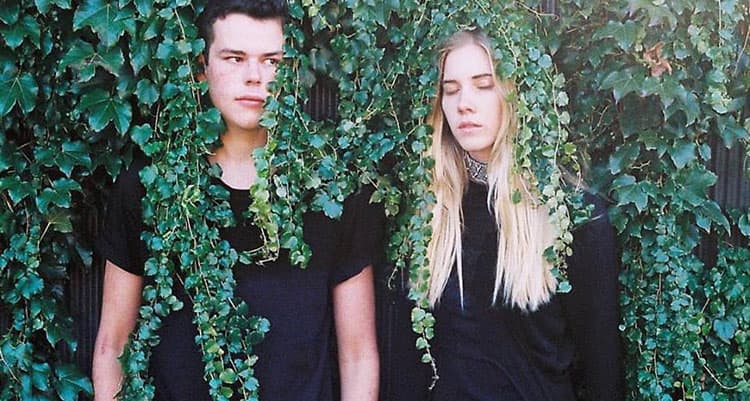 It seems like half of what we’ve been featuring lately has come out of Australia. Golden Vessel (Max Byrne) is one such producer that has been on here before, and now, he’s prepping for the release of his Before Sleep EP. The first single from the EP is the sublime Vines featuring Woodes.

“We keep on falling and we drift apart,” sings Woodes in a delicate weightless voice that floats along a calm fluorescent stream of shimmering water. Byrne’s production here is crystalline. Hypnotic synths wobble below the warm stream with spurts of glowing ambiance that never take the spotlight away from Woode’s gorgeous vocals. The uncertainty of a fighting couple or a now ex couple weaving back together leads to a climax that flows down a deep euphoric waterfall. Just close your eyes and lose yourself in this gem.

Golden Vessel and Woodes explained the song in depth:

“Elle and I managed to get together over two days in Sydney during EMC last year (2015), which is when we first started working on ‘Vines’. We set up a little makeshift studio in my manager’s apartment and started re-working an instrumental I had made a few months earlier.

The bridge of the track was one of those, surprisingly common, situations where we said we would put something really quick and change it later, but it caught up really well and we fell in love with the bridge section. It’s my favourite part of the live set to perform.” – Golden Vessel

“This song was written upon hearing the birds samples Max had in the pre-existing loop. My mind went to a kind of green, cavernous, tropical place. I suppose the content of the lyrics is quite straight forward, the idea of being in the thick of a relationship, having a disagreement, but being able to give one another time and space to work through things.

This was the first track Max and I wrote together and I think by the end of the session we were both quite excited by how we could push one another through writing more. We spent a couple days working on new music and in that time created another track that is on my EP called ‘Poison’, and since then we have worked on many more.” – Woodes

Spin Vines below along with Feki’s stunning remix.