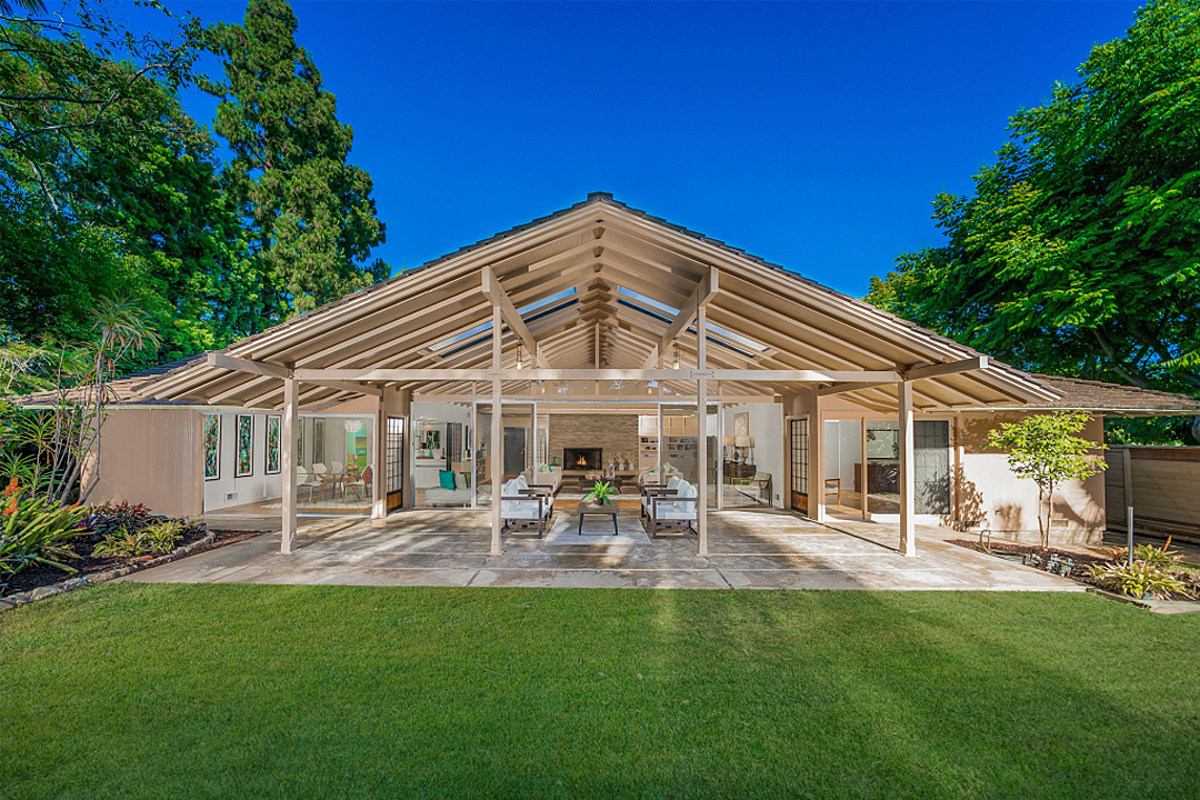 The house where the action on the classic television sitcom The Golden Girls took place is for sale for the first time ever, and it could be yours — if you have just a hair under $3 million to spend.

Variety reports that the 4-bedroom, 3.5-bathroom, 2,901-square-foot house that served as the exterior for the main house on the show is for sale for the first time in 65 years.

The Golden Girls starred Rue McClanahan as Blanche Devereaux, a widow who opens her house to another widow, Rose Nylund (Betty White) and a divorced woman named Dorothy Zbornak (Bea Arthur) after her husband dies. Dorothy's 80-year-old mother, Sophia Petrillo (Estelle Getty) also joins them, and the show ran from 1985-1992 on NBC, centering around the hilarious interactions of the aging, often tart-tongued women.

The interior shots of Blanche's house where most of the action took place were filmed on Hollywood sets, but the exterior of the house was the real-life residence of an attorney and his wife, who built the home in 1955. The couple lived in the house in Brentwood, Calif., until their respective deaths in 2017 and 2019, and the residence is currently listed for sale through a trust, which is asking $2.999 million for the property.

Variety describes the unique house as "a tasteful blend of Japanese and Hawaiian plantation styles," and one of its most prominent exterior features is a Japanese engawa, a porch that wraps around the entire house and connects to the veranda in the rear of the home. The interior of the house features mid-century glass walls, oversized windows for plenty of natural light and high-beamed ceilings, as well as hardwood floors throughout. The kitchen is painted in vibrant multi-colored hues that only add more character to a space that is already one of a kind.

Rachelle Rosten of Douglas Elliman holds the listing on the house from The Golden Girls, which is currently under contract. For more information, consult the official listing.

Scroll through the gallery below to see inside the house from The Golden Girls.

Next: See Inside Country Singers’ Homes

See Inside the Iconic House From The Golden Girls:

See Inside the Real-Life Southfork Mansion From Dallas: