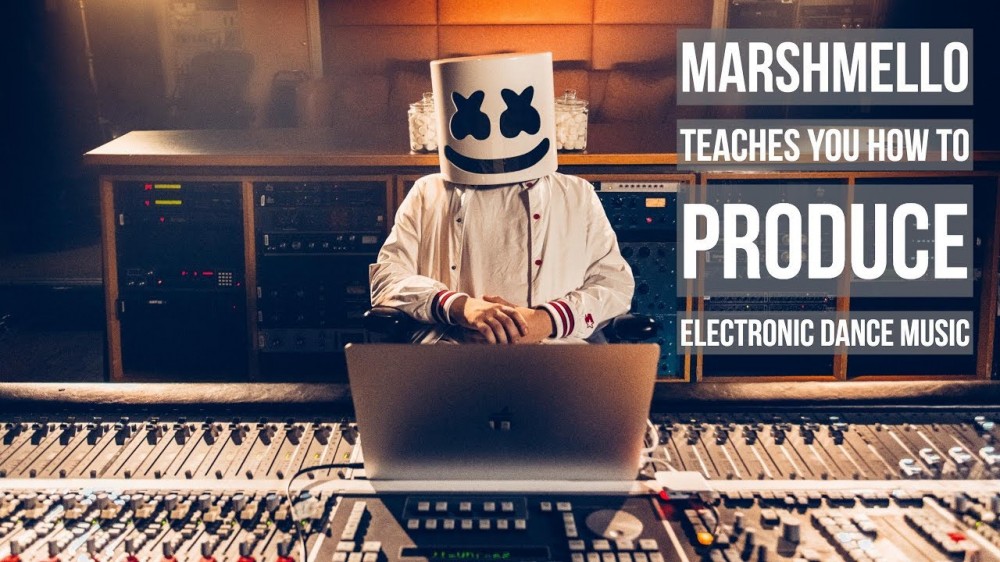 After searching long and hard for the right music education courses, EDM Sauce decided upon Creator Arcade. With support from Red Light Management and Monstercat, Creator Arcade already has courses on how Marshmello produced both “Alone” and “Summer.”

Be on the lookout for the following courses: Slushii’s “LUV U NEED U,” Southside, Borgore, Getter, Ookay, and Ghastly. Read the interview with Creator Arcade’s founder below:

An interview with Founder/CEO Brock Luker

What’s your background in the music industry?
My background is in business and computer science so I fell into the music industry by chance. My first company Engodo, which was a social analytics company did a ton brand partnerships with musicians. We ended up doing this huge branding campaign with Reebok and Waka Flocka Flame prior to Ultra Music Festival Miami in 2014. Waka and I became friends and he invited me to Miami to experience Ultra firsthand and he started introducing me to everyone backstage and that became my first real exposure to the music industry. I was fascinated by the energy and the hustle and I just fell in love with it. Later that year, Engodo was acquired by a company called ZEFR in Venice Beach in California and I became their VP Product Development and spearheaded the rights management program from independent artists on Youtube as well as lead the strategic investment into Th3rdbrain’s first accelerator program.

How did the idea for Creator Arcade come about?
My favorite question to ask anyone is, “How did you become who you are?” It’s a great question because it forces people reverse engineer their journey. We asked quite a few producers this question and it became very apparent that many learned Youtube and brute force and it took a long time before they actually created their first full tracks. It occurred to me that it would be cool if you could follow along as a DJ/producer recreated their most popular tracks. We coined this term “project-based learning” and the idea is if you recreate a song step by step from the ground-up then you would learn the tools, techniques and frameworks used by some the world’s most popular DJ’s. The goal is to make music more approachable for beginners while still allowing intermediate to advanced producers pick up a few tricks as well.

Tell me about the process working with these producers, such as Marshmello?
Each artist has their own idiosyncrasies when they’re developing a track. Mello has the uncanny ability to create music that people want to listen to – his empathy for the listener is incredible. He is all business in the studio. He doesn’t allow any distractions and he comes to work. I was fortunate enough to be in the studio for the development Silence featuring Khalid and watching those two in the studio was magic. Mello would play the track, Khalid would listen to the beat and write the lyrics in his phone right there then hop in the booth and belt it out. That entire song was created in under 3 hours and it has 300M+ streams on Spotify. Another interesting thing he does is work on multiple tracks at the same time. For instance, he may create a loop or hear something in a song that he knows would sound better in a different record and he’ll open that other record up drop the loop or sample in quickly and jump back to the previous record without missing a beat. He knows his tracks so intimately that he can do things like that. Working with these guys has been extremely rewarding but it has been extremely difficult at times because their touring schedules. Knowing that their schedules create bottlenecks for production, it becomes increasingly challenging to develop the curriculum because they don’t have the time to sit down and develop it in all at once. It usually happens over the span a few weeks and months, where we make small iterations to improve the quality the courses.

Can you tell us something interesting about Marshmello and other producers you’ve worked with?
It’s unreal how hard they work. Mello would land in LA from touring in Asia and then we would fly to Vegas and as soon as we land he’s jumping in the studio at the Wynn and is producing right up until his set at Encore Beach Club. After his set he’s jumping right back in the studio to create more music. Any successful producer that I have been around, be it Ookay, Slushii or Southside – they are constantly working. When I was touring with Waka, Southside from 808Mafia would travel with us and he would make beats non-stop for 14 to 18 hours a day. I have never seen anything like it. Everyone would be in the hotel room partying after a show and Southside would be on the couch with his headphones on making beats all night long. His work ethic is insane. It’s not by chance that these guys get to where they are. They’re putting in the time day in and day out.

What insights can you tell us about production?
It’s scientific in many ways – there is so much experimentation involved. Artists are always trying to push the boundaries what is possible and each track it like its own little invention. Some things work and some things don’t but I’ve observed that the best producers are always creating, iterating and learning.

The best way to get good at anything is by doing it again and again. Everyone wants some type secret and the truth is there aren’t any secrets just hard work.

I’m reminded the Kanye lyric, “Lock yourself in a room doing 5 beats a day for 3 summers…” – if there is a secret then that is it.

Any advice for aspiring producers?
A couple things; Don’t let your ego get in the way, make the music that you have the most fun creating and make a lot it. Chances are there will be people who will enjoy listening to it.

And one more thing – a good rule thumb is if you can’t hum it then its not gunna be a hit.

We’ve had some setbacks with a couple courses because issues out our control. But, right now we have two Marshmello classes (Alone and Summer) and Slushii and Ookay Thief class will be released in the next couple months. From there, we want to gather as much feedback from our users and learn how we can perfect the class structure.

We’ve been beta-testing a mentorship program where producers can have one on one sessions with pressionals and get live feedback on their tracks and we’re also looking to expand our learning tutorials to include mini-courses that focus on teaching a particular technique a specific song.

It’s still early days so the best we can do is listen intently to the producer community and build according to their needs.

How can people learn more about Creator Arcade?
Feel free to reach out to me on Instagram @brockluker, Twitter @brock_luker and I’d love to engage with anyone who has questions.