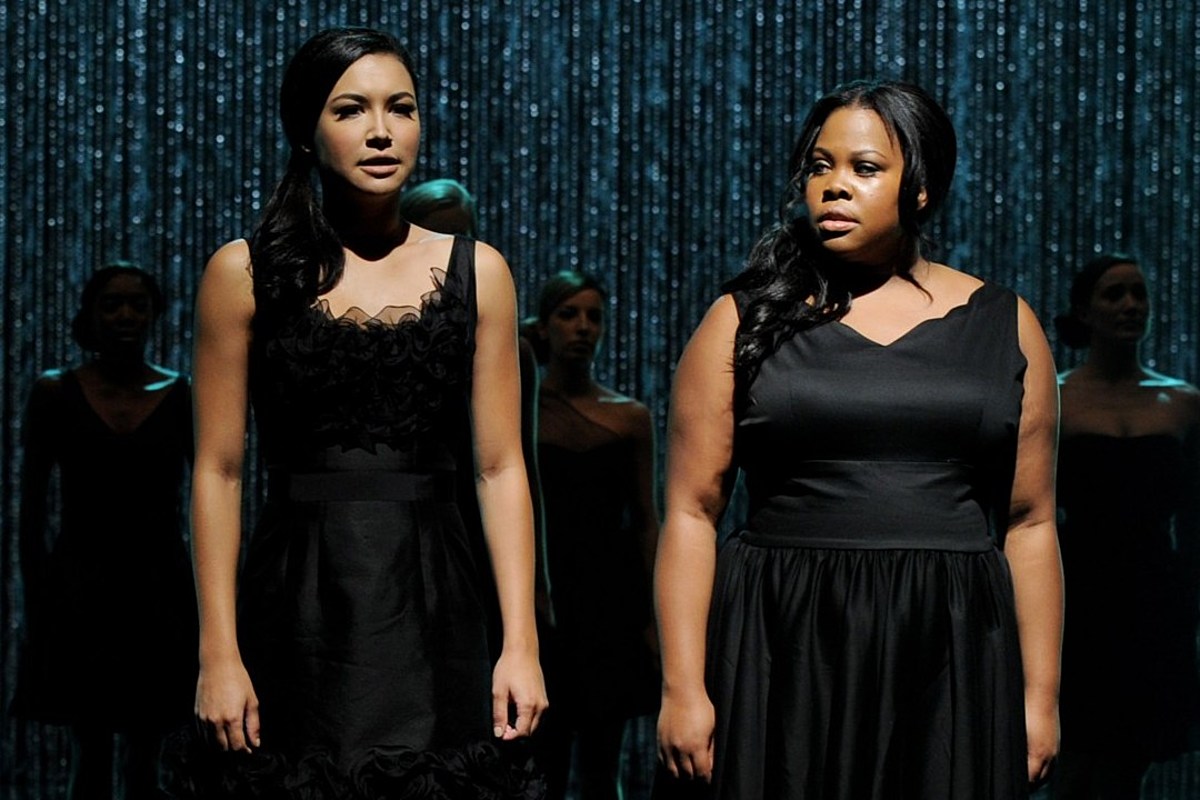 Fans and journalists took screenshots from a news broadcast on Monday (July 13) that showed Heather Morris along with other Glee stars and Rivera's parents. The group was seen holding hands on the shoreline in remembrance of Rivera, whose body was discovered this morning.

Yesterday, Rivera's former Glee co-star, Amber Riley, published a statement on social media for those who were concerned that some cast members (including Lea Michele) weren't posting directly about Rivera online.

"Show some respect," she tweeted Sunday (July 12). "All our energy is going toward helping find Naya and praying for her safe return and for her family. No one owes anyone online a performance of grief. This is very real and devastating. Focus on Naya and her family. Not us. We don’t matter right now."
After a five-day recovery mission, Rivera's body was found by authorities on Monday. Authorities said it was most likely an accidental drowning. Rivera was on a pontoon with her four-year-old son Josey Wednesday (July 8). Josey told police that his mother went swimming and never came back.