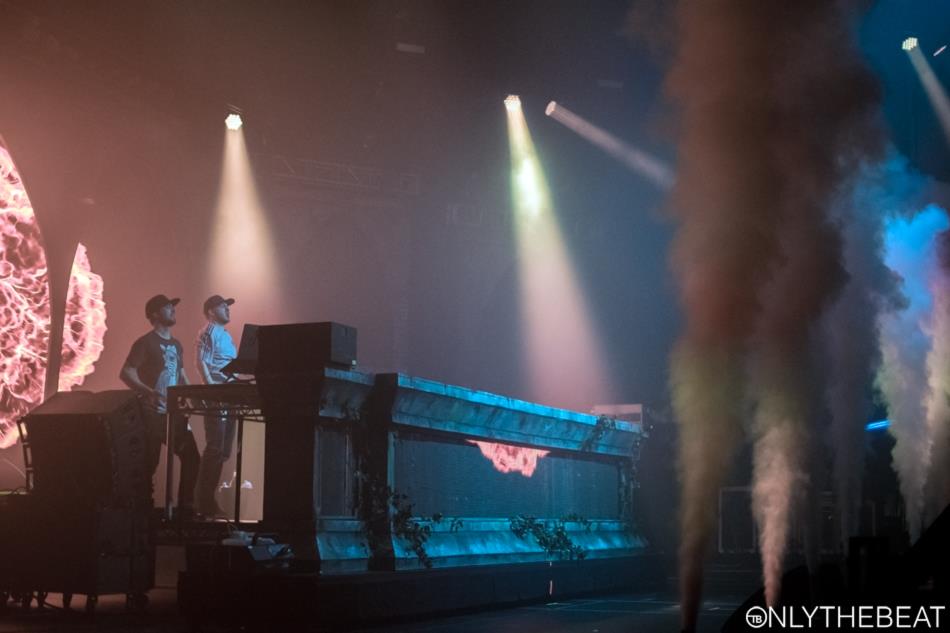 We’ve been waiting for the return Ganja White Night since React Presents’ last October, but the wait is now over! The Wobble Brothers will be hitting up Chicago on Friday, February 9th as the second stop their 20-date, ! With their new album dropping on February 5th, we know we’re in for an excellent night GWN’s alien-like dubstep, bassy wobbles, and heavy drops! Ganja White Night posted a 15-minute promo mix ‘The Origins’ album to SoundCloud on January 22nd and it already has over 20,000 plays in the first 24 hours. The mix features portions eight original tracks, including collabs with musical artists Caspa, Dirt Monkey and Boogie T. The songs are diverse in vibe, ranging from dark chillstep, to a Skrillex-like dubstep, and a even reggae track. GWN produced the album under their own record label, , which is responsible for other artists such as Boogie T, DirtMonkey, Dubloadz, Kidway and Glÿph.

Special guest, , will also be hitting the decks in Chicago. While it’s still unconfirmed whether or not it Opuio did perform the live mix ‘ during his set at , we hope to see the live collab at the Aragon for ourselves! Also performing on this night is , the Philly-based dubstep producer and leader the CYCLOPS ARMY. Only the Beat has partnered with React Presents to giveaway a pair tickets to see the show! To enter, you’ll need to like, comment, and share . Just click on the flyer below to get started! caption id=”attachment_40440″ align=”aligncenter” width=”600″] Graphic: Kael Rose/caption]