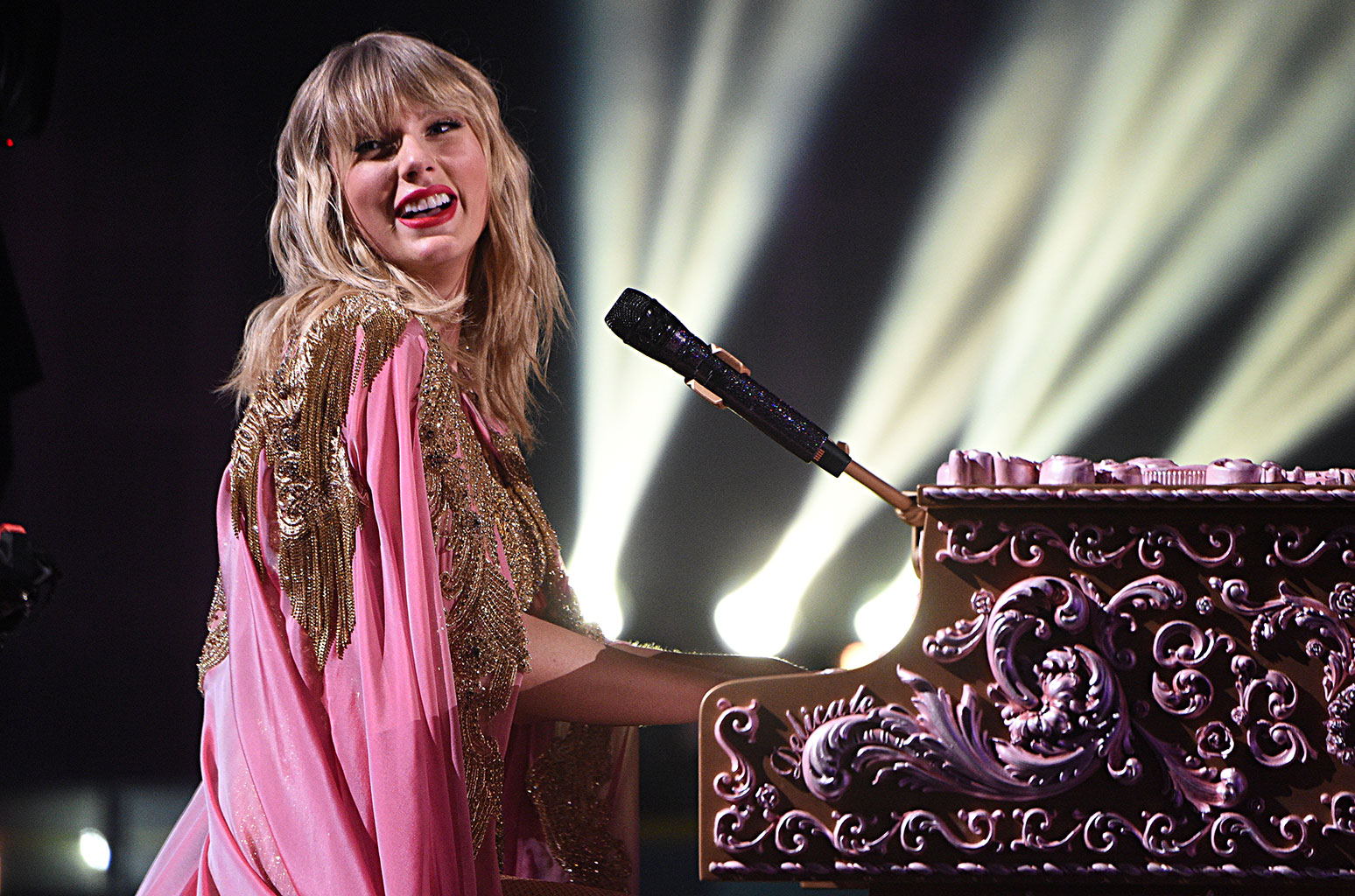 December has finally arrived, which means the holiday music season is in full swing, snowballing like an out-of-control sleigh ride towards Christmas Day. And being the first official week of the month, we've rounded up all the Festive Friday releases (Dec. 6) by everyone from Taylor Swift and Blink-182 to Keith Urban, Nina Nesbitt and more!

Listen to this week's new holiday music picks from Billboard below.

Christmas came early for Swifties around the world when Taylor Swift tweeted Thursday (Dec. 5) that she'd "just written a Christmas song." Thankfully, the superstar decided to release the sentimental, '60s-inspired track the following day rather than force fans to wait until Christmas 2020. The earworm, titled "Christmas Tree Farm," and its home video-filled visual reference Swift's idyllic childhood growing up on a Christmas tree farm in Reading, Penn. amid "sweet dreams of holly and ribbon/ Mistakes are forgiven/ And everything is icy and blue."

Blink-182, "Not Another Christmas Song"

The guys of Blink-182 take a more grinchy approach with their new holiday offering, "Not Another Christmas Song." As the title suggests, the rockers find themselves saying "Bah humbug!" to the Christmas spirit as they descend upon Santa's workshop to wreak havoc in the track's hilarious claymation video. "Another year not in a coffin/ Growin' up or whatever you call it/ Sometimes you get what you got/ But it's not what you wanted at all/ This is not another Christmas song," Mark Hoppus and Matt Skiba wail as the stop motion version of bandmate Travis Barker electrocutes himself putting lights on the Christmas tree, causing an elf to get decapitated by a giant falling nutcracker. "Bah humbug," indeed!

Bad weather has ruined Keith Urban's holiday plans in "I'll Be Your Santa Tonight," with a massive snowstorm stranding his loved ones all over the country. Rather than throw in the towel, the country star makes the best of the alone time with his lover, promising "I'll bring the magic, I'll bring the lights/ I'll make you a star, at the top of the tree, shinin' so bright/ You don't need a chimney 'cause I'll be your fire/ Let's put a kiss at the top of your list/ We can be naughty or nice/ Don't worry baby, oh no/ I'll be your Santa tonight," on the track's vamping chorus.

Boy band In Real Life heads to California for a holiday in the sunshine in "California Christmas." Between rapped verses, the quintet woo the ladies in their lives by painting a picture of a romantic December filled with palm trees, sandy beaches and the bright lights of L.A. "California Christmas and there's not a cloud in sight/ Time away from you has got me feelin' cold inside/ All those L.A. girls, I know they couldn't change my mind/ This won't be a holiday if I am stayin' far away from you," the boys croon on the track's poppy chorus while gazing dreamily out at the Pacific Ocean.

Scottish pop singer Nina Nesbitt reinvents album cut "Last December" from this year's The Sun Will Come Up, The Seasons WIll Change into a yultide ballad complete with twinkling bells and a dose of holiday melancholy. "Drinking mulled wine and seeing the lights/ You lit up London in my eyes/ I loved last December/ Don't think that I don't remember it all now," she intones to a lost love over quiet piano and bittersweet memories.

Rising singer-songwriter Anna Rose offers up her first Christmas track with a cover of perennial standard "I'll Be Home For Christmas." Over strumming guitar and gentle harmonies, the daughter of legendary composer Alan Menken offers a faithful take on the hopeful holiday ballad, which comes in both a Spotify exclusive and acoustic version in the wake of her 2019 sophomore LP, The Light Between.