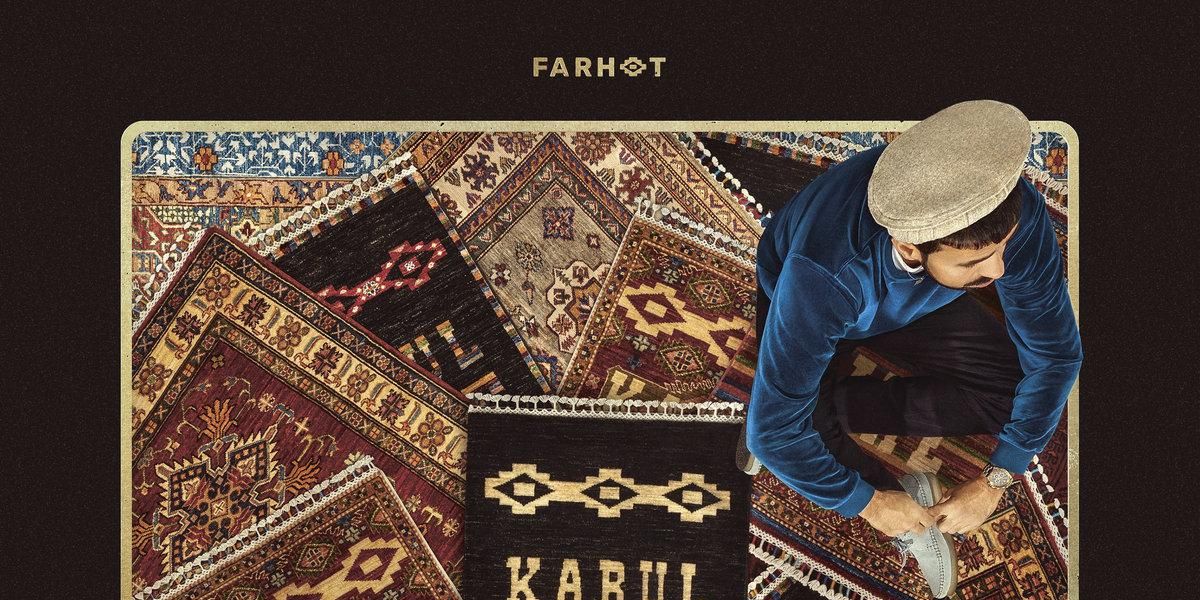 Prolific, Hamburg-based producer Farhot has not been back to Afghanistan since leaving it as a child with his family during the Soviet-Afghan War. Distance notwithstanding, though, his music speaks to the deep connection he feels to his homeland. On Kabul Fire Vol. 2, his Afghan roots are not the only parts of his musical identity, but they are integral, represented in samples from film, folk music, and voices from his distant home. Farhot interweaves these with gorgeous piano lines and luscious beats, among other elements, and the resulting album is a seamless work of sophisticated hip-hop.

The album’s structure is a tried-and-true one: some lyrical tracks, some self-contained instrumentals, and some more interstitial experiments all coming together to build a world of stories in different voices coexisting in a single realm. In this case, the domain in question is an Afghanistan Farhot pieces together from both an archive of histories captured in word, film, and song and a repertoire of the personal experiences that inform his creative choices in sounding his heritage.

Recurring throughout the album is a memorable piano motif that holds much of the album together. An authoritative march in its most basic form, it’s flexible, serving as a base for rapidly accelerating beats on opening track “Bale, Bale”. It breaks down into a soulful backdrop for “Azadi” and its tribute to Kabul. The motif brings the album to a sudden stop as it plays softly behind the croon of late Afghan icon Ahmad Zahir’s “Oh Bano Bano Jana” on closing track “Shirin”. It becomes the central pillar of Kabul Fire Vol. 2, from which Farhot treads new paths and returns before heading off in a different direction.

Every direction is a fruitful one in Farhot’s Afghanistan. This album recognizes the diversity of Afghan culture, going beyond Euro-American media representations of Afghanistan as a nation defined by war. Instead, he seeks stories from the ground, drawing samples from local media. Landmark films make for particularly salient sources, including Three Dots, the debut film of Roya Sadat, post-Taliban Afghanistan’s first female film director, and Siddiq Barmak’s Osama and Opium War. Freedom fighter Ahmad Shah Massoud asks his followers to remember their dignity on “Yak Sher”.

“Samping Watana / Biya Bachem” features the voice of Moshtari Hilal, a fellow Hamburg-based Afghan artist who muses on the power of a sample collage and ultimately lands on the philosophies at the core of Kabul Fire. “Not to show that we’re all the same / Not to show unity / But to show that there are so many different versions of us.”

Other guests include Nneka and JuJu Rogers on “Check”, a critique of war and its disproportionate impact on the brown folks through bombs and violent, unsurvivable displacement. “Feel Ugly” is a downtempo lamentation featuring Tiggs Da Author’s soulful croon. Their tracks lend themselves well to being standalone singles. But they take on even greater significance within the context of Farhot’s explorations of his sense of identity and place, offering explicit expressions of emotion enhanced by adjacent instrumental tracks like haunting “Kishmish” and high energy “Azadi” and “Pul”.

Farhot takes a thoughtful view of the country his family had to leave behind on Kabul Fire Vol. 2, presenting it through his very personal perspective. His versatility as a producer and his commitment to uplifting a wealth of viewpoints are both admirable qualities, and Kabul Fire Vol. 2 is a non-stop flow of them, artfully assembled. Simply put, Farhot is a consummate professional and a vital creative voice, and his output here is luscious.