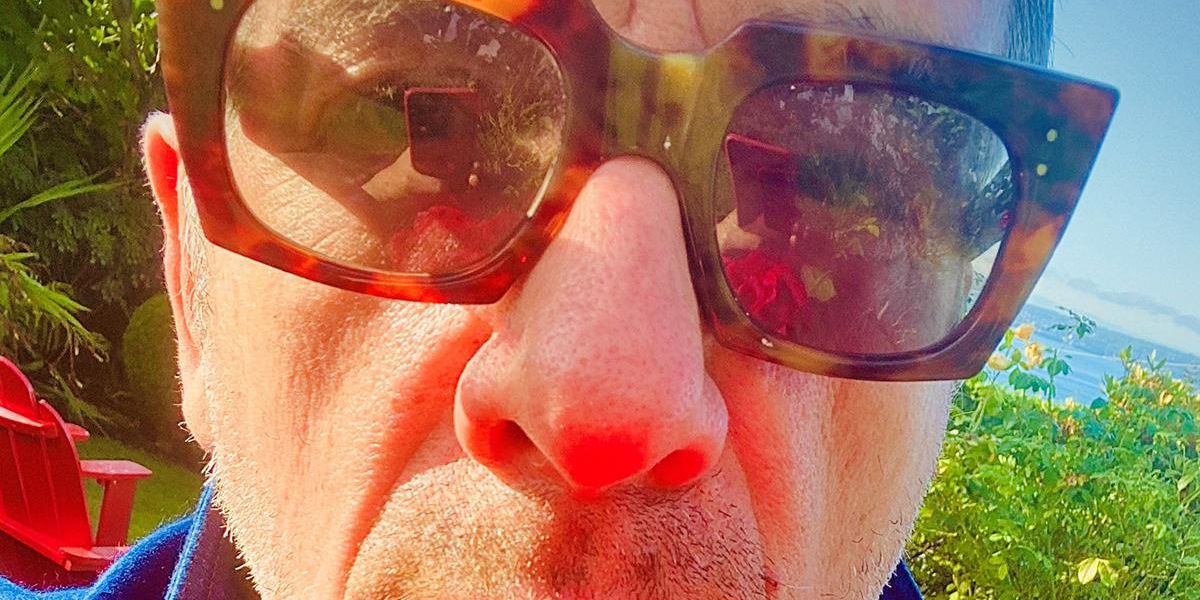 When Elvis Costello crashed into the consciousness of rock fans in 1977 with his debut album, My Aim Is True, he seemed like the bastard son of Buddy Holly and Johnny Rotten, the personification of the angry young nerd inside so many of us.

While he was married and a bank employee who recorded the album on sick days, Costello seemed like an adolescent who had spent afternoons practicing licks and looks after school with his Fender Jazzmaster in front of his bedroom mirror, brooding against a world too stupid to get him. What has become clear over the years is that he was not just a clever, in-your-face rocker but a musical craftsman whose pedigree also came from his father, a professional trumpeter who played the very opposite of punk — classic big-band jazz.

Long-time fans are no longer surprised by Costello leaving the rock reservation for country, jazz, and new classical music. He showed he was not just the knock-kneed rocker ready to explode but that he hunkered down and worked out every inch of his songs and their arrangements. Little wonder that instead of becoming a nostalgia act, he has collaborated with a dazzling array of artists, from Burt Bacharach and Anne Sofie von Otter to Gov’t Mule and the Roots.

On his 31st album, Costello creates a collection with his hallmark smartassery and wordplay, but he doesn’t just brute-force his way through them here. The album is darker and brooding, with a few notable rockers, such as the single “Hetty O’Hara Confidential” about a gossip columnist’s rise and fall. The song, recorded in Helsinki with Costello playing all the instruments “and noises”, has an electronic big beat peppered with a variety of electronic sounds. Still, it’s not at the breakneck speed that he often did in his early days with the Attractions.

The album’s other single, “No Flag”, is another rocker in what he has jokingly called his “Helsinki Sound”, a pastiche of stinging guitars and crosshatched electronics and percussion with Costello’s signature beat-down lines of anger, this time expressing a nihilism that he has said was written prior to the annus horribilis of 2020. He snarls: “No time for this kind of love / No flag waving high above / No sign for the dark place that I live / No God for the damn that I don’t give.”

Elsewhere there are more world-weary tunes such as “The Whirlwind”, with a sad narrator looking up and “considering the stars that shine and flap and fall before they’re spent”. Or there is the spoken-word opening track, “Revolution #49”, which sets a melancholy tone to the album. Desert winds swirl as he enjoins us with “love is the one thing we can save” amid the desolate, Middle Eastern atmospherics.

The closing “Byline” finds Costello singing with the deep sadness of a lover with a spare piano accompaniment. “I read by line by line by line / That old sarcastic Valentine / That you denied you’d sent to me / Then took it back.” “I Can’t Say Her Name”, has a languid, Hoagy Carmichael vibe where the narrator chews on his ambivalence about a relationship: “I don’t need your pity / I’m powerless and proud / And I don’t feel ashamed / Oh, but I can’t say her name.” “Zula’s Tune” goes full noir, with a Paris-based ensemble of jazz musicians, and Costello singing of lost love in this world and the hereafter: “Each hour will be peaceful as the reeds make the river slow / The earth will be broken, and we’ll lie there below / I am yours, you are mine / To long for longer is a crime.”

In contrast is the deceptively jaunty old-time New Orleans sound of the title tune, also recorded in Paris, a sardonic look at the passage of time, particularly in the form of a failed romance, with the narrator addressing time itself in the personification of a clockface. Amid some Costello-clever allusions to clocks, such as “she wound up in his arms,” he laments: “Why is it when we’re apart / You always take it slow / And when she’s here / You always say ‘It’s almost time to go.'”