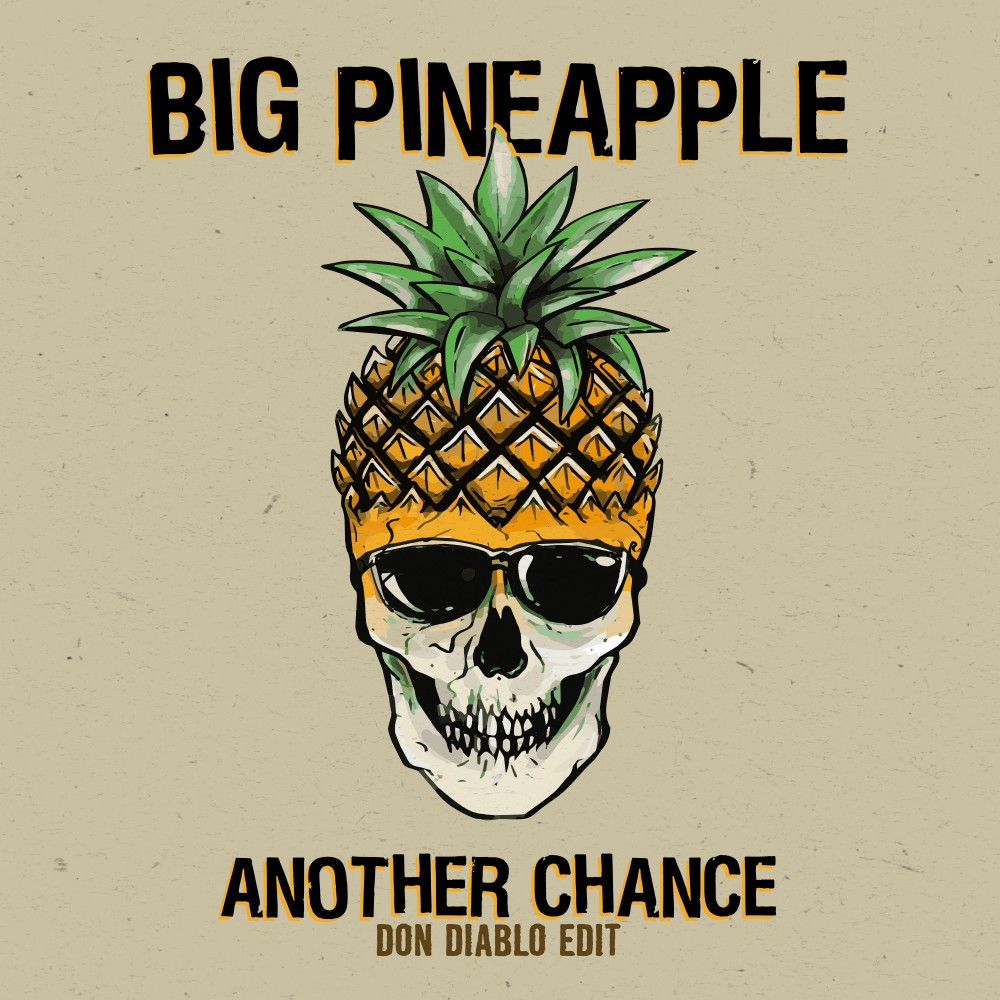 “The mysterious Big Pineapple grew up on a remote island where he was left as a baby. Growing up there he made the most out his lonely situation, mostly making toys and later on art from the pineapples he was surrounded with.

A few years ago he met a stranger who showed him the wondrous world electronic music. He fell in love with the sound immediately and decided to dedicate his life to making music.

Years pass. Until one day that stranger saw his dedication and hard work and decided to take him under his wing. That stranger is also known as Don Diablo and the rest is…well about to be history.

Another Chance is the first ficial release but fear not, this is only the start…

Inspired by Roger Sanchez’s ‘Another Chance’ which hit #1 in the UK charts in 2001 and includes a sample from Toto’s ‘I Won’t Hold You Back’, the track is a nod towards the house sound the early noughties mixed with Don’s trademark future house touch.”

While we don’t have anymore info on who this mysterious artist is, we are kind guessing it may be either a Don Diablo alter-ego or a new artist that he is grooming from the ground up. Either way…