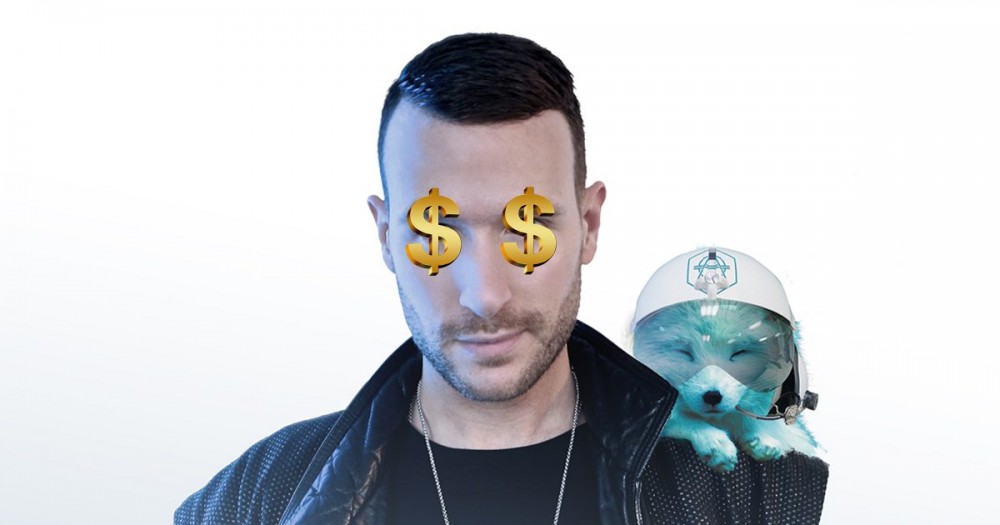 Cryptocurrency has claimed yet another victim with its meteoric rise as late, this time it is producer/DJ Don Diablo who has developed his own form cryptocurrency for a virtual world called Hexagonia, named after his recently launched record label Hexagon. Inception much?

As reported by , “Hexcoin is built on Gaze Coin, a monetisation platform that allows for VR and AR content to be monetised based upon what the user spends time looking at. By using eye-tracking technology to measure how long users spend looking at or interacting with objects in the virtual world, this information can be converted into a monetary value.”

So ideally, the more time people spend on Hexagonia, the more money Don Diablo rakes in. Not only will his track plays and exposure go up, he will get paid when someone spends any amount time on his virtual world. Since Hexagonia will track what users view most, it gives statistical analysis which can be used to further grown and develop Don’s career. Sounds like a win:win to me.

Speaking on the issue, Don said, ““As a creator electronic music, I’ve always been engaged in technology and how it can connect my art to the outside world,” Don Diablo said. “With HEXCOIN and HEXAGONIA, I see a future where the line between fan, artist and technology blurs, and creativity is unleashed in powerful, measurable ways. I’m extremely excited to welcome Hexagonians and future fans to the next level technology in music.”

Albeit super confusing, Don Diablo is onto something here, now if only I can figure out what a bitcoin even is…