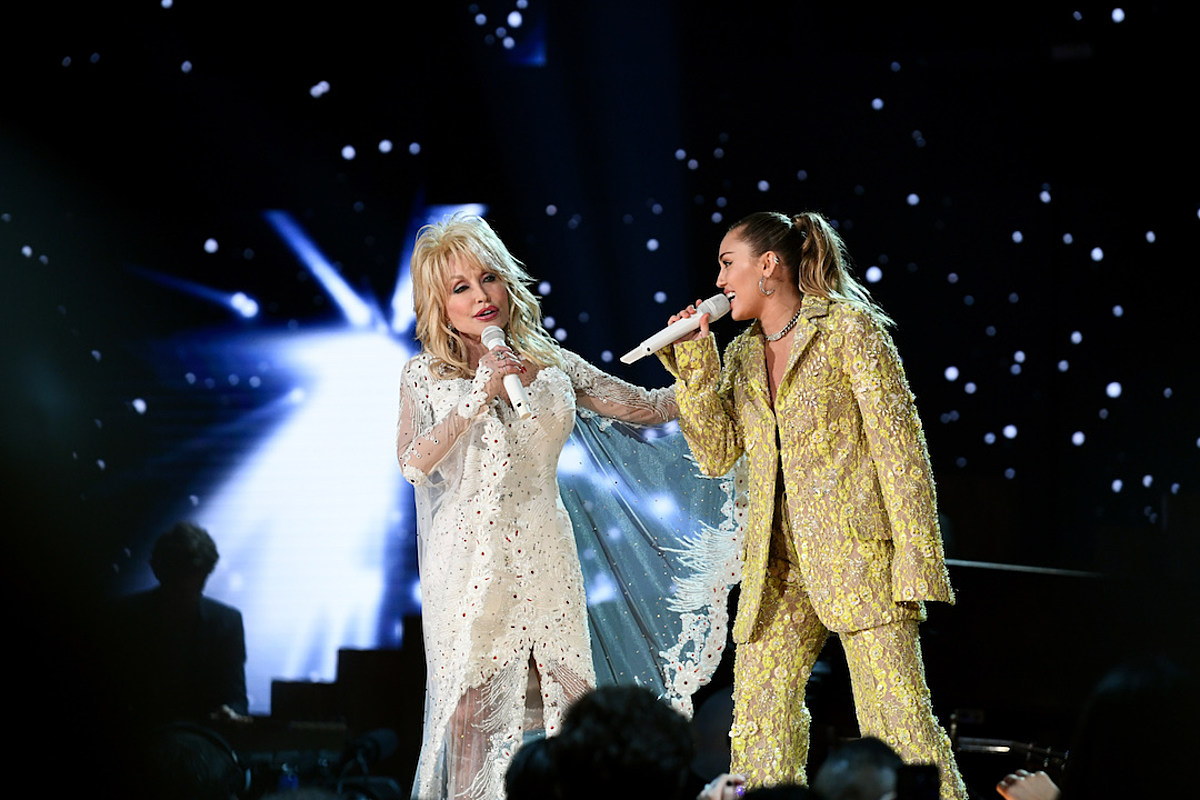 Miley Cyrus, who also happens to be Dolly Parton's goddaughter, is one of a star-studded cast of guest artists to appear on the country icon's new holiday album, A Holly Dolly Christmas. As a featured performer on the project, Cyrus joins the ranks of Michael Bublé, Willie Nelson, and even her own dad, country singer Billy Ray Cyrus.

In a new interview on BBC America's Graham Norton Show, Cyrus remembers the surprising — and pretty old-fashioned! — way that Parton invited her to be a part of A Holly Dolly Christmas.

"She faxed me," Cyrus drily corrects the show's host, after he made a reference to Parton "calling" Cyrus to broach the idea of a duet. The singer went on to clarify that she does not even own a fax machine.

"So, she gets upset when you don't respond. And it's like, 'I'm sorry, I don't … I don't even know,'" Cyrus continues. "Half the people watching your show might not even know what a fax machine is."

Fortunately, Cyrus' famous dad happens to share Parton's quirky, outdated sensibilities when it comes to technology. The younger singer explains that Billy Ray owns a fax machine that he keeps in his gym.

The country legend's old-school tendencies also meant that the pair had to record their holiday duet during a decidedly un-festive time of year, Cyrus shares.

"Only for Dolly Parton do you sing a Christmas carol in July. But she makes physical records, and so she had to get it turned in, and so I was singing about Christmas in the middle of L.A. summer," the singer says. "And only for Dolly."

A Holly Dolly Christmas arrived on October 2. The project's first single is Parton's duet with Bublé, "Cuddle Up, Cozy Down Christmas."