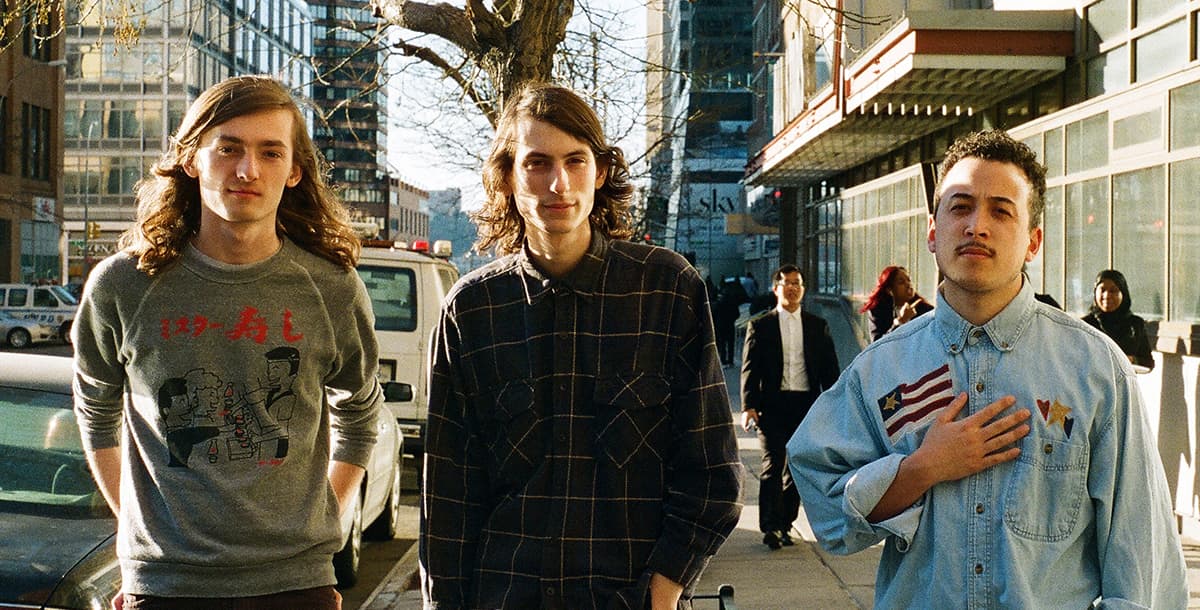 What began in 2016 as Nicholas Greenberg’s solo project with six tracks worth of material would soon become a trio with Lucas del Calvo and Charlie Culbert known as Dog Trainer. From their forthcoming EP, Apartments, they’ve released their debut single and accompanying video for Graffiti.

Your tattooed foot was my type of art
Did I ever tell you that?
The subway train became my beating heart
Your room became my habitat

With a backdrop of assorted retro videos is a man in reverie on a bed of warm analog synths and lo-fi guitars. “Nobody’s love was meant to last/ Remember what you used to say,” laments Greenberg before the hook with a cascade of keyboard notes and organic percussion that propels the track further into reverie. Enveloped by the warm glow of New York city streets with its tattoo rainbows and cobwebs made of grey hair, Greenberg concedes with a melancholic cry that the paint has dried and it wasn’t meant to be.

Dog Trainer’s Apartments is due on March 31 – mark it down.