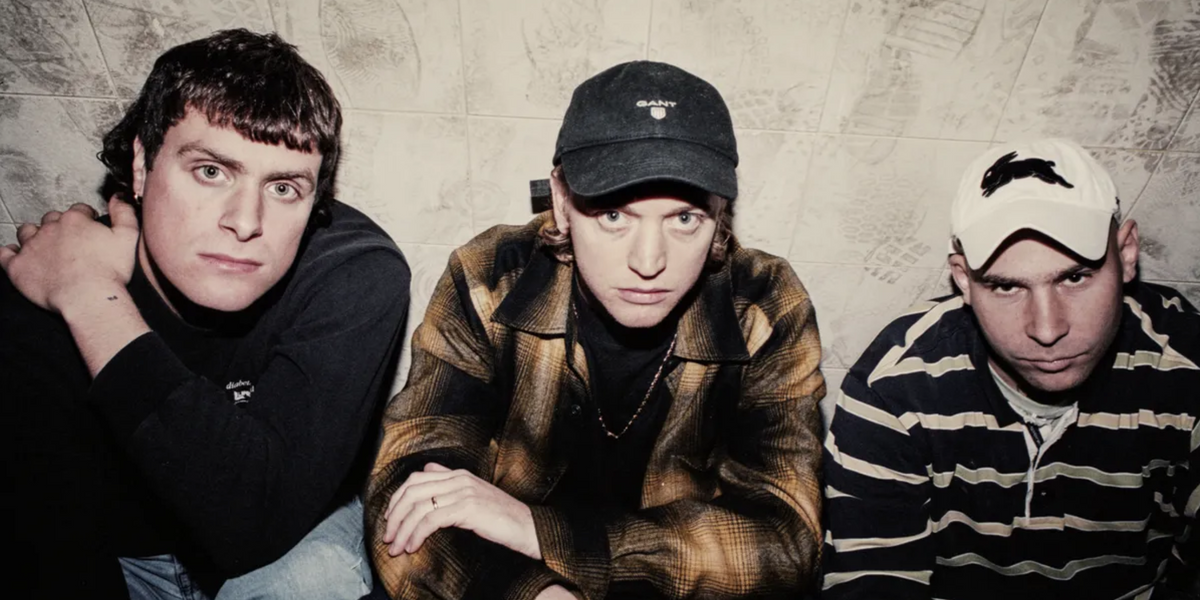 As long as there are artists, there will be critics who apply tags and labels and sort those artists into “scenes” or genres or subgenres. And as long as there are critics who apply tags, there will be artists who make a point of removing them. Sure, artists like to “challenge themselves artistically”, as many say, but often maintaining the aura of independence and defiance is just as important. And there is a difference between the two concepts. While Prince and Bowie were true geniuses whose insatiable creativity led them to try on styles like new clothes, can one look at Ed Sheeran’s No. 6 Collaborations Project as anything but an attempt to seem a little less lame than he was before?

Australian pop-rock trio DMA’s and their third album, The Glow, fall somewhere in the middle. While they don’t have the commercial stature of a Bowie or Sheeran, they have built a steadily-growing following with their winning 21st-century take on the swaggering, hook-heavy Baggy and Britpop sounds of the 1990s. Of course, they decided they no longer wanted to be straight-jacketed by the “Britpop revival” label. It was time for them to break free.

They did so by going into the studio with Stuart Price, a mega-producer who is best-known for his electropop work with Madonna, Pet Shop Boys, and Take That. What was the part of the band’s label, BMG, in this decision? Who knows, but it is fair to note that guitar bands have all but been extinguished from today’s pop radio. In any case, shiny and modern for no good reason, The Glow sounds exactly like Britpop revival music as processed by a slick electropop producer.

Generally, what this means is instead of traditional rock ‘n’ roll backing tracks, the songs on The Glow have rather generic drum machines, synthesizer swooshes, and various studio effects. Yes, there are guitars as well, but for the most part, these get swallowed up into the great, surging, flashing, formless mass of sound. Is it loudness wars or Price throwing everything he has at the mix? DMA’s first two albums, Hills End (2016) and For Now (2018) were polished and clean-sounding as well, with big-name studio hands like Spike Stent on the credits lists, but the aptly-named The Glow positively lacks definition.

It is kind of a shame, because DMA’s view themselves as songwriters first and foremost, and The Glow has some pretty good songs trying to peek out of the morass. Opener “Never Before” has that effortless Baggy confidence, a chugging rhythm pushing against Tommy O’Dell’s offhandedly charismatic crooning. It’s the kind of song Oasis could have made in their sleep in 1994 and would have paid good money to write from 2000 to 2008, but thanks to Price’s bells and whistles, it comes off as more EMF Gallagher brothers. “Hello” is a goodhearted power-pop rush while “Appointment” is well-thought-out midtempo indie balladry. Both are undone, though, by clumsy drum programming and a more-is-more approach to sonic space.

A couple of tracks do manage to cut through the production, and they are The Glow‘s saving grace. “Life Is a Game of Changing” simply embraces the electronics full-on, a moody, four-on-the-floor dance track complete with New Order-style bass licks. Overall, the arrangement is effective enough to compensate for its clunky, pseudo-industrial drum pattern. Lead single “Silver” is by far the best thing on the album. With O’Dell’s passionate delivery of borderline-nonsensical lyrics about a relationship and keen sense of dynamics that culminates in a memorable, double-decker chorus, the song doesn’t mind playing to DMA’s strengths. Tellingly, it is the album’s only track not produced by Price.