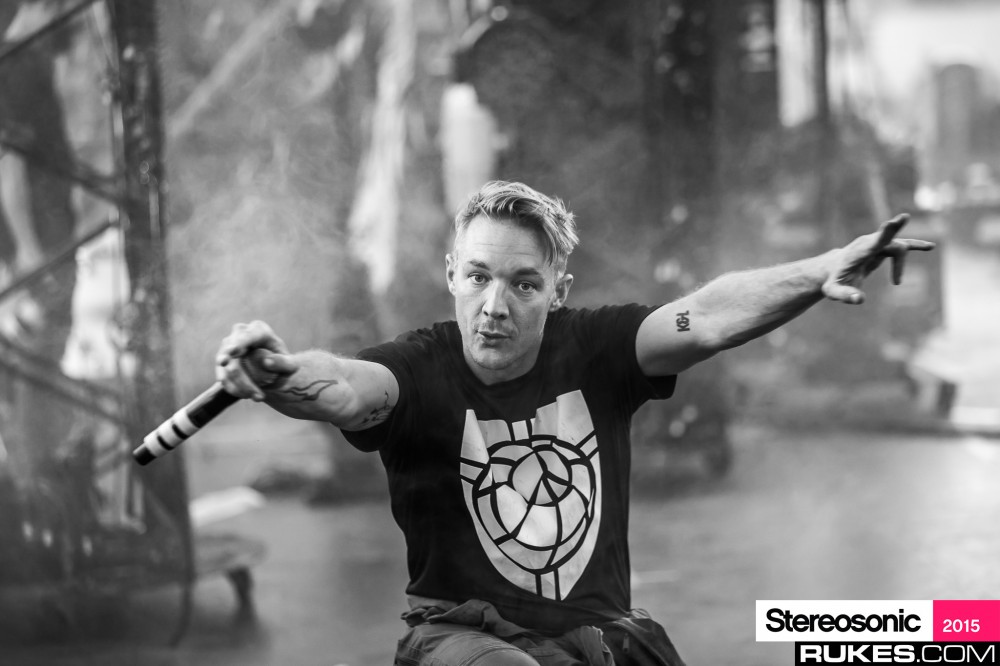 It’s hard to think a DJ in the world with more collaboration leverage than Diplo. As one the godfathers Electronic music, Diplo has hit hard on a solo career as well as some your favorite side projects including Jack U and Major Lazer, all which have dominated soundwaves and taken over with chart topping hits. Yesterday, Coachella’s lineup dropped which was followed by the drop New York’s Governers Ball which will take place June 1 through June 3rd @ Randall’s Island.

“Silk City”. Over recent months, Diplo has made clear that he and Ronson were in collaboration mode working on a disco album. We all know Diplo got his start as a DJ playing gigs at Philadelphia nightclubs, coincidentally the primary venue being called “Silk City”. Later the city gave way to the inception “Mad Decent” at 12th and Spring Garden. The album in the works is in effort to create something that sounds “more sophisticated and more his age”. He said in an interview with DJ Mag earlier this year:

“I’ve known Mark almost since I was in high school. I met him when I first went to Philly. I taught at a school, and he was classmates with my boss. I went to go see him play Allen Iverson’s birthday party at the Palmer, which is an all-black club. I just thought, This guy is cool.”

He went on to say:

“Actually, me and Mark are doing a collab album. You know the album I did with Skrillex, Jack Ü? Me and Mark are trying to do something with disco music.”

So here we are, a few days into 2018 and Diplo+Ronson pop up on a Lineup for the first time. Though the picture remains a bit foggy, it can be assumed Diplo ain’t gon miss and his resume success with similar projects backs that statement. We can draw a few conclusions based on these past interviews, Diplo’s past and the relationship the two share, but there is still a lot to uncover. What we can expect is something completely different which will most certainly upset some devout fans. But, in the world EDM in which we live in today filled with redundencies and lack originality, this is something we should all be super hype about.

Stay tuned for more details in the very near future!