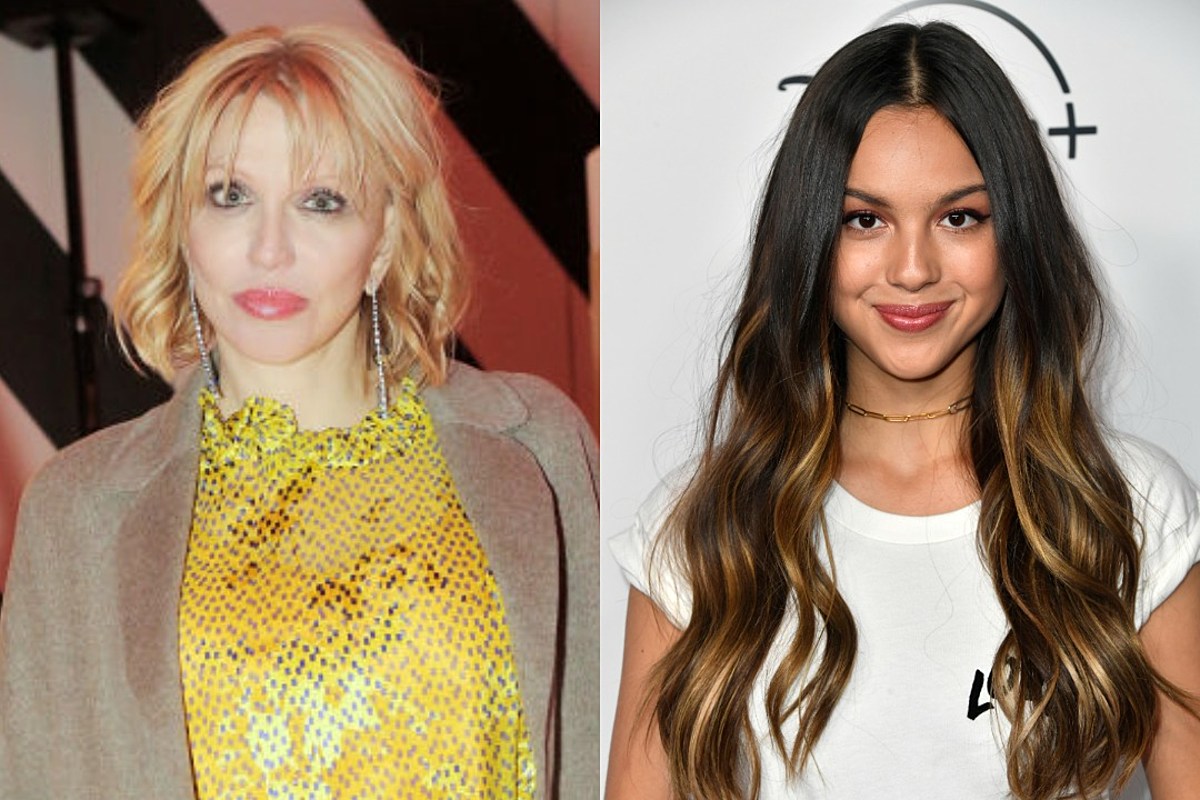 On Thursday (June 24), Love posted a screenshot of a promotional photo of the High School Musical: The Musical: The Series star posing as a crying beauty queen for her debut album, Sour.

“Spot the difference! #twinning,” Love captioned the photo comparing it to her former band Hole’s 1994 Live Through This album cover. A Facebook user inquired if Love was upset with Rodrigo.

“She didn’t ask. So bit of both. I dig manners,” Love responded.

Another social media user said that they believe this conversation shouldn’t be focused on who did it best but rather women supporting women. “The younger generation taking inspiration from the ones that paved the way,” they added.

Love quipped back, “Can prefer the version of my idea that she likes best. You’re lucky that she walked through fire for you now and is the revolutionary that she is. Allowing your life to be embodied and frail currently… Keep your ageist sexism to yourself here!”

Both photos do feature crying beauty queens holding flowers but Rodrigo’s was not used for an album cover. The majority of social media users agreed that it was a loose interpretation if anything.

Rodrigo responded to Love on her Instagram post, writing, “Love u and live through this sooooo much.”

Love seemingly responded to Rodrigo’s post by asking for flowers.

“@oliviarodrigo Olivia – you’re welcome. My favorite florist is in Notting Hill, London! Dm me for deets! I look forward to reading your note,” Love commented.

Earlier this week, Rodrigo’s team was accused of copying indie rock band Pom Pom Squad’s aesthetic. This followed a Twitter thread that went viral where promotional shots from both of the artists were compared.