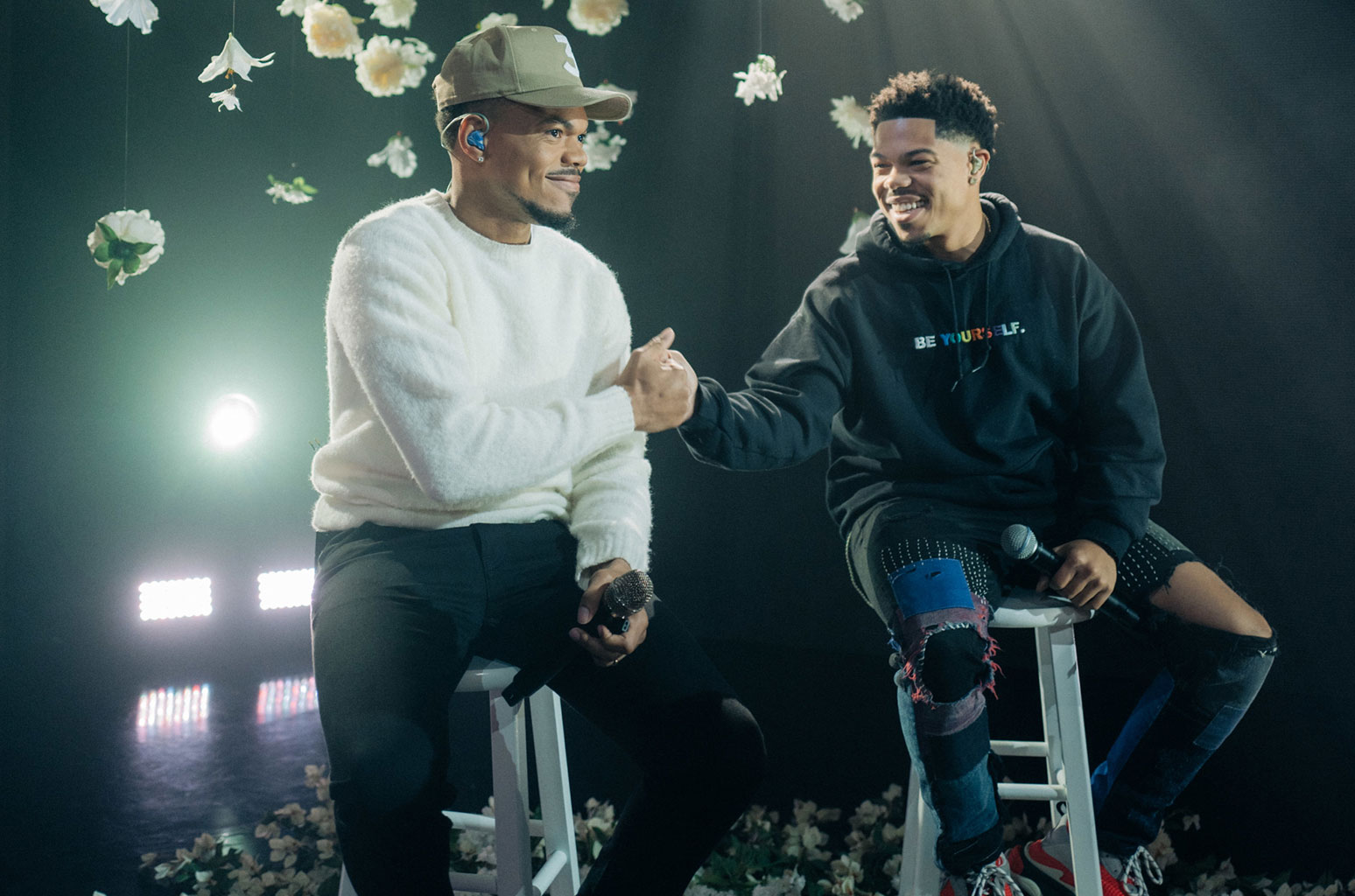 Talk about brotherly love! Chance The Rapper used his guest hosting stint on The Late Late Show with James Corden on Monday night (Dec. 16) to perform his song "Roo" for the first time live with brother Taylor Bennett.

Perched in front of a cascading waterfall of white flowers suspended in the air, the two siblings handily traded rapid-fire verses about growing up together on Chicago's South Side. "We come in peace but we don't come in pieces/ We on some tag team WWE s–t/ We look just alike, the prestige is so prestigious/ The splitting image of Lupita standing on them beaches," Chance rapped before tossing the second stanza to his younger brother.

The sentimental track is featured on 2019's The Big Day, which landed Chance the highest-charting entry of his career thus far when it bowed at No. 2 on the Billboard 200 last July. Ironically, the performance came the same day the star canceled his upcoming nationwide headlining tour in support of the album, which he had previously postponed to focus on spending more time with his family.

Check out the full performance of "Roo" — as well as Chance The Rapper's opening monologue and more — below.