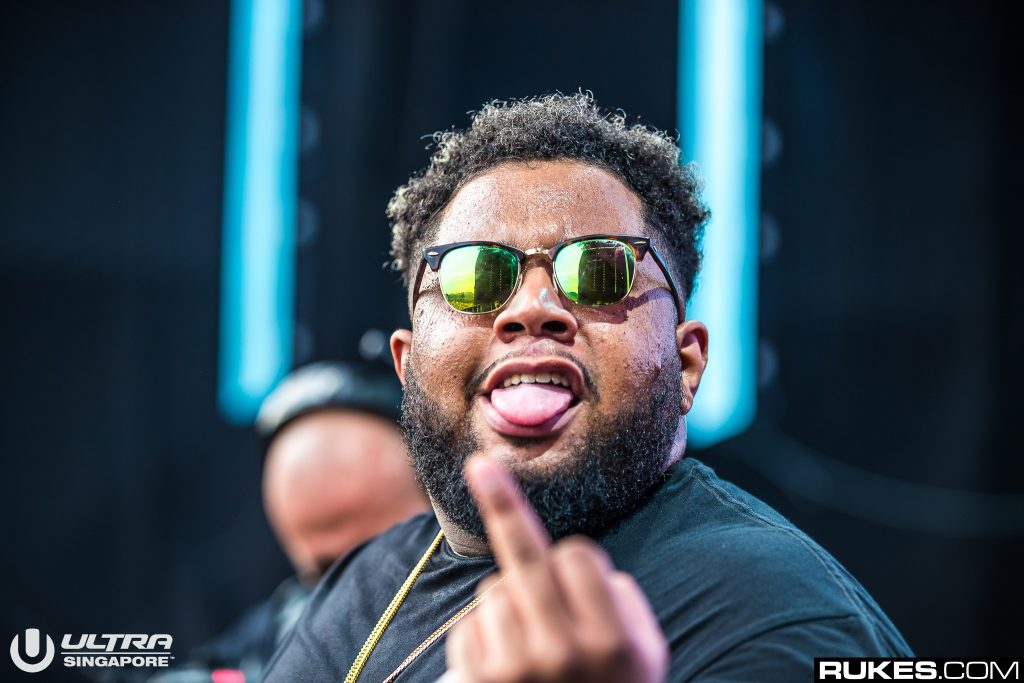 Carnage believes openers should go hard or go home, which goes to show it’s been a while since he’s been an opening DJ. The producer just tweeted out, letting aspiring DJs know they should “always bang it out” when given the opportunity because “it could make or break you!”

Contrary to what you may think, this is definitely not the best advice for DJs just starting off. Not only could it piss off the venue who booked you, but the artists, tour managers, and the list goes on. Opening is an art form — it’s important to play the night properly and respect the show’s headliner.

There are exceptions to this rule, as with any. However, the general consensus is that openers should rarely go as hard as possible. That doesn’t mean they need to be boring, either. Like we said, it’s an art form. There’s no right or wrong way to do it, but “bang it out” is probably not always the best option. Being a good DJ isn’t always about going hard.

With all of that being said, Carnage is giving the green light for his openers to do them. (Again, this doesn’t mean you should.)

His controversial advice has sparked debate on Twitter. Some support what he’s saying and others are voicing against it. We want to hear from you — sound off in the comments!

Openers should always bang it out… if the headlining dj gets mad at you… it just shows that they’re insecure… that one opening slot might be infront of an important agent or promoter… give it your all… it could make or break you !

I usually never play something an opener is playing… if your folder of music is diverse enough.. you don’t have to worry about the opener or anyone else on the bill… just do you !

I fuck with this

this is awful advice lol

when the opening DJ plays an all riddim set at 9, it fucks up the energy buildup/flow of a show, no matter how good the headliner is. also contrary to popular belief, you CAN play a fun/energetic set without dropping a million trap/dubstep bangers https://t.co/B9EANm95vN

The f**k this guy talking about https://t.co/c0uwJMzDGS

How many new up and coming djs careers will carnage end with this tweet?

May be different in America – but if u do this in Australia, that’ll be ur last gig https://t.co/NSO8PQRwTm

I like this. I always get nervous on support slots about going too hard but my manager @HackaPalooza always tells me to bang it out. And honestly it makes sense. I want the crowd to leave the show thinking that guy fucking killed it and I must know who he is. https://t.co/6tte8UlEYj

A lot of the comments in agreement assume playing a warm up set means you’ll play boring music. That’s the end of the topic right there for me. If you don’t know how to open a night without playing boring music you’re doing it wrong.

First thing a promoter wants is a professional.

Always put the event before your ego.

Anyone can be that DJ that hammers peaktime tracks to a half empty room early on.

This thread is full of a WHOLE lot of WACK and ELITIST energy. Seriously. Who do you think you are telling a DJ to NOT put their all into their set?

I don’t go to shows to see boring sets, opener or not. I go to lose my shit and rage out, from the moment I step in.

I think the key is to ensure a smooth transition for the headline act, if someone supporting me wants to go ham that’s fine, just chill it tf out for the last 5-10 mins so there is room for me to build up the pressure.

If you never want another gig in your life yes. It’s not YOUR night, it belongs to the crowd and all the DJ’s.