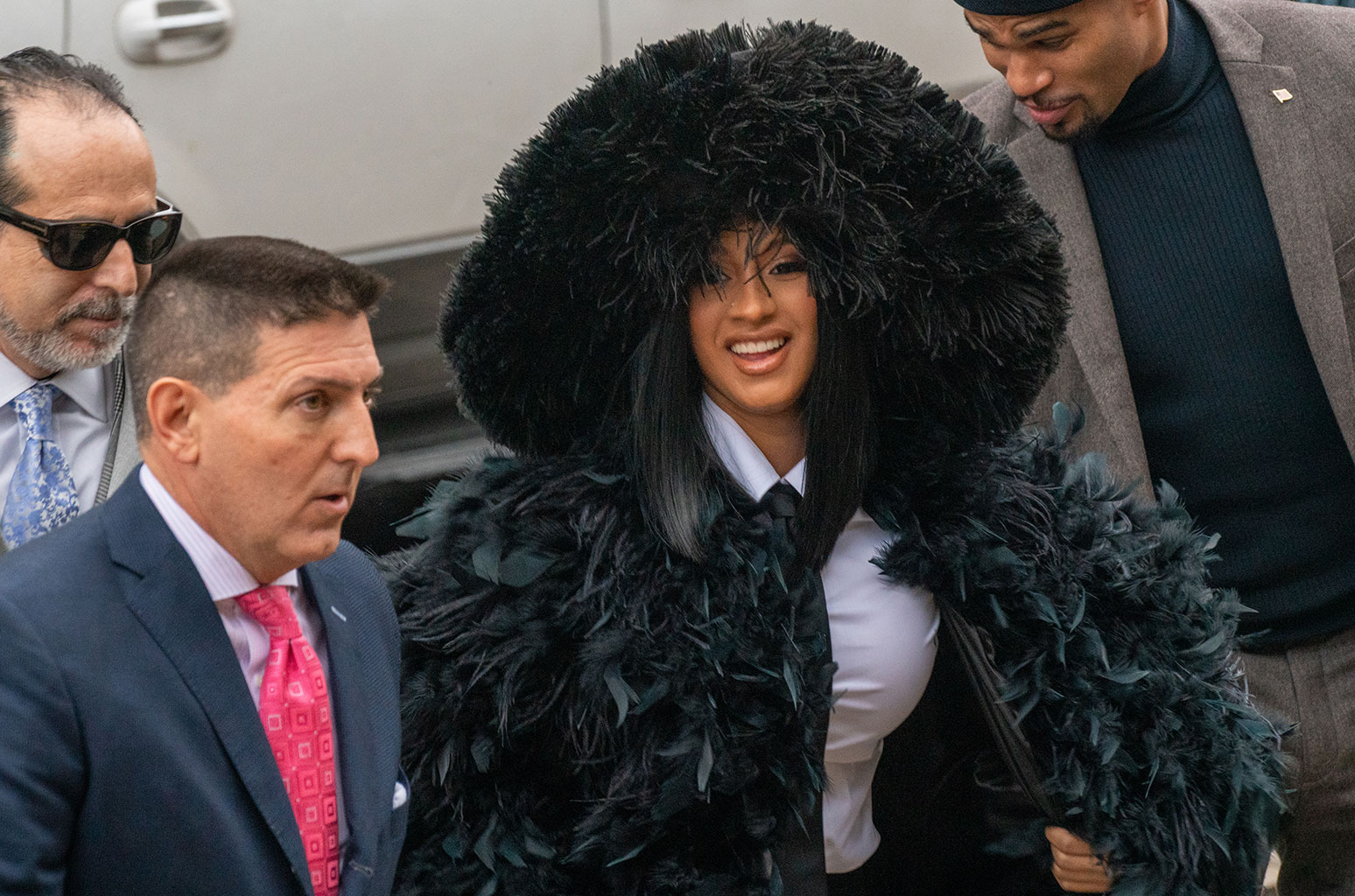 Cardi B turned up for a court appearance Tuesday (Dec. 10) in an attempted assault case, staying mum — except for fashion statements — as it proceeds. The Grammy-winning rapper sported a feather-trimmed black coat with a long train and a wide-brimmed black hat to her court date in Queens, where she faces felony charges stemming from an August 2018 fight at a strip club.

The court session centered on her lawyers’ efforts to get access to the alleged victims’ social-media messages. “We believe she’s innocent, and so we’re investigating all aspects,” lawyer Drew Findling said after the court appearance.

Cardi B whispered to him and attorney Jeff Kern in court but otherwise didn’t speak. She has pleaded not guilty, and her lawyers have denied she harmed anyone.

Police have said Cardi B, 27, and her entourage argued with a bartender at Angels Strip Club. The dispute sparked a bottle-and-hookah-pipe throwing fracas that caused minor injuries to the woman and another employee, according to police.

Born Belcalis Almanzar, Cardi B boasts chart-topping hits including “I Like It” and the Maroon 5 collaboration “Girls Like You.” She won a best rap album Grammy for Invasion of Privacy this year and has notched other honors, including the American Music Awards’ favorite rap/hip hop artist title.

See a pic of the epic court coat below.